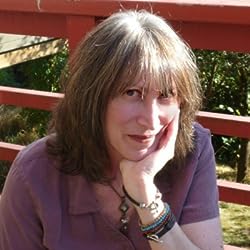 Gwynne: Why did you choose Mary Ann and Jaime?

I subbed to Mary Ann in Pitch Wars 2015. She passed on my manuscript, but gave me some stellar feedback. When I told her I had a vastly revised version of my story, she remembered it from last year, complimented me on it, and encouraged me to submit it. How could I say no, already knowing what a great mentor she’d make?

I loved Jaime’s mentor bio and planned to submit to her based on her obvious sense of humor and general… friskiness. When Mary Ann and Jaime teamed up, it seemed like an opportunity to win the lottery. I got my hands on a ticket and won!

Mentor: Why did you choose Gwynne/ALL SONGS ARE LOVE SONGS?

Mary Ann: As Gwynne said, she subbed to me last year, and hers was one of those subs I never forgot. When her entry came into my inbox this year, I flagged it right away, praying the book would hold up. And it totally did, but more importantly, she’d revised substantially from last year, tearing out whole points of view, without losing the heart of the story. That’s always a great sign when you’re about to send an author into an intense two-month revision period. Jaime and I knew she’d be able to meet the demands of this contest and take any feedback we threw at her. But it was the book that won us over. We gushed over Gwynne’s beautiful writing, her atmospheric settings, and seriously believable characters. As we fell in love with her story, we both found we shared a vision for shaping it into a more commercially marketable novel. All the magical PitchWars pieces fell into place for us to choose her—a great book with room to grow. The only problem was we weren’t the only ones who wanted her…

Gwynne: Tell us about yourself. What makes you and your MS unique?

I’ve done a lot of things and held a lot of careers, everything from office assistant to high tech writer/QA engineer/manager to licensed massage therapist. Once my son entered our lives I went freelance and did tech copy editing/proofreading and mentored other technical writers. But all those jobs pale in comparison to the time I spent working on stage & road crews. Maybe it’s not unique to say that music is my first and best boyfriend, but it’s true. I’ve had a chance to live in the world I’m writing about.

In the book I’ve taken the typical too-cool-rock-star-falls-for-girl-next-door trope and smashed it to smithereens. My romance is set behind the scenes on a major rock tour. The story explores the lives and loves of roadies and crew and the ones left behind, people we generally don’t see or even think about (there are too-cool rock stars in it too). Since I figure there are never too many roadie jokes:  carpe per diem!

Mentor: Tell us about yourself. Something we might not already know.

Mary Ann: I have a weird amount in common with Gwynne. I’ve held a million jobs including copy editor, teacher, computer programmer, but music has always been the center of my Tootsie Pop. We both seem to gravitate to similar musicians, too. I’ve volunteered more of my time in support of musicians than is healthy, and so it’s not surprising my mentor nickname on the spreadsheet this year was “Musicians are my junk.” As much as I love books, I love music more. The way my writer friends spazz about meeting authors, I spazz about seeing a concert from the foot of the stage. I solemnly swear I tried to find a non-musician book this year, but wouldn’t you know my top 3 choices inadvertently had a musician somewhere lurking around. But all of them were a unique twist on the rock music genre somehow—like how Gwynne’s captures the world to the side of the stage, just out of the spotlight.

Jaime: Well, I certainly haven’t had any music-related careers, but I’m a big fan of my brother and his band. Does that count? 😛 What I do have in common with Gwynne and Mary Ann is that I’ve also had a LOT of different jobs. I get bored very easily, which is why writing is really good for me. I can create my own world from the comfort of my own home, which really is a dream come true. 😀

What is it that people might not already know about me? This is actually a difficult question to answer considering I’m kind of an open book (ha!), but I suppose if I have to talk about something that NOBODY knows about me, it’d be–oh would you look at that! We’re out of time. DAMN. 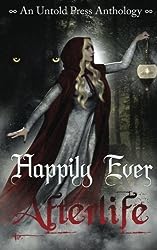 Hans and the Best Day Ever by G.L. Jackson After a seven-year apprenticeship with the Boss Lady, Hans decides it’s time to go home. Accompanied by Gabe, the two boys make their way back to the house in the woods where they hope to find Hans’ mother. Gabe is never at a loss for words but Hans is always quick to act on what might either be a fantastic idea…or the worst idea ever. 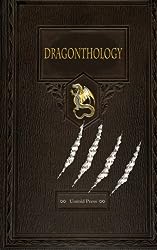 Enter the pages of the Dragonthology. No single story has ever been great enough to contain the mystical, wondrous creature known as the dragon. We assembled the greatest draconian tales and put them between the covers of a single tome to satisfy your hunger for everything dragon. Seven magnificent stories, ranging from science fiction to mystery, await you within. Seven stories from seven authors: G.L. Jackson, Jason Andrew, Marian Allen, Jay Wilburn, Troy Lambert, Sandra Graves, J.A. Campbell “Bold and unexpected! Every story in this new anthology took me someplace new, exciting and original. An eccentric and thrilling collection of seven dragon tales sure to please the already converted or turn a ‘meh’ dragon person like myself into a bona fide fan for life!!” ~ Rusty Fischer, author of Zombies Don’t Cry

And Mary Ann Marlowe’s latest release SOME KIND OF MAGIC . . .

Biochemist Eden Sinclair has no idea that the scent she spritzed on herself before leaving the lab is designed to enhance pheromones. Or that the cute, grungy-looking guy she meets at a gig that evening is Adam Copeland. As in the Adam Copeland—international rock god and object of lust for a million women. Make that a million and one. By the time she learns the truth, she’s already spent the (amazing, incredible) night in his bed…

Suddenly Eden, who’s more accustomed to being set up on disastrous dates by her mom, is going out with a gorgeous celebrity who loves how down-to-earth and honest she is. But for once, Eden isn’t being honest. She can’t bear to reveal that this overpowering attraction could be nothing more than seduction by science. And the only way to know how Adam truly feels is to ditch the perfume—and risk being ditched in turn…

Smart, witty, and sexy, Some Kind of Magic is an irresistibly engaging look at modern relationships—why we fall, how we connect, and the courage it takes to trust in something as mysterious and unpredictable as love.

And Jaime Loren’s WAITING FOR APRIL . . .

April Fletcher has died nineteen times… but she doesn’t know it.

As far as April is concerned, she’s just a normal seventeen-year-old, looking forward to spending spring break with her friends and going to college in the fall. April doesn’t know she has never lived past her eighteenth birthday, nor does she realize that Scott Parker, her best friend, is actually her childhood sweetheart and fiancé from her very first life.

For nineteen-year-old Scott Parker, spending quality time with his soul mate has proved difficult ever since her tragic death in 1729. Since then he has lost her an additional eighteen times—each of her deaths more devastating than the last, and each of her births wiping the slate of her memory clean. Unable to save her but unwilling to give up, Scott has to hide the fact he’s immortal—and will be until April confesses her love again.

But this time, things have changed. April has denied her feelings for him, is dating someone else, and with her eighteenth birthday fast approaching, their friendship is falling to pieces. Fearing their souls are irrevocably drifting apart, Scott must race against the clock to win her heart and save her life.

Or risk losing her forever.