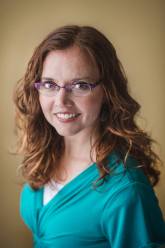 Kit: Why did you choose Rosalyn and Erin?

Truth is I almost didn’t.

Although A COURT OF MIRACLES matched their Wish List, I was a little intimidated by; their upcoming books (Blood Rose Rebellion & Ever the Hunted), the gorgeousness of their covers (no but seriously, those covers! http://amzn.to/2bRSumk & http://amzn.to/2bEnEg8 ). I thought I didn’t stand a chance applying to them.

A few other (amazing) mentors had already expressed interest in my pitch but Rosalyn and Erin were less present on social media so I reached out on twitter and asked them very pointed questions. During the live-chats Rosalyn mentioned liking literary writing styles and I thought I could count myself out completely.

But in the end I’m also very ballsy so I figured why not try to shoot for the stars? And look where it got me CUE INSPIRATIONAL MUSIC.

Rosalyn and Erin: Why did you choose Kit?

Kit’s story stood out from the very beginning–the voice was so immediate and different. She’s created a vivid alternate historical Paris that’s a character in its own right: dark, dangerous, heart-breakingly beautiful. We loved the world and the characters, particularly Nina (aka Eponine), who’s strong, resourceful, smart, and loyal. And who *wouldn’t* be intrigued by a story that promises a Les Miserables and Jungle Book retelling and delivers on both?

Rosalyn and Erin: Summarize your mentee’s book in three words.

Kit: Tell us about yourself. What makes you and your MS unique?

A COURT OF MIRACLES is nuts. It’s a retelling of the Jungle Book and Les Miserables set in an alternate historical Paris where the French Revolution failed and the underworld is run by 9 criminal guilds.

The story was born of my life-long frustration at the insta-love between Marius and Cosette in Les Mis, in the face of Eponine’s awesomeness (she’s a self educated literate thief who takes a bullet for Marius. JUST SAYING!) After watching the new Jungle Book movie and re-reading the books, the two ideas crashed into each other; a vulnerable man-cub in a dangerous jungle is much like an innocent little girl (Cosette as a child) in a violent criminal underworld.

I am a half Mauritian half British dyslexic writer of colour who was dragged up all over the globe (lived in London, Paris, Mauritius, USA and D.R.C, Africa). I speak French and English and read and write incredibly fast.

I found out about Pitch Wars 6 weeks before the sub deadline when all I had was pages of research notes and an outline. I thought it was a magical unicorn of opportunity, which at worst would kick me into working hard to get my book done to a deadline. So I wrote the hard and got it done in 1.5 months before collapsing into a quivering heap murmuring about monkey names and French cakes.

Rosalyn and Erin: Tell us about yourself. Something we might not already know.

Rosalyn: As a senior in high school, I painted my school mascot in the center circle on the basketball court (the administration even paid me to do it!).

Erin: In high school, I was once arrested and taken to the police station for breaking city curfew! 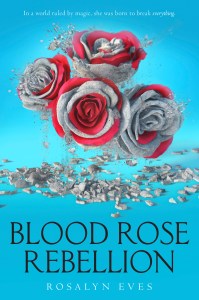 In an alternate Victorian England where social prestige stems from a trifecta of blood, money, and magic, sixteen-year old Anna Arden is barred from the society she yearns for by a defect of blood. She believes herself Barren, unable to perform the most rudimentary spells. Anna would do anything to belong, but after inadvertently breaking her sister’s debutante spells, Anna finds herself exiled with her aging grandmother to her grandmother’s native Hungary.

But in Hungary, Anna finds that nothing about her world or her own lack of magic is quite as it seems. Fissures in the Binding that holds her world’s magic are expanding, and the ancient creatures bound by that spell beg Anna to release them. As rebellion sweeps across Hungary, Anna’s unique ability to break spells becomes the catalyst everyone is seeking. In the company of nobles, revolutionaries, and Romani, Anna must choose: deny her unique power and cling to the life she’s always wanted—or embrace her ability, destroy the Binding, spark a revolution, and change the face of magic itself.

Set near the height of the Austro-Hungarian empire, this romantic novel will appeal to fans of Leigh Bardugo’s Grisha trilogy and Naomi Novak’s Uprooted.

You can add it to Goodreads here or pre-order from Random House, Barnes & Noble, and Amazon. Seventeen year-old Britta Flannery is at ease only in the woods with her dagger and bow. She spends her days tracking criminals alongside her father, the legendary bounty hunter for the King of Malam—that is, until her father is murdered. Now outcast and alone and having no rights to her father’s land or inheritance, she seeks refuge where she feels most safe: the Ever Woods. When Britta is caught poaching by the royal guard, instead of facing the noose she is offered a deal: her freedom in exchange for her father’s killer.

However, it’s not so simple.

The alleged killer is none other than Cohen McKay, her father’s former apprentice. The only friend she’s ever known. The boy she once loved who broke her heart.

She must go on a dangerous quest in a world of warring kingdoms, mad kings, and dark magic to find the real killer. But Britta wields more power than she knows. And soon she will learn what has always made her different will make her a daunting and dangerous force.