We’re so excited whenever one of our mentees gets an agent offer or a publishing deal. Celebrating these successes is one of our favorite parts of the Pitch Wars process. We hope you can join us in congratulating Syed Masood and his mentors, Marty Mayberry and Léonie Kelsall. Syed signed with Melissa Edwards of Stonesong Literary Agency, and we couldn’t be happier for him!

Syed, what was it about Lee and Marty that made you choose to send them a Pitch Wars application?

I discovered Pitch Wars a day or so before submissions opened and decided to try my luck. Unfortunately, in my haste, I misunderstood how the contest worked. Instead of submitting to mentors based on their wishlists, I found mentors who had favorite books that I thought were like mine. (This is a bad idea, by the way, in case any PW hopefuls are reading. Don’t try this at home.)

Predictably, this meant that my MS wasn’t a good fit for anyone I had submitted to. It was my incredible good fortune that Lee and Marty spotted my MS, read it and rescued it. I still can’t believe it happened, and I am so grateful that it did.

I’m on submission to editors now. My PW MS may or may not get published. If it does, the book will contain an acknowledgement I’ve already composed, but not yet written. It is for Lee and Marty.

Lee & Marty, what was it about Syed’s OTHER PEOPLE that hooked you?

Marty: Oh, gosh, his voice. Syed’s first chapter grabbed hold of me on page one and didn’t let go. Syed’s entry was passed to us by another mentor, and I snuck a peek during work (shhhhhh). I couldn’t stop reading. And DM tweeting Lee (who is 14 hours ahead of me in Australia and was likely sleeping). I wanted her to get up NOW and read, and then tell me she loved the entry as much as I did so we could pick it.

LEE: …and I DID get up and read, and then couldn’t put it down. The messages were flying thick and fast between Marty and I, each scared the other wouldn’t love it ‘enough’. But it was an absolute no-brainer. The voice was witty, intelligent and compelling. We were literally quoting lines to one another …”Have you read this bit yet…xxx”. There were also a few moments of “are we good enough to actually be able to help this?”

Syed, tell us about the revision process for Pitch Wars?

It was intense. We did two full revisions. My mentors sent me a detailed edit letter, and over four hundred in-line notes over those two revisions. We also exchanged over a hundred emails discussing the book and my writing, not to mention extensive Twitter conversations.

They were astonishingly patient with me, but they also weren’t afraid to push me. They had me rewrite one important scene, in particular, over four or five times. It got to the point that I told my wife I couldn’t do what they wanted because I wasn’t skilled enough. I never told my mentors this because I didn’t want to disappoint them. So, I kept rewriting, and because Lee and Marty believed in me, I began to believe too, and suddenly, I found the skill they somehow knew I had. It was an eye-opening moment for me as a writer.

Marty & Lee, tell us about your experience mentoring Syed.

LEE: Syed was always quick to respond and was able to understand and work with even my less-than-articulate suggestions (some of our lengthy conversations happened at very odd hours!) He was prepared to consider and discuss everything we proposed, and happy to do multiple rewrites to produce what we believed would be an enhanced manuscript.

é Syed is brilliant and funny and a pleasure to interact with. Lee & I aren’t mentors who make demands, but we did have some ideas we hoped Syed agreed would improve his MS. Fortunately, he was on board with just about everything we suggested.

Syed, after Pitch Wars, you signed with Melissa Edwards of Stonesong. Please, tell us about “The Call.” We love all the details about the offer, how they contacted you, how you responded, celebrations, emotions . . . How long did you have to wait and how did you distract yourself? Anything! We love hearing about all of it.

Melissa sent me an email asking me if we could set up a phone call, and I was obviously ecstatic. I read all kinds of articles on how to handle “The Call”, did my research regarding the agency, etc.

The Call itself was great. I mean, I was super nervous, and I was pacing really fast during the whole thing. By the time I got off the phone, around forty-five minutes or so later, my FitBit told me I’d gotten most of my steps for the day in!

Anyway, I think Melissa figured I was nervous, and she was very kind. We obviously shared a vision for the MS, and that was very exciting. More than anything else, I felt that the book was important to her, just as it was to me, and that was a wonderful feeling. It is very validating to have someone who works in publishing get why you are raising your voice to speak. I’m really glad to be working with her.

Syed, how do you feel Pitch Wars helped with your success?

Pitch Wars changed the way I write. When I write a sentence now, I think to myself, ‘what would Marty say about this?’ or ‘how would Lee make this better?’ I’ve internalized their editorial voices to a certain extent, and as they both excel at the craft, I’m a better writer for it. That, more than anything, is a gift that is difficult, if not impossible, to repay.

Now for some fun! The following questions are for you both to answer.

Marty: Alicia Keys can compete for me on The Voice!

LEE: Um, I never watch television (nope, not even the news), so have no idea of game shows.

Syed: Wheel of Fortune, I guess. It doesn’t really matter what game show it is, I’m bringing Hermione Granger. She’s brilliant, and she has a Time-Turner, so we can beat all the clocks.

You only have two hours to finish edits, what do you grab–coffee, tea, wine, hard liquor, or some fictional drink–to fuel you through the time crunch?

LEE: COFFFEEEEE. I grind my own beans and am a not-too-shabby barista. Yet I gave up caffeine for five months, and I swear my WIP at that time was slower progress than anything I’ve ever written.

Syed: I swear I read things other than Harry Potter…but I’m going back to the Potterverse for this question. In that scenario, I’m grabbing some Polyjuice Potion and changing myself into Stephen King. With amazing productivity, I’d get through the edits no problem. (And yes, I know that’s not exactly how Polyjuice Potions works, but I’m sticking with my answer.)

Who is the biggest supporter of your writing? What fictional character would best describe this person?

Marty: My agent, Jessica Watterson, and my CPs

LEE: Tough call between my kid (though she’s the harsh, crack-the-whip-and-stopwhining kind of supporter) and a bunch of my lovely CP’s, particularly the ones with broad shoulders and a talent for verbal back-patting (looking at you, Marty!)

Syed: Without question, my wife. I write for her, and I write because of her. There have been so many times that I’ve been discouraged, or close to giving up, and she’s always lifted me up.

Austen is her favorite, so I’m going to go with Austen for this one and say Jane Bennet from “Pride and Prejudice.”

LEE: Enid Blyton, we’d sit in the Magic Faraway Tree and have high tea with Silky. I’m quite certain we’d converse in plummy 1950’s British accents, and be terribly proper.

Syed: Mohsin Hamid is my favorite author, and I’d love to meet him some day. He can show me around Lahore, though I probably won’t want to leave Food Street, and I can just talk to him about writing, the process, what learning the craft from Toni Morrison was like, etc.

Marty: the library at our local college

LEE: Surprisingly, I’ve found balancing my laptop on my knee while sitting on the bench seats in the middle of shopping malls, surrounded by a constant flow of people, works really well for me.

Syed: I have a study…sort of. I have two kids, three and one, and they refuse to sleep in their own room, so I’ve taken over it. There is a desk, a desktop, and a whole bunch of books there.  That is primarily where I write. 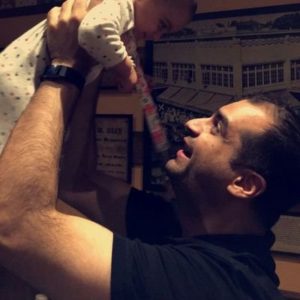 Syed Mushahid Masood grew up in Karachi, Pakistan, and currently lives in Sacramento, California, where is a practicing attorney. He received his J.D. from the William and Mary School of Law, after attending the University of Toronto, where he studied English Literature. He wrote a few couplets in Urdu when he was a teenager, and his family still tells everyone he is an Urdu poet. He is not. His passions include good food, dress shoes, sitcoms, and books of all kinds. 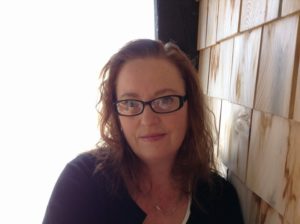 Marty Mayberry writes adult and young adult fiction. When she’s not dreaming up ways to mess with her character’s lives, she works as an RN/Clinical Documentation Specialist. She has a BA in International Affairs in German and an Associate’s Degree in Nursing. She lives in New England with her retired Seabee Chief husband, children, and three neurotic cats. She’s a member of SCBWI, YARWA, and a PRO member of RWA.

She’s represented by Jessica Watterson of the Dijkstra Agency. 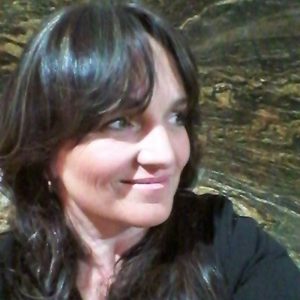 A Professional Counsellor, Léonie (Lee, because no one can pronounce her name and finding the correct key code to type é is even more difficult!)  lives in the wilds of Australia. Okay, not so much the wilds, as in a country town…but it is inhabited by a generous mix of  bitey, stingy, poisonous varieties of Australian wildlife, frequently featured on her Twitter feed.

Drop by and say hi (you do actually need to say hi, she doesn’t auto follow!) on only of these SM sites, and she’ll follow back:
Can be found procrastinating on Twitter @leehotline

Or neglecting her blog at leehotline.wixsite.com/leoniekelsall