Helping people succeed in the publishing industry is one of the most satisfying parts of our job. Today, we celebrate the success of Taryn Bashford and her mentor, Emily Martin! Taryn signed with both Tara Wynne of Curtis Brown Australia and Katelyn Detweiller of Jill Grinberg Literary Management. Please help me celebrate and support Taryn in her amazing (and complicated) success story.

Taryn, what made you decide to send a Pitch Wars application to Emily?

It’s a long time ago to remember every detail of why I chose Emily but I do remember reading the description of her novel, The Year We Fell Apart, and it likened her to Sarah Dessen. That was all I needed to know! Of course she was also keen on contemporary YA and seemed very approachable on her social media platforms.

Emily, what about Taryn’s application made you choose her?

Because her MC is named Harper, which is the name of my MC in The Year We Fell Apart! No, just kidding…

Taryn’s query and first pages gave me a clear idea of the heart of the story and the stakes for her characters, which definitely hooked me. Her writing also had such a beautiful voice that balanced in the sweet spot between literary and commercial. I fell in love with the characters and world she’d crafted after the first couple chapters and when I read the full, I knew it was The One!

Taryn, tell us about the revision period for Pitch Wars. Did you follow a schedule? What struggles did you have? What did you learn about yourself during the process? Did you sleep? What was your stress snack of choice?

It was actually way less stressful than I thought. Emily was quick to get my edits to me, which helped, of course. As I write full time, it was easy to focus and I kept to my usual writing routine and shut myself in my writing room (no wi-fi) from 8am to 3pm every day and then some more most nights. The revisions were not enormous and we were soon on to a second round of refinements before working on the first 250 words to be published on your website for agents to see. That was way harder than I thought it would be and in a fit of self-doubt I wrote 4 or more different opening scenes before choosing the original one I wrote. Oh well! My stress snack of choice? Skittles – or anything chewy that kept me awake when I should’ve been sleeping, but couldn’t because I was so excited about all of this. I reckon if you’re chewing you can’t fall asleep…seems to work. We submitted our finished version a couple of weeks early, so big pat on the back for Team Lionheart.

Emily, tell us about your experience with mentoring Taryn.

Taryn is such a hard worker, not afraid to tackle any kind of feedback. I had a really great time diving into edits with her, because she gave such a thoughtful approach to all of her revisions. She did a wonderful job incorporating my thoughts, and if there was any piece of feedback she didn’t agree with, she would make her case in a considerate way, and we always reached agreement. 🙂 I’m so proud of all the work she’s done, and so excited for readers to fall in love with these characters!

Taryn, after Pitch Wars you signed with both Tara Wynne of Curtis Brown Australia and Katelyn Detweiller of Jill Grinberg Literary Management, tell us about “The Calls.” How long were you on submission? What did you do to distract yourself? How did they contact you? How did you respond? How did you celebrate? Anything! We love knowing it all.

The call happened twice – first with Curtis Brown and then as a group call to New York with Jill Grinberg Lit Management. We discussed how we will work together more than anything else. I asked the usual questions about communication, submission policy and what they thought of my novel. I was on submission for 6 months, having received 17 requests for fulls. To distract myself during this time I wrote another novel (still being revised, but it’s a companion novel to the Pitch Wars novel) and taught myself a lot about social media because when that moment comes and I have a publisher, I want to be ahead of the game with my marketing.

It helped me in two ways. Firstly, of course the work that Emily I did on the MS ensured it was tight and the best it could be. It felt really refined and ready to submit after Pitch Wars. Secondly the friendships made with other mentees. The secret Facebook group I’m now a part of is a lifeline when you need support, advice, feedback—well anything really. Writing is a lonely profession and if you’re doing it full time, it’s easy to become isolated.

Now for some fun! The following questions are for you both to answer: Taryn: I’m with Joe from Jandy Nelson’s The Sky Is Everywhere and we’ve got takeaway sushi which we’re eating while up a tree—on the highest branch we can get to. I’m a bit of an adrenaline and tree climbing junkie—at my last writer’s retreat I climbed the tree outside the kitchen regularly to free the cobwebs from my brain and also found myself hanging from an abseiling rope 2000m above the ground.

Emily:  Let’s see… Me and Jay Gatsby are at a cafe in Paris, binging on macarons while he regales me with possibly embellished but completely captivating stories of how he became a war hero and how he plans to win Daisy back.

Taryn: Jenny Han. On all my social media contact with her she seems so game for a laugh and I reckon I could talk her into climbing a tree with me—or jumping off a bridge perhaps.

Emily: Brenda Drake, because I still haven’t met her IRL and that makes me sad! We would wander bookstores and eat lots of goodies, of course!

What book character or movie character best describes your personality?

Taryn: I have too many split personalities to answer that one without upsetting some part of myself!

Emily: Ahh! Maybe… Emma Stone’s character in Easy A? Because I am sarcastic and dorky and have a tendency to laugh at my own jokes.

You just won a spot on The Amazing Race what fictional character do you team with and what makes him/her/it a good match for this adventure?

Taryn: I’ve promised to enter with my son when he turns 18, so not sure I should answer this question. Gun to my head? Shrek because he’d be happy to eat the 100 year old eggs and the wasabi filled seaweed wraps, and he could carry me when I got tired.

Emily: Luna Lovegood, because she is always my imaginary partner in crime! Plus she’d be able to spot the nargles.

Taryn: My writing room. My family know not to interrupt me when I’m in there, and I have no email/wi-fi in that room.

Emily: My office, bringing plenty of tea and chocolate along with me.

What fictional character would best describe your mentor/mentee (alternate)?

Taryn: Anne Shirley of Anne of Green Gables: warm, approachable, encouraging, without being a pushover

Emily: Oh, this is hard! Not a perfect match, but there is some Hermione Granger in Taryn. She’s super hard working and articulate. But she has less frizzy hair. 🙂

Taryn: Pitch Wars is more than a writing competition; you will learn so much more than how to improve your manuscript or how to pitch to an agent. For instance, six months on I’m still learning about the industry and other people’s writing processes, I’m sharing tips and gaining support from people just like me, and I’m finding great critique partners and making friends for life.

Emily:  I’d just like to say thank you to Brenda for all that you do for the writing community. Having been on both sides of this contest, it’s changed my life and career and has introduced me to so many wonderful writers. Every year, it’s an invaluable experience!

Thank you for sharing your success story. We couldn’t be happier about it – CONGRATULATIONS! 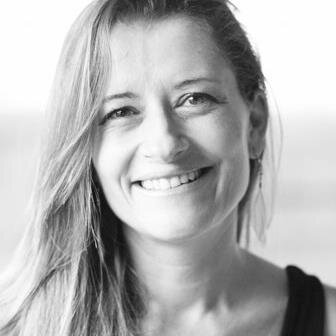 Taryn Bashford was born in South Africa but her parents soon moved the family to the more stable homeland of England. Taryn went to St Martin’s School in Shenfield, Essex, where she enjoyed English Literature, editing the school magazine for six years and competing in many sports including swimming, track & field, cross country, badminton, basketball and hockey.

After high school Taryn worked as an au pair in New York City before studying English Literature at Exeter University in Devon. Taryn hoped to get into journalism or editorial but found the recession meant these jobs were in short supply.

She targeted publishers, none-the-less, and ended up in an advertising sales role at Haymarket Publishing. Eight short years later, at the age of 29, (having had a stint backpacking around the world including six months as a chalet chef in Colorado, and skipping across 42 states in the USA, plus China, Egypt and Europe) she was heading up Carlton Television’s Internet Agency and was one of the youngest CEOs in London.

Having reached her career goals, Taryn decided she needed to get back to her writing. She emigrated with husband Mark, to Sydney Australia where they hoped to enjoy a more laid back lifestyle. However one recruitment business and two children later, Taryn was no further toward her goal of becoming a full time writer. The family moved to Queensland Australia to facilitate her new role as a health freelancer on a food intolerance website, and in the hope she could turn her hand to writing full time.

This finally happened in 2013 when Taryn wrote Sassy Jam which won Varuna House’s Writing Fellowship later that year and then in 2014, the Publishing Introduction Program with Varuna House in conjunction with Scribe Publishing. Taryn was also awarded a local art’s council grant for promising new artist. Taryn finished the Sassy Series before turning to the world of tennis and completing Game Face. Game Face was one of the winners in Pitch Wars USA 2015 and was short-listed for the Publishing Pathways competition run by Varuna House and in conjunction with Pan Macmillan Publishing in February 2016. Emily Martin lives and writes in the Greater Boston area, though she will always call Michigan home. She has a penchant for impromptu dance parties, vintage clothing, and traveling to new places. When not writing, she can be found hiking New England’s peaks, searching for the perfect cup of hot chocolate, or baking something pumpkin-flavored.

Her work is represented by Lara Perkins of Andrea Brown Literary.