Michelle Hauck (Mentor), tell us a little about yourself.

I love many types of books from biography and history to commercial fiction, but my favorite stories are epic fantasy. I’ve written dystopian and humorous middle grade, but always come back to the wide ranging stories of intense world building in epic fantasy. I’m a geek who obsesses over Supernatural and the Marvel universe movies and tv. I’m into all things Star Wars and Star Trek. Don’t get me started on the Lord of the Rings. I’d rather have books and dvds then the best vacation or choicest steak, though I might trade some for chocolate.

Kat Hinkel (Mentee), tell us a little about yourself.

I love stories in all forms. I write (novels and songs), read copiously, seek out immersive theater, and host elaborately themed parties. Some of my other interests include entrepreneurship, the internet of things, and Old Fashioneds. I live in Philadelphia, but in my dreams I often live in London.

Alivya Leighton (Mentee), tell us a little about yourself.

I am a Midwest writer in my early thirties. I teach creative writing, literature, and composition to undergrads, but I’m taking a year to myself to dedicate my time to writing. Follow me on Twitter!

Michelle,  why did you decide to participate in Pitch Wars?

I love contests and giving back to other writers. Plus, let’s be honest, it’s fun! It’s fun to interact on twitter and be part of something so huge. I’ve met so many new friends with the other mentors and the writers. Who wouldn’t want to share their knowledge and interact with the writer community!

Kat, why did you decide to participate in Pitch Wars?

I finally made the commitment to put my work out there, and I decided that Pitch Wars would be an incredible way to support my goal of publishing. Simply connecting with others who are on the same path is one aspect of the contest, and getting the insight and assistance of an experienced author is another. It’s similar to a novel, really. You need both the wise mentor and your allies, ultimately, to achieve your goals.

Alivya, why did you decide to participate in Pitch Wars?

There comes a time when the tinkering needs to come to an end. It’s time for the next step.

Michelle, what are you most excited for?

Like Anne of Green Gables, I want to make that connection with kindred spirits. To find other writers who love fantasy as much as I do and have the same joy of creating their own worlds. My mentees knocked me out with their talent and imagination. I hope I can impress them as much as they have impressed me.

Alivya, what are you most excited for?

The prospect of finally sharing a story that means the world to me with anyone who wants to read it.

Kat, what are you most excited for?

Two things: Getting feedback from Michelle, who is a fantastic writer, and has a keen eye. The combination of her experience (as a writer) and her curiosity (as a reader) is already priceless. Also, our Facebook mentee group has been incredibly helpful and fun! I look forward to watching everyone else as they progress.

Kat, describe your novel in 3 words.

Alivya, describe your novel in 3 words.

I love stories in all forms. I write (novels and songs), read copiously, seek out immersive theater, and host elaborately themed parties. Some of my other interests include entrepreneurship, the internet of things, and Old Fashioneds. I live in Philadelphia, but in my dreams I often live in London. 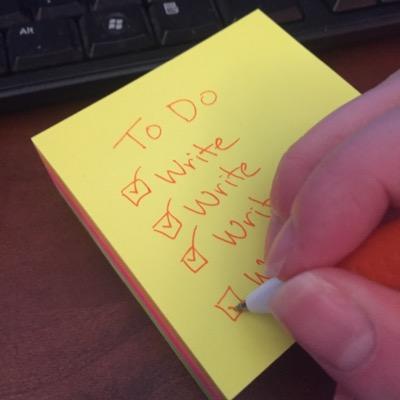 I am a Midwest writer in my early thirties. I teach creative writing, literature, and composition to undergrads, but I’m taking a year to myself to dedicate my time to writing. Follow me on Twitter!

I write all sorts of fantasy, from adult to middle grade. I am the co-host of the yearly contest Query Kombat, Nightmare on Query Street and others. My epic fantasy, KINDAR’S CURE is published by Divertir Publishing. A trilogy of epic fantasy, BIRTH OF SAINTS, will be published by Harper Voyager, starting with GRUDGING on November 17, 2015.

Michelle’s GRUDGING releases November 17, 2015 and is available for pre-order now! 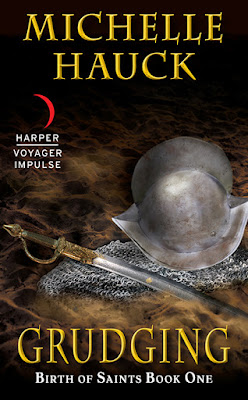 Amazon Pre-order | Add it to Goodreads
A world of chivalry and witchcraft…and the invaders who would destroy everything.

The North has invaded, bringing a cruel religion and no mercy. The ciudades-estados who have stood in their way have been razed to nothing, and now the horde is before the gates of Colina Hermosa…demanding blood.

On a mission of desperation, a small group escapes the besieged city in search of the one thing that might stem the tide of Northerners: the witches of the southern swamps.

The Women of the Song.

But when tragedy strikes their negotiations, all that is left is a single untried knight and a witch who has never given voice to her power. And time is running out.

A lyrical tale of honor and magic, Grudging is the opening salvo in the Book of Saints trilogy.