Dionne McCulloch (Mentor), tell us a little about yourself.

I’ve always had my nose in a book and love reading pretty much everything although I’m not a massive fan of lacy-skirted historical fiction or romance. Give me a hair-raising horror or adventure story any day! My earliest childhood dream was to be a writer but then I diverted into being a TV producer, traveling through Africa, playing in a rock band and having 3 kids before I finally got around to it. I kept telling myself–it’s all research!

Fiona McLaren (Mentor), tell us a little about yourself.

I enjoy reading pretty much everything, though I’ll make everyone gasp in horror and say that I’m not a huge classics fan (or romance!). There are some I love (Dickens & Shakespeare) but there’s a lot that isn’t to my taste. I adore YA of all strokes, older fantasy MG, childrens/adult crossover books, adventure, mystery and crime. Writing style? Probably a bit more purple than it should be! Fun facts…hmmm…I can drive a horse and carriage, I wrote my first novel at 16 (120k!), when I was 15 I wanted to change my name to Rebecca, and my elbows turn out the wrong way!

Joe McCourt (Mentee), tell us a little about yourself.

I’m all over the place when it comes to reading, though I tend to lean toward adventure tales, particularly Middle Grade. My favorite book as a kid was BIOGRAPHY OF A GRIZZLY by Ernest Seton-Thompson (written before you were born) and ever since then, I’ve had a real soft spot for animal stories, like THE CALL OF THE WILD, WHITE FANG, BABE THE SHEEP PIG and THE ART OF RACING IN THE RAIN. I was lucky to find the inspiration for my story right in my own back yard.

Dionne, why did you decide to participate in Pitch Wars?

Because you learn a lot as a writer from editing. More importantly is the immense reward of finding a mentee with whom you gel, whose story really grabs you, and who you can help to push their work to the next level.

Fiona, why did you decide to participate in Pitch Wars?

Because it took me a long time to come across the writing community and when I did it helped me in ways I cannot even begin to explain. I’d love to pass on what I’ve learned in the hopes that someone can get at least a smidgen of use out of it.

Joe, why did you decide to participate in Pitch Wars?

It was all about the opportunity to work with a seasoned professional (in my fortunate case, two professionals) who could help me polish my manuscript. I also knew I’d get in because there’s a secret law that people whose last name begins with “Mc” must help each other out. Just kidding about that last part.

Dionne, what are you most excited for?

Reading Joe’s finished work to my kids–it’s going to be fantastic.

Fiona, what are you most excited for?

Halloween? Lol. Seriously though, the bit I am excited about is working on the amazing book me and Dionne chose and getting the chance to read it over and over again!

Joe, what are you most excited for?

I don’t know if I’ll get a book deal or an agent as a result of PitchWars — and that’s okay — but I do believe I’ll come out of this a better writer, thanks to my wonderful mentors. That’s the ultimate goal.

Joe, describe your novel in 3 words.

Joe is a Graphic Designer / Copywriter / Advertising Creative Director / Illustrator / Web Programmer depending on what his clients need at any particular time. His commercial work has appeared in print. His scripts have been recorded for broadcast. He and his wife have enough pets that they could name each of them after one of the Von Trapp children or a Horcrux, though they might sound foolish scolding Rowena Ravenclaw’s Diadem for using the furniture as a scratching post. Follow me at Twitter but not too closely because I brake for animals.

Dionne lives in England and is a YA writer represented by Writers House in NYC, a long and short-list judge for the Bath and Caledonia novel awards, and a PitchWars 2014 and 2015 mentor. She is an editor for CornerstonesUS and UK. She is currently ghostwriting a feature film, and has previously written scripts for TV. She was once a White House intern and copyedited speeches for President Bill Clinton. 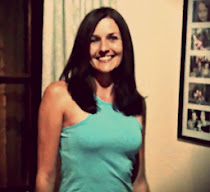 Fiona is a freelance writer and scriptwriter, currently working on a feature length animation for children with an independent production company. She has ghost written novels, created over 100 childrens books for a international childrens charity, published in excess of 100 articles, short stories and features. In addition, she has written DVD narrations, interned at two literary agencies and works as a long-term content and copywriter with a marketing firm. However, the most important things in her heart are her two brightest stars in the sky, Hugo and Harry, and her light on earth, Roger.