Bringing you a closer look at each Pitch War Team and their projects.

Lee Gjertsen Malone (Mentor), tell us a little about yourself.

I’m a book omnivore, and will read almost anything except memoirs and anything that is too gory. However, my favorite novels tend to be either realistic or light fantasy. I also have a great love for the kind of massive non-fiction tome that you can use as a doorstop when you’re finished.

Jennifer Ray (Mentee), tell us a little about yourself

Like most writers, I love to read and can go through several books a week. I tend to read mostly middle-grade (since that’s what I write) or adult novels. Within those categories, I like all sorts of genres, but my favorite would probably be contemporary or what I would consider magical realism (grounded in the real world with just a twist of magic). I love mystery, suspense, historical (especially Regency or Victorian time periods), ghost stories (but not horror), and romance (but not in middle-grade, ‘cause that would be creepy). I’ve also recently discovered Pride and Prejudice fan fiction and have developed a bit of an addiction to it – but shhh, don’t tell anyone. As far as writing style goes, I’d probably say mine is more commercial than literary but I think I’m too close to it to judge. Oh, and apparently I like parentheses. (☺)

Lee, why did you decide to participate in Pitch Wars?

I first encountered Pitch Wars during the late 2012/early 2013 contest when I was chosen as an alternate mentee by the wonderful Jen Malone, who gave me lots of good advice and has since become a friend. I knew pretty quickly that I wanted to be a mentor myself some day.

Jennifer, why did you decide to participate in Pitch Wars?

I think I remember seeing something about Pitch Wars a year or two ago and thought it sounded great, but at that time I was still revising my manuscript and not ready to query. I promptly forgot about it until this August when I saw people posting on Twitter and went to look it up. I saw that the entry date was coming right up and since I had finally finished my revisions, the timing was perfect. Earlier this summer I had sent out a handful of queries, but only gotten two full manuscript requests – which led me to believe I needed some help. The idea of having an agented/published author offer feedback on not only my query and first chapter but on my complete MS sounded amazing and I couldn’t wait to sign up!

Lee, what are you most excited for?

I really like the idea of working with a fellow writer to help them polish their manuscript and query to the point where we think it’s really ready for prime time, and then actually get to see some of the results first hand in the mentor round. I’ve also enjoyed interacting with all the writers in addition to my mentee. Everyone has been really enthusiastic and appreciative.

Jennifer, what are you most excited for?

I am most excited about getting feedback from someone further along in the publication process and the amazing opportunity of connecting with other writers. To be perfectly honest, I would be thrilled to be participating in Pitch Wars even if there was no agent auction attached to the contest. I fully expect to land an agent the old fashioned way – through querying. ☺ But the chance to have a fellow author’s expert eyes on my manuscript? Priceless.

Jennifer, describe your novel in 3 words.

Hello all! My name is Jennifer and I am a middle-grade writer living in New York City. Professionally, by background is in the television industry and I’ve worked for the past seventeen years at the Late Show with David Letterman (so I am currently unemployed). On the upside, this is giving me lots of time to focus on my writing and on Pitch Wars – so yay unemployment!

My name is Lee Gjertsen Malone and I’m the author of the middle grade novel THE LAST BOY AT ST. EDITH’S which will be published in February 2016 by Aladdin/Simon & Schuster. I’m also a freelance journalist who has covered everything from the banking crisis to wedding planning to how to make your own camera satellite. 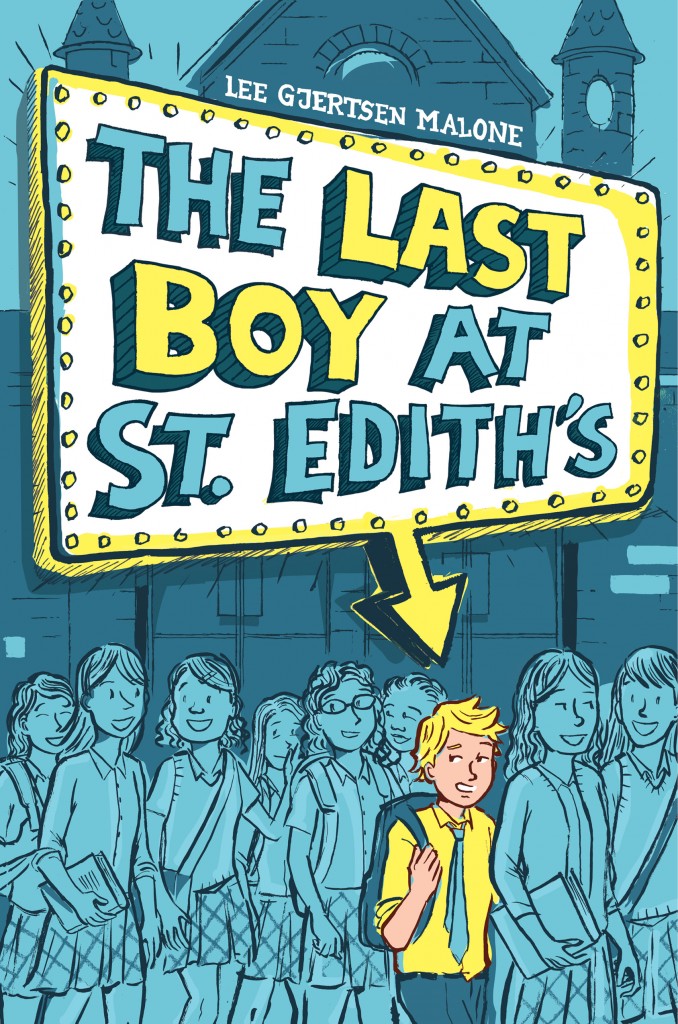 THE LAST BOY AT ST. EDITH’S

Seventh grader Jeremy Miner has a girl problem. Or, more accurately, a girls problem. Four hundred and seventy-five of them. That’s how many girls attend his school, St. Edith’s Academy.

Jeremy is the only boy left after the school’s brief experiment in coeducation. And he needs to get out. His mom won’t let him transfer, so Jeremy takes matters into his own hands: He’s going to get expelled.

Together with his best friend, Claudia, Jeremy unleashes a series of hilarious pranks in hopes that he’ll get kicked out with minimum damage to his permanent record. But when his stunts start to backfire, Jeremy has to decide whom he’s willing to knock down on his way out the door.
Written with equal parts humor and heart, Lee Gjertsen Malone’s debut is all about fitting in, standing out, and finding the place where you belong.