Dan Koboldt (Mentor), tell us a little about yourself.

I like traditional epic fantasy and sci-fi geekery, but the latest books to enchant me were The Lies of Locke Lamora (Scott Lynch) and The Name of the Wind (Patrick Rothfuss).

I like reading about swords, horses, and dragons, but not baths, torture, or animals-as-protagonists. Unless I’m reading a picture book to my kids, in which case animals and baths are no problem.

Michael Mammay (Mentee), tell us a little about yourself.

This year I’ve loved The Hundred Thousand Kingdoms, Gone Girl, Ready Player One, Half The World, and The Martian as well as a bunch of others. I am a total seat of the pants person when it comes to writing. I started my current book, PLANETSIDE, with basically a character and a setting. I’d been writing for 45 days before I had any idea what was going to happen in the third act. I woke up New Year’s morning with the answer, and that part of the book pretty much stuck despite some pretty major revisions recently. What’s fun about me…I’d say I was Batman, but some copyright lawyers from DC Comics have told me that is *not* okay. Yeah, that’s all I’ve got.

Dan, why did you decide to participate in Pitch Wars?

I first joined Pitch Wars (last year) because I do whatever Brenda says, and to get more involved in the writing community. I’m busier this year (for good reasons) but couldn’t pass up the camaraderie that grows among the mentors. It’s like making 100 new friends who understand the intensity and hard work and incredible patience required to make it as a writer.

Michael, why did you decide to participate in Pitch Wars?

I injured my back. It’s a long story . It started at last year’s Pitchwars, which really introduced me to the writing community and all its benefits. Brenda Drake was my first follower on Twitter. Really. You can look it up. Spoiler Alert: I didn’t get in. But I connected with a lot of other people who also didn’t get in who made me better as a writer. This year, the timing worked out. I started the book in November and planned to have it ready in June, but I hurt my back and lost a couple months, so it was August and there was Pitchwars and it just seemed right.

Dan, what are you most excited for?

PLANETSIDE was already awesome when Mike entered Pitch Wars. He’s a good writer, but he’s also managed to find some great critique partners. It shows in how clean the manuscript was.

But he’s also been working so hard on the final tweaks and adjustments that are going to make this book irresistible. I’m most excited for seeing everyone else’s reaction when they get to read it.

Michael, what are you most excited for?

Specifically I’m most excited to work around other writers. It starts with Dan, but also extends to the other participants and even the other mentors. There are so many people with so many different skills and experiences, and everyone shares what they know. It’s awesome. In general, I’m excited for whatever comes next. I can’t wait to take what I’ve learned with this experience and write more books.

Michael, describe your novel in 3 words. 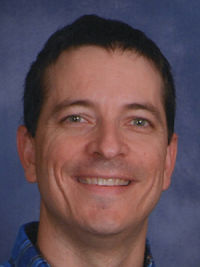 I’m a genetics researcher who studies the inheritance of pink hair. And other things, but the pink hair is my favorite. I’m also a bowhunter and outdoorsman. Like Mike, I mostly read and write SF/F for adults.

When their lead scientist escapes through a portal to a pristine medieval world, a corporation hires the right man to bring him back: a Las Vegas magician. THE ROGUE RETRIEVAL features cool stuff like military drones, corporate espionage, and high-speed chases on horseback.