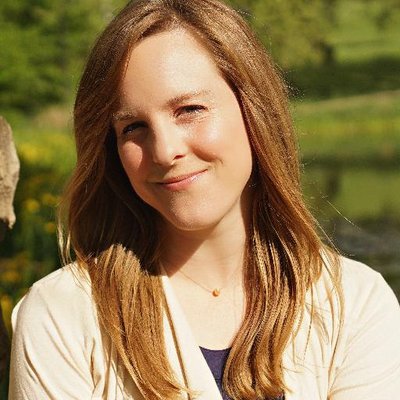 Why did you choose Sarah and Kellye?

Mary: The minute I saw their wish list and their love of mystery novels, I knew they were the team for me. I love their diverse experience in journalism, TV writing, teaching and editing. I knew with their mystery backgrounds, if chosen, I’d be in the master class of my life.

Suzanne: Oh, that’s an easy question. Because I love Idris Elba, and they do too. I love the Wire, and Luther, and hunks with British accents. It was a mentor-mentee match made in heaven. But other than that, Kellye and Sarah were looking for submissions with strong voice and humor, and those were two things my writers group thought I had going for me. My genre was women’s commercial fiction though, not mystery, so I was worried they’d pass. I am so happy they picked me! Kellye and Sarah are the best! Sarah is a tiny bit cooler, though.

Sarah and Kellye: Why did you choose Mary?

Both of our first loves are mystery novels and Mary has written a different take on the classic P.I. novel. Imagine that instead of being a single loner with no kids, Kinsey Millhone was divorced with a pre-teen daughter and the mother-in- law from hell. Our wishlist theme was Idris Elba because we wanted to our mentee’s manuscript to have mystery, voice and humor.Mary gave us all of that and then some with her main character of Kelly Pruett. (The name didn’t hurt either!)

Sarah and Kellye: Why did you choose Suzanne?

Uh, did you not just read that voice? Her manuscript is full of it. We were both seriously laughing at our computer screens like crazy people. Not only that, but Suzanne did a great job of using that terrific voice and humor to navigate important social issues regarding finding one’s place and direction in the world all the while navigating what other people—parents, bosses, friends—want you to be. It was very relatable to us, even though we’re a few years older than Julia, the main character. Those concerns are just part of getting older and coming into your own as an adult.

Summarize your book in three words.

Tell us about yourself. What makes you and your MS unique?

Mary: I grew up in Fort Stevens on the Oregon coast and spent my days exploring World War II gun batteries and bunkers, forests, and beaches with my big brother. That environment was rich with inspiration and we were always telling stories or trying to solve a mystery that we’d created from our imagination. My love of story-telling and puzzles was borne then. My favorite books as a kid were actually fantasy, but as an adult I went into the legal field and my obsession became mysteries. Mary Higgins Clark, Janet Evanovich, Cindy Sample, Patricia Cornwell, and Sue Grafton are among my favorites.

In writing Derailed, I wanted to write a PI novel that was a little different. I threw my PI into the business after she inherits her father’s business. She’s learning on the fly, and that something I’ve been doing my whole life. But I also wanted her to have to balance being a single mother,leaning on people she wouldn’t expect, and finding a way to live a life that is true to herself.

Suzanne: A few years ago I quit my lucrative stand-up comedy career to become a lottery winner. When nothing came of that I focused all of my creative energy on humor writing. My current novel is a millennial coming-of-age story. I am not a millennial myself, but I am completely surrounded by them at work. I know what they eat for breakfast and what’s popular on social media because I can see everything on their computer monitors. I also know that the gal behind me is obsessed with dog weddings and watches canine nuptial YouTube videos. I wish I was kidding about that.

Sarah and Kellye: Tell us about yourselves. Something we might not already know.

In honor of our Idris obsession, we thought it would be fun to share our first celebrity crushes.

Kellye: I used to love to watch this movie called The Last Dragon when I was a kid. It was a somewhat cheesy martial arts musical (yes, you read that right) that is probably now best remembered for DeBarge’s “Rhythm of the Night.” There was a child actor in it named Ernie Reyes, Jr. that I was totally in love with. Totally. In. Love. He had this horrible bowl hair cut withbangs that at the time I just thought was the most adorable thing ever. Plus, he was a black belt in Karate at like 10-years- old.

Sarah: Ha, there must be something with cheesy martial arts movies because I was in love with the oldest brother, Rocky, from “3 Ninjas.” Michael Treanor. He was basically JTT except he could kick your booty. Ah, so good.

[…and] Considering the name of Suzanne’s book is “My Name is Not Julie,” we thought it would be fun to mention how people screw up our names.

Sarah: Well, obviously, people drop my H all the time (but probably not as much as people drop Kellye’s E), but for some reason people think my face looks like either a Jennifer or Kristen. Do I? I also had a girl in my seventh grade Spanish class who legitimately thought my name outside of class was Carmen (my chosen Spanish class name). It took me two weeks before I finally had to be like, “My name is actually Sarah.” And then I felt like a jerk for waiting so long. I should’ve just made it simple and gone for the Spanish version, which ,naturally doesn’t have an H (hence, why I didn’t choose it!).

Kellye: My dad is named Ernest so the extra E on my name is my parents’ attempt to compromise on finding a name they could agree upon. My mom wanted to name me Kelly and my dad wanted to name me Ernesta—yes, Ernesta— and Kellye was born. (Literally and figuratively.) Of course, this has caused lots of confusion for others. There are people in my family who have no clue how to spell it. Not to mention the people who overthink it and try to do some uber-complicated pronunciation like Keel-eye. (Sorry, it’s just boring old Kelly with an E at the end.) You also have to the folks who know there is an E in there somewhere but they can’t remember where so they just stick it everywhere. I get a lot of emails addressed to Kelleye. I always joke that I know a friend truly loves me when they tell me they put random Es at the end of the names of other Kellys.