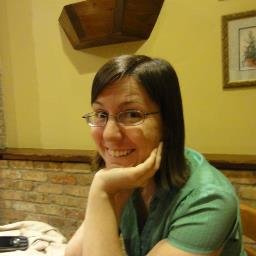 Heather: Why did you choose Charlie?

The real question is, why didn’t EVERYBODY choose Charlie? But here’s my list of reasons (in no particular order):

1. She’s hugely accomplished, with five published novels, and her Paper Magician trilogy has been optioned by DISNEY.
2. She was a student of Brandon Sanderson’s, and since I’ve learned a lot from his online educational stuff, I figured we’d probably be a good match in terms of how we approach craft. (Plus, to borrow the idea of lineage from kung-fu, this makes me, like, Brandon Sanderson’s writing granddaughter. WHAT!)
3. She’s a mom and a wonderful role model of how to both care for young children and actively pursue a successful writing career.
4. My MS was a solid fit for her wishlist.
5. Her list of favorite books included not just several of my own favorites, but books that have influenced and inspired my own writing.
6. She’s Mormon, so I knew she wouldn’t be intimidated by the religious aspects of my MS. (It’s set in 400 BCE, so EVERYBODY’S religious. Ain’t no such thing as atheism.)
7. Most importantly, I love her writing! I hadn’t actually read any of her books when I began my PW research. Then she tweeted that Followed by Frost was on sale, so I hopped over to Amazon, downloaded it, and FELL IN LOVE. It’s a marvelous adventure with a beautiful heart, it made me cry, and when I finished I was like, “YES! THIS IS HOW I WANT TO WRITE!”

Charlie: Why did you choose Heather Elliott and her manuscript, Song of Suleiman?

It’s been my experience with Pitch Wars that there’s always one manuscript that stands out above all the rest. I’ve never had a hard time choosing which story to mentor, and that was the case with Heather’s book. Her query stuck in my mind more than any other–I mean, using the songs of Solomon to solve a mystery? How original is that? The story was good too and always left me wanting more when I had to put it down. I also have some Old Testament under my belt, so I’m familiar with the culture in the story. It was a no-brainer (and I stalked her a little bit and she was nice, ha!).

Heather: Tell us about yourself. What makes you and your MS unique?

I’m a third culture kid–I grew up in Bolivia where my parents worked as protestant missionaries, and that’s given me a unique perspective on what it means to be a perpetual outsider, since I never really belonged either in my parents’ home culture or the culture in which I lived. My MC is also an outsider in her culture, trying to find a place to belong in a world that doesn’t recognize her.

I think the time period of my MS makes it unique. Not many books are set BCE, especially not in YA. It definitely made the research challenging, although at least I’m writing historical fantasy, so whenever I struggled to fill in a blank, I felt justified in making something up 😉

Charlie: Tell us about yourself. Something we might not already know.

Uhh… I’m not very good at wearing high heels and I have a 500,000-word story on fanfiction.net (and no, I will not tell you my pen name. The writing is atrocious). The peculiar tale of an enchanted baker who creates fairy tales’ darkest and most magical confections.

Maire is a baker with an extraordinary gift: she can infuse her treats with emotions and abilities, which are then passed on to those who eat them. She doesn’t know why she can do this and remembers nothing of who she is or where she came from.

When marauders raid her town, Maire is captured and sold to the eccentric Allemas, who enslaves her and demands that she produce sinister confections, including a witch’s gingerbread cottage, a living cookie boy, and size-altering cakes.

During her captivity, Maire is visited by Fyel, a ghostly being who is reluctant to reveal his connection to her. The more often they meet, the more her memories return, and she begins to piece together who and what she really is—as well as past mistakes that yield cosmic consequences.