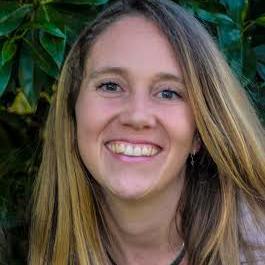 Amaris: Why did you choose Monica and Kerbie?

My mentor-choosing strategy was super scientific: basically, once I narrowed the list down to those who wanted my genre and whose editing style sounded awesome and workable with my brain, I looked for people I wanted to be friends with. Monica has chickens so obviously we are a match, and Kerbie’s lipstick, I mean, come on, a girl who can pull of such bold lip color is a girl I both envy and want to hang out with. (plus my scientific/shallow criteria totally paid off in that they are editors extraordinaire and fantastic champions of my book [especially when I want to chuck the whole thing and start from scratch])

We couldn’t get Amaris’s book out of our heads. That’s how we can always tell we love a manuscript, when we can’t walk away! Kerbie read the first draft Amaris sent us half-starved because she couldn’t leave the book long enough to cook!

Amaris: Tell us something unique about you and your manuscript.

Growing up, a writer is the first thing I can remember wanting to be, but it took me a while to get here. After a silly number of odd jobs (nanny, ropes course instructor, bridal gown salesperson, costume shop assistant, more I can’t remember) I finally made a decision: I will go to school for photography! It will be great! Of course, halfway through I took a Children’s Literature course and decided I wanted to write instead. And then somehow as soon as I graduated I got a job in tv animation (as you do). But it kinda works out, as I loooove my job to pieces and I get to learn about storytelling.

My job (animatic editor) deals with the timing of the show; the pacing of the action and the order in which the story is told. I have gotten to work with some pretty amazing storytellers (Legend of Korra, anyone???), so really my main goal is to soak up the genius that just spills off them as they work their magic. I’m here to learn. 🙂

ABOVEWATER began with a single word––labyrinth––spoken by a friend in casual conversation. The whole idea just fell into my head: a girl fighting to find someone she loves who has been swallowed by the labyrinth that looms over her world.

Of course, I’ve been working on this for a while, and the book has morphed and changed a LOT, but that initial idea still holds true (and I still have the napkin I frantically scribbled it down on as my friends continued their chatter around me in that forever-beloved Harvard-area pub).

So that’s me! I’m super excited to be part of Pitch Wars!

Kerbie: Well, as Amaris already picked up on, I love make up and skincare. I have shelves full of Korean skincare in my bathroom. I start every day with a protein shake and lipstick dark enough to make me a Disney villainess.

Mónica: I’ve traveled with my family to places like India (where I became a vegetarian), Thailand (where I *almost* met Leonardo di Caprio), France (where I pretended to learn French), and countless other places that inspired me to write. 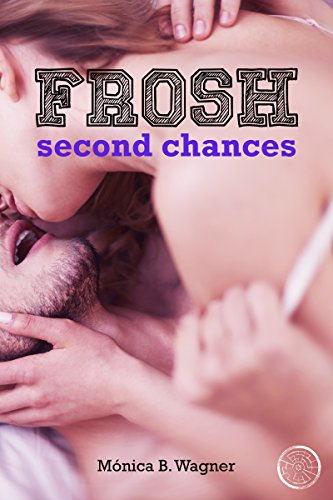 In FROSH: First Blush, Ellie, Grant, Devon, and Charlie spent their welcome week falling head over heels for each other–before totally falling apart. Now, in FROSH: Second Chances, they’ll have to pick up the pieces.

After ruining Grant’s football career (and her own reputation), Ellie has been trying to lie low–which means not making more enemies. But some students still want her to pay for what she did, and now, Ellie’s determined to fight back–and fight for Grant.

Grant is adjusting to his new reality: no more football means no more free passes in class, and definitely no more distractions; especially from Ellie, whom he misses even after she destroyed his world. Can he find a way to move on without her–and without football?

Devon finally has it all: her brother’s sober and her boyfriend is an adorkable genius. But when her parents threaten to tear her and Charlie apart because he doesn’t ‘fit’ into their high society, she will go to dangerous lengths to prove that nothing–nothing–can defeat Devon Connors.

Charlie’s never questioned who he is: pre-med science geek, and now, Devon Connors’ boyfriend. But when he discovers a secret about his past, Charlie isn’t sure of anything–especially whether he can trust Devon with the truth.

Perfect for fans of Cora Carmack and Colleen Hoover, Monica B. Wagner’s sexy New Adult series follows these four characters all the way to winter break–when the only thing they’ll want more than first love is a second chance.