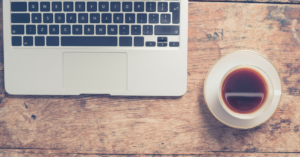 This is a continuation of the series of blog posts concerning issues presented to Pitch Wars. You can read the beginning of the series HERE. This post addresses the (now-defunct) fee announcement.

Pitch Wars began in 2012 as a small contest providing mentorship to aspiring authors. The idea came while I was watching Cupcake Wars, a show where bakers had an assistant to help them prepare the best cupcakes possible for a round of judges. After watching the show, I thought it would be great to have a publishing contest where agented/published authors could mentor aspiring authors’ full manuscripts and guide them through the publishing trenches.

As time went on and Pitch Wars grew, more writers turned to it as a chance for guidance in their publishing journey. On average only 5-6% of applicants are chosen as mentees. An unexpected result was that there were hopefuls (understandably) disappointed when they weren’t picked. Seeing that, we sought to provide events and extras that could give more to the community. Pitch Wars grew from a once-a-year event to a year-round program featuring #Pitmad, query and first page workshops, webinars, and additional outreach events. However, as Pitch Wars grew it broke free of the original mold of pure mentorship and also required far more time than had been anticipated.

What started as ten hours a week for me grew into a massive undertaking. Heather’s time alone last year clocked in at 1947 hours. I didn’t keep track of my hours, but it was a lot. The reality was, Pitch Wars had become a full-time job and then some.

More time spent on Pitch Wars meant less time Heather and I could spend on other endeavors, like writing and activities that brought in income. For many years, we had to reconcile the need for a living wage with the desire to keep running the behemoth that Pitch Wars had become. The conclusion, admittedly flawed, was to charge a fee. Though it won’t do much to assuage the pain that the fee announcement caused, we hope you know that this decision wasn’t arrived at lightly. It was over two years of debate and discussion before it was enacted.

In a bid for full transparency, here are some numbers from our past fundraising efforts.

In 2016, donations brought in about $17,000 and Pitch Wars received 2,500 applications for mentee hopefuls. In 2017, the application pool rose to over 3,000, however the donations dropped to $16,500. There is no way of knowing why this happened, but it did put a strain on the already struggling administrative team.

To give a basic breakdown of expenses for Pitch Wars last year (2017). Please keep in mind this was for just the basics involved in Pitch Wars:

Tokens of appreciation to assistants: $2000

Sponsorships for marginalized voices to an online writing conference: $450

The Webinars: Cost to run the webinars was included in the price.

The balance of $1,800 was held in Pitch Wars account for any upcoming costs/taxes.

We accept full responsibility for causing confusion when the fee was announced. There was a lot of discussion behind the scenes, but there were also mentors who tried to start an honest conversation of why the fee was a flawed idea. We also take responsibility for not taking more time to hear out the concerns of those mentors and fully exploring alternative paths. Though there was talk of a fundraiser or suggestions to increase donations, these were eventually rejected within the group. We admit now that perhaps these conversations were not given enough time and consideration.

In the lack of communication behind the scenes, the announcement ended up causing confusion to the public, and for that we also would like to apologize.

We heard the concerns brought up by the writing community, we saw that it was already causing harm to some–many of them marginalized writers. Pitch Wars wants to move forward as an inclusive program for the whole writing community, therefore, we have to accept our previous mistakes and take concrete steps to fix the program. Please know we are taking strides to better Pitch Wars. We hope that this series of posts addressing these issues is the first step in doing so.

We are pulling back on the extra events this year except for #PitMad, which will follow its normal schedule. Here are the estimated costs (that we can foresee) for this year:

Therefore, we will only be accepting donations for this year to cover those costs, and will not require any fees or financial contributions from the public. Any additional funds received will go toward running future Pitch Wars events.

We are working on ways to cut down the administrative workload behind the scenes via technological solutions and the use of volunteer committees. By rebooting Pitch Wars, we are returning to our original model and my original goal: pure mentorship. It was why Pitch Wars was created. This means there will be no extra events or webinars this year as we concentrate on getting back to basics.