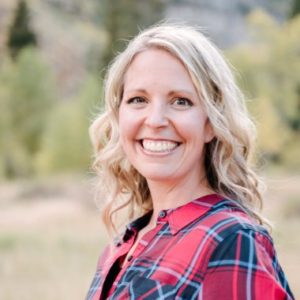 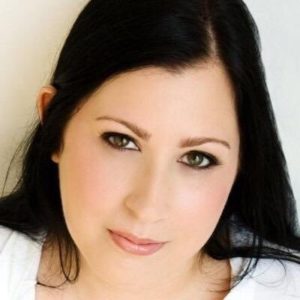 Meghan, why did you choose to submit to Samantha?

Sam is a musical theater junkie (as is my MC), as well as a sucker for multiple POVs and flawed characters. Bingo! That and she promised to be honest in her critique, complete with suggestions and comments to explain her reactions.

Samantha, why did you choose Meghan’s manuscript?

Meghan’s words wouldn’t leave my head. She’s tremendously talented, and her story called to me. I thought it was beautiful, but I also saw the places we could make it even better together.

Meghan, summarize your book in 3 words.

Meghan, tell us about yourself! What makes you and your MS unique?

I’m a sucker for autumn and water. While I didn’t grow up on the water myself, I did grow up in New England and listened to my mom’s stories of sailing when she was a girl. I’ve got four sisters and when it comes to the arts, I’m your girl. I love words and people and I make a killer apple pie crust. This manuscript throws three (mostly artsy) sisters into the aftermath of their father’s disappearance after a sailing accident. The MC tells her story in prose, while her sisters take part in verse and scientific notes. Though there’s no apple pie, it does take place during a New England fall– when death and life mix together in ways that are both heart-rending and beautiful.

Samantha, tell us about yourself. Something we may not already know.

I’m kind of an open book on social media, so I can’t think of anything I haven’t shared. But I do collect some odd things. I have a Wicked Witch collection, that stems back to my love of the musical Wicked, and The Wizard of Oz. I also collect figures of Behemouth from The Nightmare Before Christmas. He’s mostly a background character, but I love him. “Flirting with Fame

Elise Jameson is the secret author behind the bestselling, cult hit Viking Moon series. But when a stranger poses as Elise, the painfully shy, deaf nineteen-year-old starts to see how much she’s missing. Can she really hide in the shadows forever? This clever, coming-of-age debut is for anyone who has ever felt unsure in her own skin. 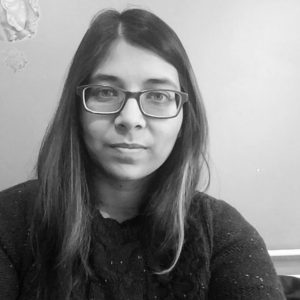 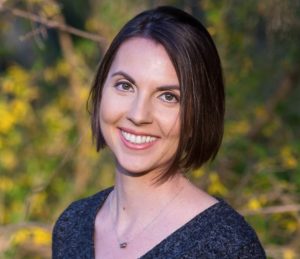 Melody, why did you choose to submit to Carrie?

I picked Carrie because of her interests in fantasy as well as her interests and writings in historical fiction. I loved that she was interested in more literary fantasy, and after reading her mentor spotlight as well as past mentee/mentor interviews, I knew I’d be in capable hands with her.

Carrie, why did you choose Melody’s manuscript?

Melody’s gorgeous WINDS OF NOX grabbed me by the throat and didn’t let go. I loved her brave main character, Lyla, who gets dragged (literally) into a contract to defeat an epic beast. The group dynamics of the story are fantastic — Lyla picks a surprising team of three ill-fitting companions, including a king, a teenage champion, and an enslaved sandman, who learn to work together in glorious fashion. Melody knows how to write a story that keeps you turning the pages, and her characters and plot always surprised me in the best possible way. Her writing had wisdom and excitement, and I was hooked.

Melody, summarize your book in 3 words.

Melody, tell us about yourself! What makes you and your MS unique?

I’m a virtual reference librarian who wants to read more epic fantasy stories with women of color. I loved Xena: Warrior Princess as a kid, and wanted to tell a tale about a woman warrior who’s also married and a mother. I love stories where a woman is not physically vulnerable–I find it empowering to read and watch and wanted to write a character whose strong emotional ties and empathy are matched/complimented by her physical strength and cleverness.

Carrie, tell us about yourself. Something we may not already know. 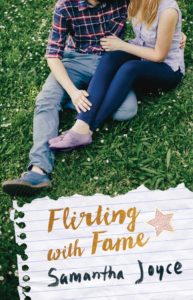 FLIRTING WITH FAME by Samantha Joyce

Elise Jameson is the secret author behind the bestselling, cult hit Viking Moon series. But when a stranger poses as Elise, the painfully shy, deaf nineteen-year-old starts to see how much she’s missing. Can she really hide in the shadows forever? This clever, coming-of-age debut is for anyone who has ever felt unsure in her own skin.

After a freak childhood accident leaves her deaf and physically scarred, nineteen-year-old Elise Jameson retreats into a world of vibrant characters she creates on her laptop. She is shocked when her coping mechanism turns into a career as a phenomenal bestselling novelist. Fans are obsessed with Elise’s Viking Moon series and its author—a striking girl with zero resemblance to Elise who appears on the back covers. Elise sent the randomly Googled photo to her editor following a minor panic attack. Now, horrified to learn she is expected on set of the television pilot based on her novels, Elise tracks down her anonymous stand-in. To Elise’s surprise, Veronica Wilde has been taking credit for Viking Moon for years. She eagerly agrees to keep up the charade if Elise will pose as her assistant.

It’s hard for Elise to watch a stranger take credit for her work and get all the perks she desires, including admiration from the show’s heartthrob star. Edged onto the sidelines of her own life, Elise reconsiders her choice to stay anonymous. Is she ready to come to terms with her true identity—and with the long-buried secrets that could cost her her career, her fans, and the few precious friendships she’s made?

A LIGHT OF HER OWN, by Carrie Callaghan

Based on the life of 17th-century artist Judith Leyster, who struggles to be the first woman to paint alongside the greats of the Dutch golden age, and whose ambition threatens not only a conspiracy of powerful men but even those she loves. Forthcoming from Amberjack Publishing in October 2018.