Pitch Madness … all about the draft

Everyone has been asking about what happens and how does the Pitch Madness Draft work. The draft is how we determine what entries each host gets on her team. It’s just like the NFL draft. We draw to see who goes first, second, third, and fourth during the picks. Each team gets a pick from their shortlist of entries on their turn. Then the picks rotate: First pick moves to second pick, second pick moves to third pick, third pick moves to fourth pick, and fourth pick moves to first pick. It continues rotating until all sixty spots are filled with one of the Pitch Madness entries. If you’re curious about the NFL Draft check it out here.

The Pitch Madness Draft will be on Sunday, March 5. There are two rounds behind the scenes. Join us on the hashtag #PitchMadness for all the happenings behind the draft doors. I’ve been known to drop surprises, so you don’t want to miss this event. And those who’ve followed me for a while know what that means…

The mastermind behind the draft is the remarkable Dee Romito… 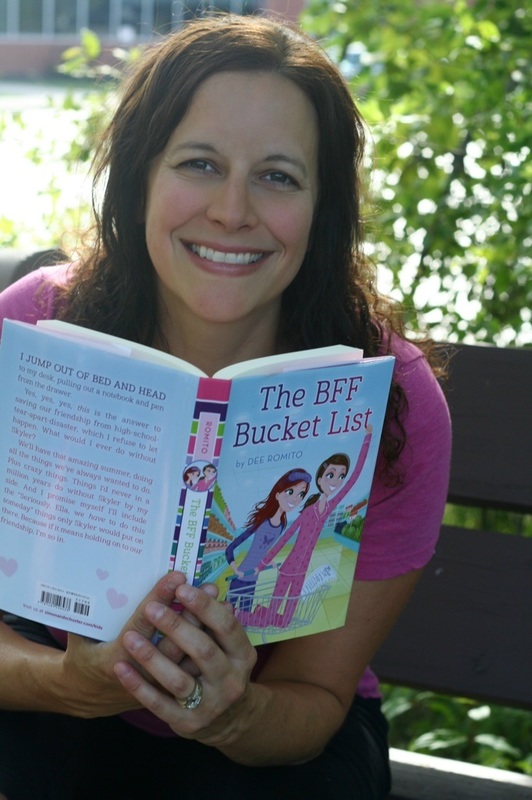 Dee Romito lives in her hometown of Buffalo, New York. You’re likely to find her on adventures with her husband and two energetic kids, at the local ice cream shop, or curled up in a comfy chair with her cats. She loves to write, travel, and giggle like a teenager with her friends.

Her middle grade debut, THE BFF BUCKET LIST, is now available from Simon & Schuster/Aladdin with BEST. NIGHT. EVER., NO PLACE LIKE HOME, and THE ITALY LIST to follow in 2017-2018. Dee is a member of SCBWI and Co-Advisor of Buffalo-Niagara Children’s Writers and Illustrators. You can visit her website at DeeRomito.com.

Ella and Skyler have been best friends since kindergarten—so close that people smoosh their names together like they’re the same person: EllaandSkyler. SkylerandElla.

But Ella notices the little ways she and Skyler have been slowly drifting apart. And she’s determined to fix things with a fun project she’s sure will bring them closer together—The BFF Bucket List. Skyler is totally on board.

The girls must complete each task on the list together: things like facing their fears, hosting a fancy dinner party, and the biggest of them all—speaking actual words to their respective crushes before the end of summer. But as new friends, epic opportunities, and super-cute boys enter the picture, the challenges on the list aren’t the only ones they face.

And with each girl hiding a big secret that could threaten their entire friendship, will the list–and their BFF status–go bust? 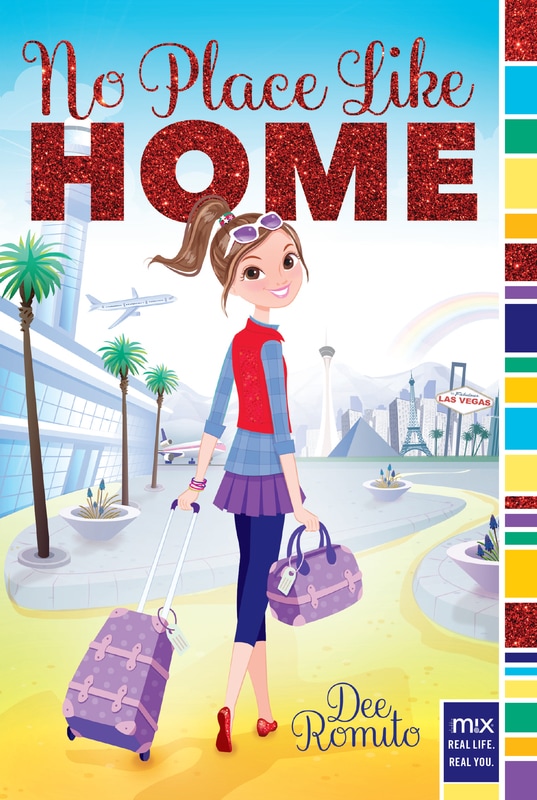 Kenzie Rhines doesn’t have a home—she has too many. Her dad’s job keeps them flying around the country, which means “home” is whatever fancy hotel they’re currently staying in and “school” takes place 30,000 miles in the air. And since it’s just the two of them, she has no choice but to be his travel partner. Kenzie loves the constant adventures, but she wouldn’t mind planting her feet in one place for longer than two seconds, having her own bed, and maybe even finding a best friend she can talk to.

When Kenzie’s dad surprises her with the news that they’ll be in Las Vegas for an extended business trip, she’s thrilled he wants to enroll her in a local middle school while they’re there. And even though it’s the longest she’s been in one place in years, Kenzie knows it’s only a matter of time before she’s on the move yet again. So, for the first time in her life, she decides to take some risks: why not let the cutest boy in school know she’s got a bit of a crush on him, give it a shot and audition for the school musical–The Wizard of Oz (her all-time favorite movie), and run for VP of her class?

Thanks to her plan, Kenzie discovers a courage she didn’t know she had—and finally feels like she belongs somewhere. But when things start to get complicated, Kenzie discovers that she’ll have to face the consequences of everything she’s done since her arrival–and that maybe home isn’t necessarily a place on a map, but where your heart is.