Pitch Madness B-2: LANG SAWYER AND THE DEN OF NOSTROMO

Lang Sawyer’s quest for glory as a teenage monster hunter becomes a struggle for survival when he matches wits with ruthless scientist Alistair Frankenstein, whose research threatens to destroy the worlds inside beloved storybooks. 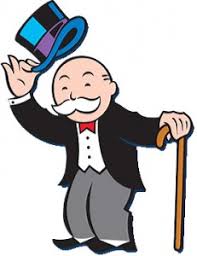 Here’s the thing about finding out your great-great grandfather Tom Sawyer was a big time monster hunter, that he killed Dracula, and that your Dad’s running the family business out of the former Indian cave behind your house.

(You know, in case that ever happens.)

So here’s the thing to remember – it’s not all fangs and glory. It’s really a hit-or-miss proposition.

Like literally, hit or miss. Sometimes you hit the crossbow target your Dad sets up for you in the backyard. And sometimes you miss. And hit your neighbor’s poodle.

Yeah, that was a thing.

The upside? Missing school to jet to Peru and track a wicked cool, giant sloth monster called the Mapinguari.

But even that’s got its drawbacks. Sweat comes to mind. Hunger, too. Pretty much all I can think about on day two in the Amazon rainforest. It’s late afternoon. Heat still in the triple digits. Everywhere green on green, the sun strafing the leafy canopy. I mop the sweat from my already-drenched St. Louis Cardinals baseball cap.

Dad skids to a stop and points at a spot on the ground inches from my right foot.

I don’t know much about the jungle, but I’ve read about the snakes. Fire hose-sized ones. With a proclivity for squeezing people until their insides turn to Cheez Whiz.

Dad scowls. “No. Mapinguari. Remember? The thing we’re tracking?” Eyes wide, he holds his hands a foot apart. “Step around it. Carefully.”