Pitch Madness B-1: A MERRY WAR

A modern adaption of Shakespeare’s Much Ado About Nothing, set in a 1920′s speakeasy, about two pairs of lovers with different takes on romance and a way with words. 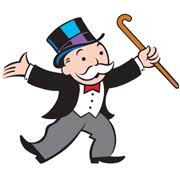 Uncle Leo is hollering into the telephone again, though I’ve told him a hundred times it doesn’t help the person on the other end hear him any better. It’s 1926; we had the phone installed years ago, but he still hasn’t gotten the hang of it. Holding the funnel shaped receiver to his mouth, he bellows, “WHAT’S THAT NOW?” and then proceeds to peek into it with one eye shut, like it’s a spyglass. “Blast,” he mutters and slams it down. Equal parts alcoholic and workaholic, Uncle Leo tends to look joyfully tired, even in frustration. He’s bald as an egg and compensates for the lack of hair on his head by growing a mustache thick enough to sweep the floor of a saloon.

“That’s the part for your ear,” I tell him. “You were shouting into the wrong end.”

“These contraptions are of the devil.”

His neck is red and his left eye has developed a twitch, so I hide my smile, closing my grammar book in my lap. “Who are you trying to call, anyway?”

My answer comes in the form of Hero belting down the stairs. “Are they here yet, Papa?” she asks, adjusting the sleeve of her dress as it slips off her white shoulder. The surreptitious look she sweeps over the drawing room, as though the enigmatic ‘they’ might already be waiting, lets me know the gesture wasn’t accidental. Given the excited flush of her cheeks, I think I have a pretty good guess of who ‘they’ are.