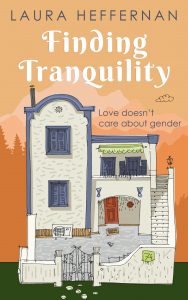 Jess Cooper lost her husband on 9/11. Just not in the way she thought.

On September 11, 2001, Brett Cooper checks into a flight to go on an interview for a job he doesn’t want, in a city where he doesn’t want to live. All to make his wife happy. He loves her, but he’s not happy in his marriage. Or in his body, really. As boarding begins, Brett panics and gives his ticket away. When his plane strikes the World Trade Center, he realizes that he’s been given a second chance to live the life he always wanted.

Brett disappears into the chaos, hoping to figure out who he’s meant to be. With help from some new friends, Brett begins to transition into Christa. A tragedy sends Christa further north to Canada, where she builds a new life. For eighteen years, Christa’s life is peaceful and easy until she runs into Jess. Jess used her husband’s life insurance to go to medical school. When she discovers that she’s actually not a widow, it throws her entire future into question. Making matters more complicated is the discovery that all of the love Jess held for her spouse is alive and well. Christa and Jess must figure out what the future holds for them—if Christa has a future at all, with the reemergence of the missing Canadian woman whose identity Christa “borrowed”.

Can love conquer all, or is it sometimes better to let go? 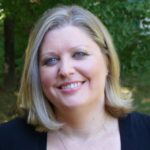 Laura Heffernan is the author of the Reality Star series (available now) and the upcoming Gamer Girls series (2019). When not watching total strangers get married, drag racing queens, or cooking competitions, Laura enjoys travel, baking, board games, and new experiences. She lives in the northeast with her husband and two furry little beasts.

Some of Laura’s favorite things include goat cheese, Buffy the Vampire Slayer, Battlestar Galactica, the Oxford comma, and ice cream. Not all together. The best place to find her is usually on Twitter, where she spends far too much time tweeting about writing, Canadian chocolate, board games and reality TV.