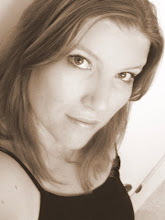 
Not only is Shelley one of my critique partners, she’s a writer of all things smexy! Shelley writes young adult and adult romance. She’s an editorial intern at Entangled Publishing for Danielle Poiesz @DaniellePoiesz. 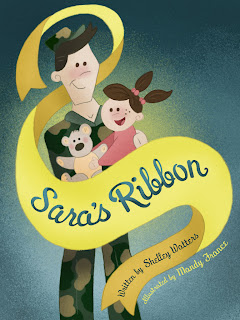 Nash silenced me with a step closer. This feels weird. I wanted to retreat, but that empty expanse of time without him had a weight, holding me still. Not sure what this means. Were they apart in the past, and that keeps her from retreating, or do you mean the immediate time? “Maybe I wanted to see who you used to be for a little while longer so I wouldn’t have to face who I’d become. Did you think about that, Bird?”

He leaned in so close he pushed all the air away.

“Then you’d be pretty selfish,” I said.

“That I am.” Like a shadow, he draped over edge of my body without a touch. Love this imagery.

“And hard-headed. And single-minded. And arrogant.”

“I’m a despicable human being.”

“Not to mention kind. And strong.” I dragged my fingertip over his shaven jaw, down his neck, and slipped it just under his collar. Get rid of “just”.

He shivered. Taking my hand, he placed it on his chest, over his heart. His rough palm slid up my arm to cradle my head.

I closed my eyes and sighed. “I feel like I’ve jumped across that six year gulf of time and you’ve caught me.” I opened my eyes to his smile. “Don’t put me down, Nash.” Oh, okay. It’s a time travel thing. Ignore what I said earlier.

He pulled me against him, and I wrapped my arms around his waist, feeling his solid weight against me. I don’t think you need to say she wrapped her arms around his waist. Deleting that makes the sentence read more succinct and cleanly. My knees went weak, and I wasn’t sure if his hands were knocking me over or holding me up. I don’t like “knocking me over”, I think “pushing” might be more powerful here. He bent down and kissed me. Is she remarkably shorter than him? Maybe remove the word “down”. Gentle at first, his lips pressed harder, then opened, the tip of his tongue finding mine. Every cell in my body lit up. Burned. Exploded. Rained delicate ashes on the floor. I like the imagery of delicate ashes.

Nash stopped, gasping and grinning. “Why’d I wait so long to kiss you?” How did she feel about him saying this? Was she surprised? Happy?

“Because another one of your faults is–“

He cut me off with another kiss.

Mercedes awoke to the warm touch of Jack’s finger on her lips. He lightly ran his fingertip around the edge of her mouth, slipping down her chin and caressing softly down her neck. Tingles shivered up her spine in anticipation. This is feeling a bit devoid of emotion, even with the tingles. Maybe tell us how it feels. Is it feather-light? Are his hands rough? Is she surprised to find him worshiping her body as she sleeps?

Her head lay even with his chest and with trembling hands, she traced the scar that ran through the middle. His heart beat hard under her touch, his tanned skin damp and silky. It was the only flaw on his body and she had put it there. Why he loved her, she would never know.

Mercedes dropped her gaze to his mouth and her breath stopped. The corner of his mouth twitched and his lips parted, releasing a soft murmur. A temptation out of reach and she couldn’t resist any longer. She moved her eyes back to his, inviting, begging, him to draw closer.

Jack closed his eyes and brushed his lips against her neck, gently moving up to her mouth. When he reached the edge of lips he teased her and slid back to her ear. His breath fell on her skin, fueling her need for his touch. He teased her feels telling. Show us her frustration that he’s teasing her.

“I love you. You are mine forever,” he whispered before he returned to her lips and enveloped her mouth in his. Mercedes had never felt such joy. Jack loved her and it didn’t matter where she came from or who she was before he met her. She was his wife now and nothing, or no one, could ever hurt her again. Again, don’t tell us she felt joy. Show us. Show us how this realization that he loves her makes her feel.

Oliver kissed Dahlia with everything he had.


Maybe because he was getting used to her pulling away, and he wanted to make it count. But the kiss went on and on, until it felt like a fire was starting between them, and she didn’t pull away.

Suddenly, Oliver was the one panicking.

“Wait,” he told her, disengaging himself until he could look her in the eye. Dahlia’s stare was glossy and distant, but her swollen lips curved up in a self-satisfied smile.

“Because I need to tell you…you’re not just some girl, you know that, right? You’re different.”

“Oliver,” she shook her head, and her eyes grew slightly more focused. “You don’t need to tell me what you think I want to hear.”

“That’s the thing,” he said. His gut tightened with that familiar feeling, like he was about to go all in. “I don’t think you’ll want to hear what I’m going to say next.”

How would she react, when he told her how long he’d watched her? How often he thought about her? How badly he wanted to be with her? Would she run, or would she stay?

At the card table, Oliver was a genius at reading people. But when it came to Dahlia, he was blinded by the way she made him feel.

“Don’t say it,” she said, putting a hand on his chest. Maybe she’d already read him, and that was the problem. Maybe she was smarter than he was, smart enough to know they could never work.

This time, when he kissed her, there was no holding back. What was that saying she had?

Oh my. I really don’t have anything to critique here. This is awesome. I LOVED it. The voice is spectacular and shines through the entire scene. The dialog felt fresh and exciting. If the rest of the manuscript is like this ? *Swoon* Also, I love the vulnerable male POV here. So refreshing to see in a romance!!