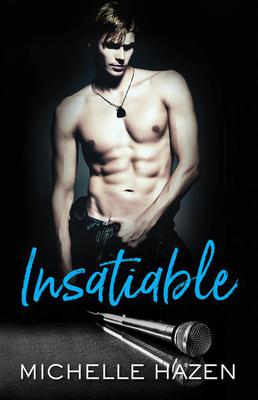 Jax Sterling is a sex addict with the heart of a golden retriever puppy.

As the lead singer for the Red Letters, it’s easy to hide his loneliness behind his bad boy lifestyle…until he lands on tour with a hard rock goddess who makes him want the relationship he can never have.

Onstage, Ava’s all chains, whips and guitar licks, but the backstage confessions they share are darker than their leather.

She wants Jax, but he wants better for her than him.

But then, bad news drops that threatens the life of one of his bandmates, and the loyalty of the other. Terrified by how little he has left if he loses his best friends, Jax takes the plunge to let someone else into his life.

Until Ava finds out his ugliest sin, and it’s nothing she can forgive.

The stunning conclusion to the Sex, Love and Rock and Roll series, which follows Jax’s band from dive bars to the big time. Click to start reading now if you’re craving a tearjerker with a irresistible sense of humor.

Book 3 of the NTRWA award-winning series

**This book contains spoilers to earlier books in the series, but can be read and understood as a standalone.**

Michelle Hazen is a nomad with a writing problem.

Years ago, she and her husband ducked out of the 9 to 5 world and moved into their truck. As a result, she wrote most of her books with solar power in odd places, including a bus in Thailand, a golf cart in a sandstorm, and a beach in Honduras.