Happy Release Day to YOU’RE NEXT by Kylie Schachte 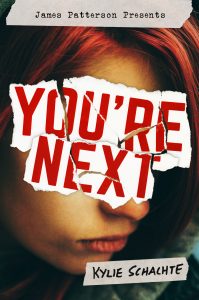 When a girl with a troubled history of finding dead bodies investigates the murder of her ex, she uncovers a plot to put herself—and everyone she loves—on the list of who’s next.

Flora Calhoun has a reputation for sticking her nose where it doesn’t belong. After stumbling upon a classmate’s body years ago, the trauma of that discovery and the police’s failure to find the killer has haunted her ever since. One night, she gets a midnight text from Ava McQueen, the beautiful girl who had ignited Flora’s heart last summer, then never spoke to her again.

Just in time to witness Ava’s death from a gunshot wound, Flora is set on a path of rage and vengeance for all the dead girls whose killer is never found. Her tunnel-visioned sleuthing leads to valuable clues about a shocking conspiracy involving her school and beyond, but also earns her sinister threats from the murderer. She has a choice—to give up the hunt for answers, or keep digging and risk her loved ones’ lives. Either way, Flora will regret the consequences. Who’s next on the killer’s list?

PRAISE FOR YOU’RE NEXT:

“Schachte’s debut novel has the pacing of a stick of dynamite: a slow burn leading to an explosive ending.”

“Schachte has done an impressive job taking a hard-boiled detective story and turning it on its head…an addictive page-turner for YA mystery fans, especially those looking for a Veronica Mars–like read.”

“In her gripping debut, Schachte merges the spirit of Nancy Drew with modern-day sensibilities.” 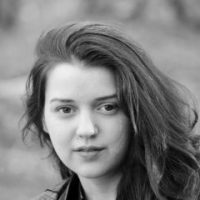 Kylie Schachte lived in nine different cities–from Moscow to Los Angeles–before making her home in Portland, Oregon. She’s a graduate of Sarah Lawrence College, and an active member of the Pitch Wars online community as both a program alum and mentor. When she’s not writing, she can be found attending concerts, exploring the Pacific Northwest, and refereeing between her tiny cat and giant dog—the cat always wins.