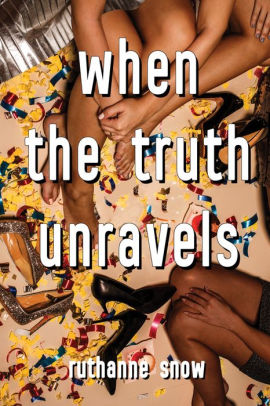 She knows she’s lucky that her parents found her in time. Lucky to be going to prom with her three best friends, like any other teen. Like it never happened. And if she has anything to say about it, no one but her best friends will ever know it did.

Jenna, Rosie, and Ket will do anything to keep Elin’s secret—and to make sure it never happens again. That’s why they’re determined to make prom night feel just like it would have if this past spring hadn’t been as eventful. This could be the night that convinces Elin that life can go back to what it was.

Except, at prom, Elin goes missing.

Now it’s up to her friends to find her. But each of the girls has her own demons to face. Ket is being blackmailed by an ex. Rosie is falling in love for the first time. And Jenna . . .

And no one, not even her best friends, knows why.

Heart-wrenching and utterly impossible to put down, When the Truth Unravels follows four friends as they confront their greatest hopes and darkest secrets during one life-changing night. 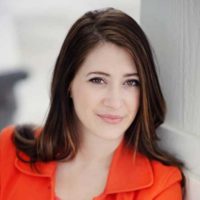 RuthAnne Snow was born and raised in Kaysville, Utah. She was a sorority girl in college and social activities director in law school—which was a lot like being back in the sorority. She has interned for the U.S. Senate, worked on policy papers for Congress and the State Department, and once spent a year sorting through emails looking for fraud. It wasn’t nearly as fun as writing fiction. She loves travel, dogs, horror movies, and baking. Her debut contemporary YA, When the Truth Unravels, will be published by Sky Pony Press in January 2019.