Happy Release Day to THE WAREHOUSE by Rob Hart 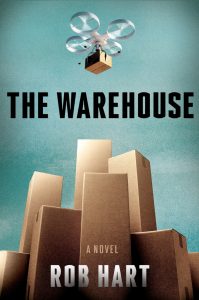 Cloud isn’t just a place to work. It’s a place to live. And when you’re here, you’ll never want to leave.

“On the surface, The Warehouse is a thrilling story of corporate espionage at the highest level, but dig a little deeper and you’ll find a terrifying cautionary tale of the nightmare world we are making for ourselves.”—Blake Crouch, New York Times bestselling author of Dark Matter

Paxton never thought he’d be working for Cloud, the giant tech company that’s eaten much of the American economy. Much less that he’d be moving into one of the company’s sprawling live-work facilities.

But compared to what’s left outside, Cloud’s bland chainstore life of gleaming entertainment halls, open-plan offices, and vast warehouses…well, it doesn’t seem so bad. It’s more than anyone else is offering.

Zinnia never thought she’d be infiltrating Cloud. But now she’s undercover, inside the walls, risking it all to ferret out the company’s darkest secrets. And Paxton, with his ordinary little hopes and fears? He just might make the perfect pawn. If she can bear to sacrifice him.

As the truth about Cloud unfolds, Zinnia must gamble everything on a desperate scheme—one that risks both their lives, even as it forces Paxton to question everything about the world he’s so carefully assembled here.

Together, they’ll learn just how far the company will go…to make the world a better place.

Set in the confines of a corporate panopticon that’s at once brilliantly imagined and terrifyingly real, The Warehouse is a near-future thriller about what happens when Big Brother meets Big Business–and who will pay the ultimate price. 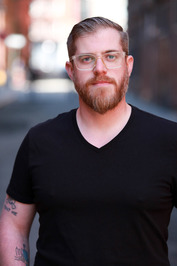 Rob Hart is the author of the Ash McKenna crime series and the short-story collection TAKE-OUT. He also co-wrote SCOTT FREE with James Patterson. His new novel, THE WAREHOUSE, coming from Crown in August 2019, has been sold in more than 20 countries and been optioned for film by Ron Howard. He’s worked as a political reporter, the communications director for a politician, and a commissioner for the city of New York. He is the former publisher at MysteriousPress.com and the current class director at LitReactor. He lives in Staten Island with his wife and daughter.