Happy Release Day to THE HOTEL BETWEEN by 2018 Mentor Sean Easley! 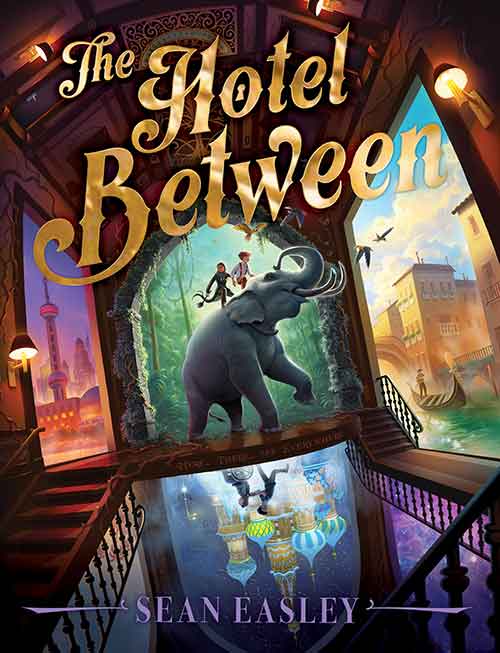 A magical hotel, a mysterious tree, and a cryptic story about their missing father leads twins Cam and Cass on a worldly adventure in this enchanting debut novel that’s perfect for fans of Escape from Mr. Lemoncello’s Library and Wildwood.

​Twins Cam and Cass have never known their parents. They’ve been told their mother died, and Cass is certain their father abandoned them. Cam isn’t so sure. He wants to prove her wrong; he must.

​Cam’s wish is soon granted in the form of a glistening, golden sign with elaborate flourishes that reads: The Hotel Between. With doors that open to countries all over the world, magical trollies, charmed corridors that can be altered on a whim, stone elephants that turn to life, sweets made from rocks; everything is possible in The Hotel. Cam has a hunch his father is somehow connected to this magical place, and may even be lost within its hidden halls.

​Every journey has its risks, and The Hotel Between is full of dangerous secrets. If Cam’s not careful, his stay may be over before his vacation has even started.

Praise for “The Hotel Between”…

​“Magic and mystery draw you into The Hotel Between, and I couldn’t leave until I knew all its secrets. Can I make a reservation yet?”

​—James Riley, NEW YORK TIMES bestselling author of the Half Upon a Time and Story Thieves series.

“Danger, fun, and heartbreak abound in this rollicking magical adventure around the world.”

​—Lisa McMann, NEW YORK TIMES bestselling author of The Unwanteds Quests series and many other books 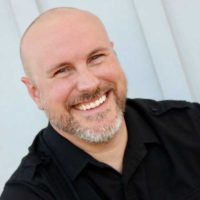 In college Sean Easley studied written composition and teaching, eventually earning a Masters degree in education. He spent over a decade teaching and mentoring students in various environments, but eventually decided to put his education to work writing fiction.

​Today Sean writes books full-time in his little office in Texas, where he lives with his wife and son. There may or may not be two dogs and a cat involved.

​When he’s not writing world-spanning adventure stories, Sean can be found checking out fictitious worlds in books, TV, and video games. He gets bored with only one world to live in, and he’s glad that so many others have shared theirs with him so he can stop falling out of his chair.