Happy Release Day to MOONSWORN by past mentee Amber Renard 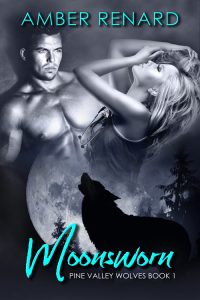 Kel O’Conley, DVM, treats supernaturals and their pets. Where else can a witch take a talking familiar for vaccinations or vampires get a stake removed? Kel wants experience in her field before returning to her pack. She’s fought tooth and claw for her dream and nothing will stop her.

Until Tavis Alger, Heir to a rival pack, appears at her clinic with a gravely injured werewolf. Accustomed to obedience, Tavis doesn’t know how to handle Kel—except in the bedroom. She completely disregards Tavis’ title, but remains his packmate’s best chance at survival.But Tavis’ Alpha doesn’t trust Kel and swears a blood oath: Should the injured werewolf die, so does Kel.

To save herself, Kel proposes a political mating with Tavis despite their bickering. She didn’t expect their white-hot attraction or developing feelings, but when more supernaturals are targeted, Tavis and Kel must work together or lose everything. 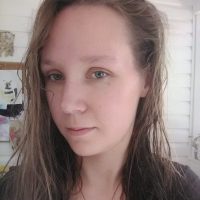 Allison, writing as Amber Renard, is a wife, mother to two little girls, equestrian, gardener, and of course author. I was an avid reader long before my writing career began in the second grade. My mom soon found the only way to adequately discipline me on the rare (ha!) occurrence I misbehaved was to take away my books. It was an awful and effective punishment and I’ve been devouring any genre of book that catches my eye since. My day job is at a pharmaceutical company on the manufacturing floor, and nights are spent writing or with the family. As for writing projects, I love Urban Fantasy, sci-fi, specifically of the dystopian bent, and now Paranormal romance.