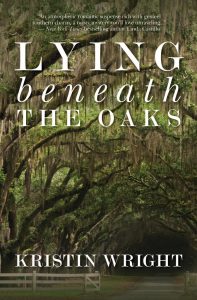 Molly Todd wakes up in a Vegas parking lot with a headache, a virtual stranger, and a wedding ring. Jobless and broke, she’s left with no other option but to go home with new husband Cooper Middleton to the Lowcountry of South Carolina to straighten out the mess they’ve made. It’s in Molly’s best interest to get an annulment sooner rather than later–before her hosts find out that she’s not the kind of guest anyone wants at their Thanksgiving dinner.

The more Molly gets to know Cooper and his family, the more she wonders if she and Cooper might have a real chance together. She longs to tell him her secret even though she knows the truth might get her kicked straight out into the nearby swamp. While she wavers, Molly’s unusual life experiences allow her to spot the skeletons in the Middleton family closet: ones Cooper’s never suspected, ones that are hidden in plain sight. What Molly discovers will shake Cooper’s foundations–and could threaten both their lives. 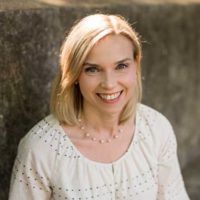 Kristin Wright lives in the wilds of Virginia, a mile from her own mailbox, with her husband, two kids, and two beagles (one silly, one Machiavellian). She works full-time as a lawyer for a local government, and writes most of her books in the driver’s seat of her Ford SUV while her kids play sports. This is her third time as a Pitch Wars mentor, and she got her agent, Sarah E. Younger, with her own Pitch Wars manuscript in 2014. Her debut Southern domestic suspense novel, Lying Beneath the Oaks, will come out in early 2019. She writes young adult contemporary as well, under the name Kristin Button, and two of those works are available on Radish now.