Happy Release Day to Every Stolen Breath by Kimberly Gabriel 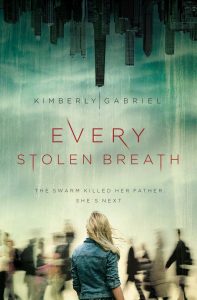 Two years after her father’s murder, Lia Finch is the only one left still pursuing his killers.

In downtown Chicago, teenagers have been attacking their victims in packs. Sharing the coordinates of their targets through social media, the Swarm emerges from the crowd and descends on a single person, with each member landing a blow until the victim is dead. Local authorities dismiss it as gang violence they can’t control. But Lia is convinced these attacks are politically motivated and controlled by a syndicate of organized crime that thrives on power and intimidation. Desperate to prevent another death, Lia teams up with a teen hacker, a fame-hungry reporter, and the mysterious boy who might have been the cause of her father’s murder. But by the time Lia realizes the deadly consequences behind her obsession, she’s already become the Swarm’s next target.

Inspired by the real-life “flash mob” violence struck Chicago in 2011, EVERY STOLEN BREATH is a fast-paced, immersive thriller, which looks at just how hard one girl will fight back against the crowd knowing any breath might be her last. 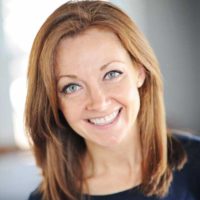 Kimberly Gabriel started writing in fourth grade when she wrote, bound, and gave away books of terrible poetry to family and teachers as holiday gifts. Today she is an English teacher, who still squanders all free minutes to write and uses it as the best scapegoat for her laundry avoidance issues. When she is not teaching or writing, Kimberly is enjoying life with her husband, her three beautiful children, and a seriously beautiful boxer in the northern suburbs of Chicago. Every Stolen Breath (out November 5, 2019 with Blink/HarperCollins) is her debut novel. She is represented by Jennifer Herrera at David Black Agency.