Get to know the Pitch Wars Mentors Mini Interviews . . . No. 3 Adult

From June 27th through July 18th, we’ll be posting mini-interviews with most of the Pitch Wars mentors so you can get to know them. Many of the mentors also hang out on twitter. Follow the links to their Twitter accounts and say hello. They’ll be on the #PitchWars hashtag tweeting advice and answering questions.

We will also host live chats from July 19th through August 2nd, and the Pitch Wars submission window will open on August 3rd!

We asked our mentors to answer these three questions …

1. What are you looking for in a submission and what would you forgive as far as issues in the sample pages? In other words, what do you feel is an easy fix and what would be a pass for you?

2. What is your editing style and do you have a game plan to tackle edits with your mentee in the two months given for the contest?

3. And lastly, what is your all-time favorite book and how did it inspire your writing?

And here are their answers …

Kristen Lepionka’s mystery series featuring private investigator Roxane Weary debuts May 2017 from St. Martin’s Press/Minotaur Books. She grew up mostly in a public library and could often be found in the adult mystery section well before she was out of middle school. Her writing has been selected for McSweeney’s Internet Tendency, Grift, and Black Elephant. She lives in Columbus, Ohio, with her partner and two cats.

ONE: I’d love to see a submission with a bold voice and a story with good bones. The nitty-gritty of the plot can always be fixed, and so can issues like starting in the wrong place or some character inconsistency, but a story without a solid premise in its core is going to be difficult to fix in 2 months.

TWO: I’d say my editing style is thorough but flexible. I can’t tell you exactly how to fix every single issue in a manuscript—it’s YOUR story, after all—but I can offer you lots of suggestions to help you find a solution that resonates with you. I will likely provide an edit letter very soon after the contest starts—or, depending on my mentee’s communication style, an edit-email-chain because this process should be a discussion, not just a radio transmission! My awesome mentor from last year, Kellye Garrett, was great about emailing back and forth a lot, which I found to be really helpful in terms of working out the kinks in my ideas. I’d also love to get to line edits on the revised manuscript before the agent round, time permitting.

THREE: If I have to choose just one, I’ll go with Lush Life by Richard Price. He’s a master of characterization, sketching out fully formed people with just a few well-placed details. Even his supporting-supporting characters feel vivid. Characterization is a priority in my own writing because of his work.

Margarita received a Creative Writing degree from Emerson College and has worked on both the agent and publisher side of the industry, as well as in social media. She’s blogged for Marvel, Google, Quirk Books, XOJane, and her own blog, The Diary Project. She writes upmarket fiction and is currently between agents. While she doesn’t currently live there, she is forever a Brooklyn girl at heart.

ONE: I’m looking for strong writing that immediately intrigues me with the story and characters. I’m looking for submissions that convey a passion for writing, and an understanding of solid storytelling. I’m also looking for something different, something left of center. The more original, the better. In terms of what I’d forgive in the opening pages, I’d sooner forgive weak plot over weak characters or weak prose. And if I see promise in the prose, I could forgive the story beginning in the wrong place, which happens a lot with newer writers. But even a weaker plot needs to have compelling elements to make up for it, and ideally a strong voice. Lack of a voice is hard to fix. Developing a voice through writing can take years, so if the quality of the prose isn’t there, I would have to pass no matter how strong the plot is. Also, anything that feels like a first draft will be an easy pass. And even though things like spelling and grammatical errors are simple enough to fix, if a submission has too many of them, that’s going to be an easy pass for me, because it shows the author didn’t take enough care proofreading the work.

TWO: Ideally, I like to do at least two round of edits. The first round is to go over the big picture changes via an edit letter and, after that revision, I do line edits. Along with the initial edit letter, I might suggest some exercises to help develop the characters or story (but no beat sheets, I promise!). I’m also open to do general brainstorming during the two months, and will offer all the cheerleading and moral support I can. I know how much hard work goes into these revisions and what an intense time it can be, but I’ll be there to help make it less stressful.

THREE: I could never pick a single favorite book or even favorite author, but Margaret Atwood’s complex female characters and relationships between them set a high bar for me, while Milan Kundera’s work showed me how it’s possible to incorporate ideas and greater life observations while still telling beautiful stories. And both authors have inspired me to strive to create stories that are both entertaining and thought-provoking.

Jason is a programmer by day, writer by night. Born a Texan, he’s lived in the Pacific Northwest for so long he’s become a transplant. With a wife and four kids, he always has plenty to do.

ONE: I want voice that sweeps me into the story and leaves me cursing you for not sending more. I’m willing to forgive simple editing errors, I can teach someone how to handle those. I’ll pass on opening pages that just don’t suck me in.

TWO: It depends on what the Mentee needs. With some mentees, I’ve done big picture edits on the story arc and character motivation. With some, I’ve taught line editing using a back and forth pattern where once they have it down, I let them run loose.

THREE: Neuromancer – it’s the book that totally changed what I thought SF could be. Afterwards my worlds tended to dark, brutal, drug-filled and so on. 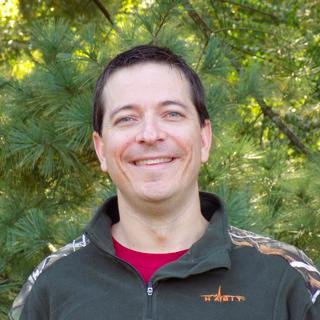 Michael is a soldier. In his spare time he writes science fiction and fantasy, usually focusing on military settings and characters. He is represented by Lisa Rodgers of JABberwocky Literary.

ONE: The key things we want to see are voice and active writing. We can work on plot, we can work on structure, but with only two months we need to start from a point where the author has command of how he or she wants to tell the story. We also see dialogue as a barometer for writing skill, so we want to see some in the first chapter.

TWO: As Co-mentors, we will be looking to maximize each of our strengths. For editing, we’re looking at three passes. Michael will do an initial edit letter with big picture things, and brainstorm with the mentee on possible ways to fix any large plot or structural issues. In the second pass, Michael will do line edits. Around the same time, Dan will read with fresh eyes to assess the effect of the changes and advise on anything else that can be better going into the final version. During the process, Dan will work with the mentee on query and synopsis issues, as well as advise on platform, marketing, and the overall situation in the market.

THREE for Dan: I grew up reading epic fantasy, but one book that really inspired me was Dune by Frank Herbert. I loved that it combined space-opera sci-fi with fantasy-style combat and deep political intrigue. The spice must flow.

THREE for Michael: There are too many. For today, I’ll say Starship Troopers, because of how it portrayed the future of warfare. It affected my work because it showed how a writer can write Military SF that’s both real, and way out of this world.

Thank you, mentors, for your marvelous answers. We appreciate you so much!