Bullies have been the bane of my existence since the sixth grade, and when I saw Brenda Drake was doing a blog series dedicated to anti-bullying, I knew I wanted to contribute. This cause is close to my heart.

Before I go into my experience with bullies, I wanted to share some things I’ve learned over the years. There are a lot of myths about bullying—that bullies just have low self-esteem, that bullying is harmless and builds character, that victims should just ignore bullies because they’ll eventually go away.

None of those things are true. According to a UCLA study, most bullies have ridiculously high self-esteem. Sure victims of bullies grow in character, but some also commit suicide. While a bully will eventually go away, that may not happen for years or even decades.

So what to do?

Let’s take a look at what a bully is and then we’ll tackle strategy.

Bullies emerge when two things happen. First, there’s a tumultuous environment (a change from grade school to middle school, a new boss in the office, a sudden shift in media exposure, a change in success of a member of a household, etc.), and then a social hierarchy forms. When that hierarchy forms, a leader naturally emerges, and if that leader has any insecurity, he may attack someone he sees as submissive. And then we have a bully.

This is cave-man brain at its best, and to combat a bully, you have to think like one, like a cave-man.

3 WAYS TO STOP A BULLY

1. Find a friend. Having just one friend may be enough to deter a bully. There’s safety in numbers.
2. Avoid submissive behavior. Hold your head high, look a bully in the eye, and say out loud, “STOP.”
3. I usually don’t advocate violence, but if a bully escalates his attacks from teasing and shoving to throwing punches, you don’t have to sit there and take it. Fight back. Learn to throw a punch. Bullies have killed kids.

What can you do if you see a bully? The number one thing you can do is speak up. Be a friend. Don’t succumb to the by-stander effect. Tell the bully to “STOP,” and then befriend the victim. Sometimes it takes just one friend—just one—to end a cycle of bullying.

Bullying doesn’t just hurt physically and socially. It hurts emotionally, mostly because victims tend to blame themselves. That makes them even more submissive and even more susceptible to bullying, which can last for years and take a huge toll.

It’s important for victims to know 1) it’s not their fault, and 2) they’re not alone. You, as a friend, can help by telling them and showing them.

I’ve been bullied a bit: I was teased mercilessly in grade school for my pointy ear (yes, for real, I have a pointy ear and I LOVE IT…now…), for my big nose, and pimples. One high schooler threaten to rape me if he ever found me waiting for the bus alone. I couldn’t WAIT for him to graduate, because I was too shocked and scared to tell anyone. Fast forward a couple decades and enter some unexpected media exposure. When a high-profile woman was arrested for attempted first degree murder, and I was her victim, the online bullies came out in full force. Especially after my oh-so-beautiful face, pointy ear and gigantic nose landed on the cover of PEOPLE magazine. At least my pimples had cleared up. Still, the derogatory online comments and open threats showed me the absolute worst of humanity. Those bullies are still around. They still send me hate mail, and I delete it. I have no idea if an online bully who’s threatened to kill me will show up in real life, so I carry a gun. Always. And I’m a marksman.

At the beginning of April of 2016, PEOPLE Magazine published a 3-page interview with me, and of course the bullies came back. It’s easy for me to delete hateful emails without reading them, but some bullies like to post online anonymously. I’ll never engage them, because that’s what they want. They want the thrill of the attention. Instead, I write about bullying and victims of bullies.

Bullying is an underlying theme in my YA Paranormal novel, Eerie. Two of the main characters have suffered bullying their entire lives and each developed a way to cope. One—Giselle—withdrew almost completely from her social environment and became mean, pushing everyone away as a defense mechanism. The other, Eerie’s protagonist Hailey, also withdrew socially. She, however, adopted a shy but sunny outlook, becoming so kind to everyone that she became somewhat of a push-over. It was her “kill them with kindness” defense. Until these two characters meet, they’re alone and on a fast downward spiral. But once they become a friend for each other, things turn around. It’s my favorite book relationship ever, because it rings true: friends stop bullies.

Thank you, Brenda Drake for opening up a discussion on bullying and for letting me guest post. My heart broke with your heart, and I hope A knows how many of us love and support her! 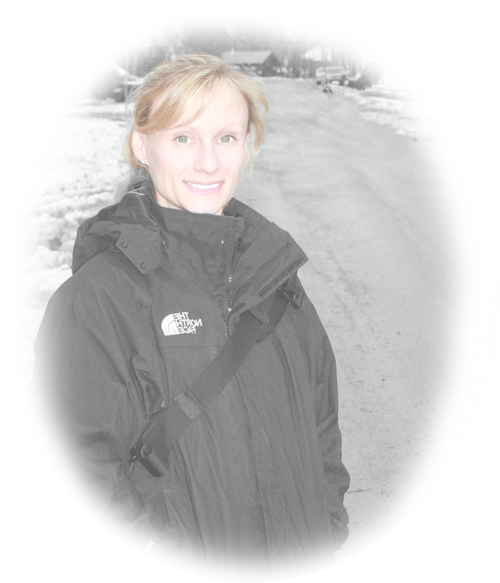 C.M. McCoy is an Irish dancer and former military officer living in the Great White North. Though B.S.’d in chemical engineering and German from Penn State University, she’s far happier writing stories involving monsters and Alaska (with an awkward kiss in the mix.) While working 911 dispatch for Alaska State Troopers, she learned to speak in 10-codes, which she still does…but only to annoy her family.