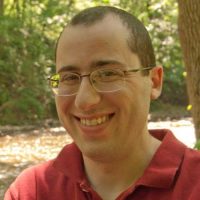 Eric Bell knew he loved telling stories when the other kids at recess would act them out. It was one of the few times in his childhood he was truly accepted. As a grownup, he writes stories about kids also finding their own versions of acceptance, and learning that it’s more valuable to accept yourself. Eric is the author of ALAN COLE IS NOT A COWARD and its sequel, ALAN COLE DOESN’T DANCE. Both books are about a gay seventh grade boy who deals with bullies, crushes, family issues, the healing power of art, and coming out. ALAN COLE IS NOT A COWARD was included on the Rainbow List for GLBTQ Books for Children and Teens. Eric will also be featured in the upcoming queer middle grade short story anthology THIS IS OUR RAINBOW. When not writing, Eric teaches writing classes, runs writing workshops, and copyedits. He has been a Pitch Wars mentor since 2018. He loves working with writers and helping to bring out their natural storytelling voice. 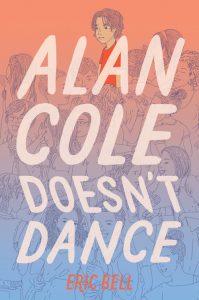 Louisa hates moths. They flash their eyespots at her, follow her through the fields and forests of her new home in rural New York [good establishing of setting, as well as her situation as having recently moved], and even crawl in her hair [nice and icky – good stuff!]. She packs extra bug spray and stays indoors to keep them away. There’s no hiding from a scary story once it takes root in your mind, though—especially the tale of the Adirondack Moth Witch. [It’s unclear on whether this scary story developed independently of Louisa’s dislike of moths, or if they’re related. I could see either one coming first. Personally I find the legend of the Moth Witch more interesting than a dislike of moths, so you might want to consider leading with that instead. Maybe something like (reworded to fit your voice, of course!): “Louisa has grown up haunted (or however she learns about the story) by the tale of the Adirondack Moth Witch. Part moth…” and after you go into that, you could then circle back to the beginning of the paragraph, so something like “Moths would be bad enough even without the story. They flash their eyespots at Louisa, follow her…” This way you lead with the really gripping stuff first, then bring it back to the character.] Part moth, part human, the Moth Witch steals souls and slowly devours them, leaving her victims weak and forgetful. [I’m sure you go into this in the story, but I’d be curious to know about a moth-like quality the Moth Witch supposedly possesses. Maybe something that ties back into Louisa’s dislike. This could just be a few words, but might bring a nice visceral image of this part-creature part-human. I’d also be curious to know where this legend developed from for Louisa – is it a story passed down in Louisa’s family, for instance, or is it an urban legend she picked up on after she moved, or something else entirely?] They die too young [does this mean the Witch primarily targets children?], their hearts full of sorrow.

Moths don’t bite, and twelve is too old to believe in a folktale. But the Moth Witch haunts Louisa’s dreams, calling her by name, tempting her into the woods with strange visions. One by one, family and friends who’ve been touched by eye-spotted moths fall mysteriously ill. [These last two sentences don’t seem related. Can you move the second sentence to the next paragraph, or even better combine the two paragraphs? So it would read:

“But” and “and” can go a long way to bridging connections between thoughts in paragraphs! Otherwise, this is a solid summary of what’s at stake for Louisa – she must overcome her fears, and the threat of losing her soul, to save her family and friends. Nice!]

Louisa can hide at home, hoping the Moth Witch lives only in her imagination, that her loved ones will get better on their own. Or she can face her fears and try to save them from a monster who hungers for Louisa’s soul most of all.

Complete at 53,000 words, (Title) is a contemporary middle grade horror that combines the spooky thrills and big feels of Small Spaces with the creepy-crawly chills of The Nest. [Is it possible to use another MG comp title here instead of The Nest? To be fair, I’ve heard conflicting information about comp titles. I’ve heard some agents prefer to see comp titles within the age category. However, I’ve also heard some agents like it when you can mix things across genres or even mediums, like “It’s like X with a dash of Y.” And I’ve also also heard that comp titles aren’t that important at all! Basically to sum up, if you have another MG comp to use, I would use that instead, but it’s probably not a huge deal if you keep the adult book in there, since you already have an MG. Also, there may be other MG comps you could use that aren’t horror – creepy fantasy stories about myths and legends. Your story reminds me of Paola Santiago and the River of Tears – which, to be fair, I haven’t read – but it might be a good comp, as it’s about a girl dismissive of a cultural legend but who’s forced to take the myth seriously to save those close to her.] As a high school biology teacher and former research scientist, I enjoy working with both young humans and six-legged creatures. My short fiction has appeared in Cricket and The Pedestal Magazine. [This is a good bio – you keep the details short and relevant.]

I toss and turn on a cot in Grandpa’s office, begging my body to fall asleep. The air drifting in through the open window is too hot to cool the sweat that trickles down my neck [great way to show the heat without saying “it’s hot”] and it smells like cow manure from the dairy farm down the road. Somewhere in the grass below the window, a cricket chirps, over and over [this repeated noise is an excellent way to hammer home how she’s been awake for so long]. Every time I think it’s done for the night, it starts up again, like it enjoys tormenting me. When the cuckoo clock warbles twelve times from the kitchen, I sigh and open my eyes. [Lots of great sensory detail here: smell, sound, touch. Sweat is a very evocative descriptor too.]

A moth the size of my hand clings to the window screen, its wings outstretched in a dark wedge. I sit up, the skin between my shoulder blades tingling.

I’m not a big fan of moths [based on the query, this seems like a bit of an underreaction. In the next paragraph, we get a sense of how afraid she is, but “I’m not a big fan of moths” seems a bit too…understated? If you were to add in something as simple as the word “exactly,” so it would read “I’m not exactly a big fan of moths,” that would imply that she’s withholding information. It would also give us some insight into her personality: she’s a little snarky, which would be confirmed when she refers to the moth as “that thing out there.”], especially the huge fuzzy kind. I flick on the pole lamp in the corner to see if that will scare it off. It stays still, clinging to the mesh with six jointed legs. Bands of dark and light brown alternate across its scalloped wings. In the center of each wing segment, a black-and-white spot stares back at me like another set of eyes. [Great description of the moth – creepy but not to a supernatural extent. You don’t want to lead with the stuff about the Moth Witch, and this is a great way of easing your readers into the story.]

Grandpa will help me get rid of it if he’s still awake [nice way of showing she trusts Grandpa, especially since she gets up to ask him and not Mom]. I slide off the cot and pad out into the living room. Mom’s asleep on the fold-out couch [nice showing – we see that Louisa’s on a cot in the office, but she could be sleeping over at Grandpa’s. Here, however, we see that Mom is on a fold-out couch, hinting that something else is going on with their living arrangements], her long hair fluttering from the back-and-forth sweep of the fan sitting on the end table.

[This is a pretty solid first page! You do a great job bringing us into the action gradually but quickly. We already learn a lot about Louisa’s personality, her living arrangements, her implied opinions on her family members, and of course her opinion on moths. If I were browsing books, I would certainly keep reading based on the first page. Great work! Best wishes in Pitch Wars 😊]

Thank you, Eric, for the critique! We are showcasing three mentor critiques each day leading up to the Pitch Wars 2021 submission window, so make sure to read the other two critiques for today and come back tomorrow for more.