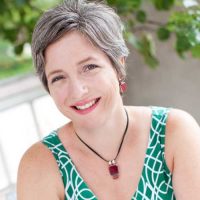 I was that kid who kept sneaking into wardrobes hoping to make it to Narnia long after it was cool. Let’s be honest–I still have hope! Now that I’m a bit older, people think that’s sort of creepy, so I found my way into writing instead.

Every job I’ve had from my first work-study job as an editor in DePauw’s Writing Center to working the children’s section of a small independent bookstore to writing instructions for computer software, involved reading, writing, and editing.

Seven years ago, I turned my skills and experience toward publishing. Since then, I have worked with indie- and traditionally published authors in both fiction and nonfiction across age ranges, and have also helped clients formulate their query and pitching strategy. My affiliations with SCBWI, AWP, and EFA, and my work with Pitch Wars/Teen Pit, all keep my industry knowledge current and sharp. And my love of the written word translates into all that I do.

When I’m not geeking out on story, you’ll probably find me in my garden, in the kitchen, wrangling my two teenagers and two naughty kittens, or, one day soon, traveling. 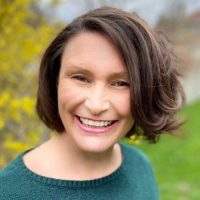 Jessica Vitalis is a Columbia MBA-wielding writer specializing in middle grade literature. An American expat, she now lives in Canada with her husband and two precocious daughters. She loves traveling, sailing, and scuba diving, but when she’s at home she can usually be found changing the batteries in her heated socks. Her debut novel, THE WOLF’S CURSE, sold to Greenwillow/HarperCollins in six-figure pre-empt (coming fall of 2021 with a second book to follow).

[Consider including age, i.e. “Twelve-year-old Millie is shy and bookish by day, but at night she transforms into The…”] Shy and bookish Millie has learned to transform nightly into The Little Flying Dynamo, performing with her family on the Vaudeville circuit in 1915. [So it’s historical? Mention that in the intro, i.e. “…middle grade historical fantasy…” We don’t need the exact date here because Vaudeville anchors us in time.] She’s the acrobat, but her twin sister, Lila Mae, is the real sweetheart of the stage, naturally and effortlessly charming audiences with her presence. But moving pictures are pushing theaters to convert to movie houses and the United States seems poised to enter an overseas war, which beckons her older brother, Paul, with promises of noble sacrifice and glory. [This last sentence doesn’t connect with the previous sentence. We’re set up to think the story is going to be about Millie’s dual personas (does she like the transformation she has to make every night?) and/or a conflict between the sisters (jealousy, perhaps?) but then motion pictures, the war, and the brother are introduced, leaving to wonder what the story is really about. Rather than focusing so much on her siblings, we’d encourage you to focus more on Millie’s perception of her family and the world; how does she feel about her siblings? Is she scared everything is changing? Happy that she won’t have to be someone she’s not?]

On the night of their second-to-last show on the tour, Millie stumbles upon another world under the trap door of the stage. The fantastical creatures inside—who look like familiar characters from plays and books but who aren’t who they seem—lure her inside by capturing her sister [Can you be really specific here to give us a better/more vivid sense of the world?]. Millie challenges Puck, the leader, to a game of hide and seek: if she unmasks the spirits and finds their true identities before her time expires, she can win her sister back and return home. If not, Puck will make her forget herself, transforming her into Dynamo forever, and use her energy as a cog in this warped machine of an underground world. [This sounds like a fun story with a great plot and big stakes! But we don’t know enough about Millie from the first paragraph to fully invest—if she’s jealous of her sister, does she have second thoughts about saving her? If she’s forced to transform every night into something she’s not, does she want to return to the way things were? If the world is changing anyway, will she have a world to return to?]

With themes of friendship, family, and commitment to truth at all costs, THE VAUDEVILLIANS merges dark literary fantasy with historical fiction and asks young readers to consider the roles they play in their own lives. [Consider eliminating this paragraph—all of the information it contains is clear from the rest of the query.]

I was previously represented, but we have recently and amicably parted ways. TITLE has never been on submission, but I am happy to discuss the submission history of another middle grade ghost story, further. In the past year, these two manuscripts have won the T.A. Barron Scholarship for Fantasy at Hamline’s MFAC and the SCBWI’s national Work in Progress award, respectively. I’m currently enrolled in Hamline University’s MFA program for children’s literature.

Have a great day,

[this sounds like a terrific story! We think that by sharing more of Millie’s perception of her world and how the other world threatens her hopes and dreams for her own future, it will be a home run. We hope you found this feedback useful and wish you good luck!]

[Millie…]She waited in the dark with her hands crossed over her heart. [We suspect you are withholding her name on purpose, so that you can introduce her as Dynamo later, but without a name, we don’t have a character to latch onto.]

Feet planted firmly on the stage, she stared [how can she stare at it if it’s dark?] at the heavy red curtain and knew that [. On…] on the other side, people were waiting for her as well. Waiting to feel something—something exciting or aching or funny or angry. They wouldn’t know what to feel just yet, because she hadn’t told them, and she was the one in charge. [Can you give us an emotional beat here? How does she feel about being in charge? Powerful? Scared? Tired? Anxious? Has she ever failed? Is she always perfect? Is she good at this?] Someone sneezed, but no one blessed them. [Consider making this last sentence a separate paragraph.]

At the same instant, the music and lights came on like a shot [We’re not sure what “shot” is referring to here—maybe a gunshot but then it feels like a mixed metaphor when you get to the “thunderclap” in the next sentence.] —a white light with a thunderclap of a chord. Her back was turned to them [But she was facing the curtain earlier—clarify scene blocking.]. With her head down and one foot tucked behind the other, she raised both arms above her head as the jumble of chords untangled themselves in a sticky sort of sound, revealing long, red, glittering sleeves that looked like wings. [Insert: A jumble of chords untangled themselves in a sticky sort of sound.] Instead of lowering them again, s [S]he reached back with slow control, flipping herself backward as effortlessly as most of them could blink. [You say she moves with slow control, but a blink is very fast so we aren’t sure how to visualize this.] The piano picked up, and her movements accelerated to match. It was a tango, but she was by herself, and she skittered across the floor, her feet quick and light. A drum joined, a tambourine was struck [Can you find an active way to express “was struck”?], and she sprang into the air. On and on it went until she felt it: they were audience held holding their breath, captured. Entranced. She had them.

Well, Dynamo had them. [Knowing she identifies as Millie makes this moment even more powerful—it shows us that she thinks of Dynamo as someone other than her true self.]

Her routine was a combination of dance and acrobatics, and sShe moved through it her routine, reveling in the power [Okay, so she enjoys giving these performances?], knowing that as long as she stayed safely within the bounds of the stage, she’d fool them all again for another night, so much so that they’d even fool themselves. Because they were no longer even in their own lives anymore; she had taken them someplace else, far away and fantastical, a world of music and glamour and grace, if only for a few minutes. [Instead of telling us, can you show us? Let us feel her muscles move. Help us understand how she pretends to be someone she’s not (and how she feels about it). Perhaps zoom in on one face in the crowd and show let us see what they see, where they are imagining themself. Getting specific might also help this feel more MG—it’s skewing a bit older right now.] She moved to the center of the stage, did a little plié, and spun on one foot: once, twice, three and four times, on and on until she stopped, perfectly poised with her arms extended and those crimson sleeves still rippling from the inertia. [Beautiful description!]

In the small pocket of time between her pose and the audience’s reaction she allowed herself one look out into the house. [Of course we don’t know what comes next, but we hope you dig into her emotions and that she compares this moment to when she’s not on stage so we can see how performing impacts her emotionally.]

[Thank you for sharing your work with us! We made several specific suggestions as we read, but here are a few additional thoughts:

In general, we’d encourage you to slow this scene way down. Instead of telling us how she feels and how she dances, show us. And show us the audience’s reaction. We’ll feel much more invested in her if we understand how she feel about performing right from the beginning. We see that she knows she’s in charge, but we don’t know how she feels about that, or how it differs (if at all) from when she’s not on the stage. Finally, because you want this scene to be poignant and powerful and theatrical, we’d encourage you to consider writing it in present tense—what way, we can be there dancing with her in real time. The past tense takes away the immediacy of the experience.

We hope you found this feedback useful; good luck with your revisions!]

Thank you, Julie and Jessica, for the critique! We are showcasing three mentor critiques each day leading up to the Pitch Wars 2020 submission window, so make sure to read the other two critiques for today and come back tomorrow for more.