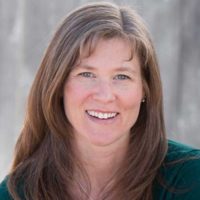 Thank you so much for providing this opportunity for upcoming writers. I think you might enjoy my 90.000 word YA contemporary fantasy novel, TITLE.

When 17-year-old Oscar suddenly starts transforming [look for passive words like “starts” and strengthen those phrases; “starts transforming” becomes “transforms”] into a mouse at random, all he wants is for things to go back to normal. [This is a big event– really use it to hook the reader, get us closer to the action and the feels and the stakes. When/where/how does this happen? How does he react to this sudden event—does his world normally contain magic, which would make this slightly less shocking? And we can assume he wants to get back to normal—but get us closer to the stakes. WHY does he want his normal life back? What does he want to return to?] His search for answers leads him straight into Berlin´s magical underworld, where he gets caught up in the heist of a legendary artifact that could start a war. [We don’t need to know this yet. It’s confusing to read this and find out in the next sentence that he hasn’t made this connection yet or set on this journey yet.]

Hiding out in an abandoned building, [This is a long query, so delete information that the reader doesn’t need. We don’t need to know he was hiding in an abandoned building, we just need to know what he discovers.] Oscar soon discovers there´s more to the city´s numerous night clubs than first meets the eye. Closely guarded by the so-called gate keepers [If this is actually what they’re called, you don’t need “so-called”], many of them [Clarify: the clubs act as portals, not the gate-keepers] act as secret portals into the magical realm.

Outside of these clubs, magic cannot exist in the human world – yet Oscar can change into a mouse anywhere. When his unique ability is discovered by one of the gate keepers, Oscar is offered a job – [Why is he offered this job? Why does he take it?] help steal the witch bone, a magical artifact of legendary powers.

Together with a group of other magically gifted thieves, [I was not aware that Oscar is a thief. I wouldn’t mind a brief mention of Oscar Before Mouse at the beginning of your query.] most notably the bold and enigmatic Fia, Oscar prepares for the heist of a lifetime. [The biggest hooks to me for this book are:

1. Heist: The reader doesn’t know this is a heist until now. I assumed the artifact had been lost to history, which would make it more of a quest. If this is indeed a heist, I would like to know what/who they’re stealing from. The “who” is important here, as we lack a true antagonist.

2. Teammates/friends/allies: Hook us with this crew. Give us a direction to go with the Fia ship. She’s bold and enigmatic, but what really makes Oscar try to find her—have they become friends? Is he falling for her? Is he simply a morally good human-mouse?] But it all goes horribly wrong, and Oscar is left with the gate keeper murdered, [This is a detail that the reader doesn’t need in the query. Keep it streamlined—the goal is obtaining the witch bone; the stakes are that a teammate is missing.] while Fia and the witch bone are missing.

Distrustful of the new gate keeper, and resolved to clear Fia´s name, Oscar discovers a conspiracy to use the witch bone for a magic-based invasion on the human world. If he wants to find Fia and the witch bone in time to prevent war, Oscar must let his mouse side take over and go on a mad [“mad” could be replaced with an adjective that reflects the tone of your book: is this a dangerous hunt, or a wild chase or a fun romp? Is your book dark and serious, or fun-heist?]

hunt all over Berlin – at the risk of losing his humanity forever. [This is a good illustration of my most common query feedback: Query real estate is expensive! You can condense these two long sentences into one shorter one. We don’t need to know anything of the new gatekeeper (I’m still not entirely sure of the role of the previous one and I don’t need to know it in the query.) We don’t need to know that he’s both trying to find Fia and clear her name. We also learn about the goal to use the bone against humans, and that Oscar must prevent war. Merge these concepts into the very essence of your book. Oscar’s goal… his obstacle…his stakes.]

TITLE is the first volume of a two-part series. I believe it will appeal to fans of Leigh Bardugo´s Six of Crows, or Cassandra Clare´s City of Bones. [This query could be for any age category, from chapter book through adult fic. Other than the character’s age, what makes this YA? What YA themes are present? Bring those out in this query. Distinguish it from sounding young, especially.] I studied North American Studies with a focus on literature at the John F. Kennedy–Institute in Berlin and Nottingham University. I´ve also lived in Berlin for ten years, [I like knowing this, and knowing that we’ll be exploring the city of Berlin, a unique setting for YA, with someone who knows it well.] experiencing the city´s many facets first-hand.

Thank you so much for your consideration,

[This formatting is very difficult to read, which takes the reader out of your story. The more focus it takes to read your formatting, the less enjoyable it is for your reader. You also lose much of your voice and emphasis without those natural pauses and breaks. (Also, your future mentors may be old fogeys. Be kind to their eyes!) Double spacing, paragraph breaks, indentation for new paragraphs, and proper line formatting for dialogue.]

Then he was hurtling towards the ground. The world expanded around him, or maybe he was shrinking. Impossibly, he landed on all fours. This is it, [Does he mean “This is it—I can make it out!” or “This is it—I’m going to die.”] Oscar thought. And then: I don´t want to die. And with that thought, Oscar started running, running as fast as he could, faster than he had ever ran before. He bolted forward on all fours, darting over the dry, hard soil, weaving between huge stalks of rye. Nothing made sense anymore. He didn´t care. [Oscar’s inner monologue before and after this dive into his head tells us that he is not currently analyzing whether events make sense. He’s repeating “I don’t want to die.” If you set up the scene to let us know this event is terrifying and out of the ordinary, you won’t need to tell us this.] Without looking, he knew the giant wolf was right behind him. He could feel the vibration of its paws thundering on the ground right behind him. [If you switch these two sentences, the reader can first hear the paws, and then deduce that the wolf is right behind him. Let us feel the paws thundering first, before telling us what is happening. If you tell us first, we miss that visceral reaction to paws thundering.] I don´t want to die, I don´t want to die. Oscar zigzaged desperately through the field, jumping and running in turn, his heart hammering, every breath burning in his lungs. Suddenly he heard music, people. He could smell smoke. The party! [More introduction to the character and the world before or during this scene would be helpful. Your query mentions Berlin, but we seem to be in a countryside here, so grounding the reader in setting would also be helpful—if you mention the German countryside, we immediately have some context from which to imagine your world from.]