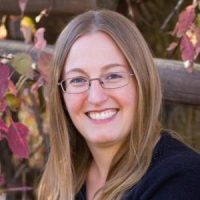 E.B. Wheeler attended BYU, majoring in history with an English minor, and earned graduate degrees in history and landscape architecture from Utah State University. She’s the award-winning author of twelve books, including Wishwood, The Haunting of Springett Hall, and Whitney Award finalist Born to Treason, as well as several short stories, magazine articles, and scripts for educational software programs. The League of Utah Writers named her the Writer of the Year in 2016. Her kidlit work is represented by Abigail Samoun of Red Fox Literary. In addition to writing, she consults about historic preservation and teaches history. 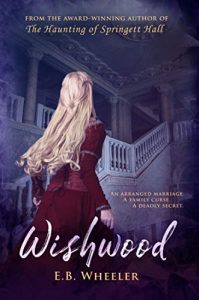 Kate agrees to an arranged marriage with the mysterious Thomas Westwood to save her family’s estate, but not everyone welcomes her at Wishwood, her husband’s crumbling manor. The family members talk about a curse, lights move through the ruins at night, and Kate’s maid won’t spend the night in the house. Thomas is hiding something from Kate as well, but as she grows closer to him, a series of accidents makes her suspect that someone is willing to kill to keep Wishwood’s secrets buried in the past.

Twelve men of the French Revolutionary Committee debate whether an unborn child has its own right to life. [This hook could be stronger. You want your query to highlight character, conflict, stakes, and “sizzle” – something that sets your manuscript apart and piques the agent or editor’s curiosity/attention. The first line should capture the “sizzle” of the whole story, not just the first scene, like a tagline. This current first line sounds like a courtroom drama rehashing a well-debated topic (female criminals could “plead the belly” since at least the Middle Ages in Europe), but you’ve got a manuscript with engaging elements like a diamond theft and a women’s journey of discovery, so higlighting one of those aspects would be stronger. Something along the lines of, “A diamond theft gone wrong turns Madeleine’s life upside down” or “Madeleine’s sin could become her salvation.”] Awaiting their decision in the Prison of the Abbaye is pregnant diamond thief, Madeleine Blouet, whose death sentence has already been ordered.

After compromising herself with her sister’s husband, Madeleine is prepared to accept her fate with the guillotine, especially when she realises the Revolutionaries’ promise of liberty and equality doesn’t extend to women like her. [This line works really well because it’s personal – we learn several things about the character, conflict, and stakes surrounding Madeleine; we have a name to pin our interest on, and we learn a little about her circumstances and personality, which helps create the “sizzle” element. While the last line of the first paragraph above also tells us about her situation, there’s no emotion in it so there’s nothing to connect to.] But when her life is unexpectedly prolonged, thanks to the child growing in her stomach, she discovers a new need to survive. Entwined in the narrative, is the story behind Madeleine’s involvement, nineteen months previously, in a plan to steal Louis XVI’s famous diamond that led to both her imprisonment and pregnancy. Guillotine’s Child is complete at 83000 words. [Good title: it indicates the setting and something about the conflict/stakes.]

[TITLE is about a woman’s redemption while living through the turbulent and extraordinary circumstances of the French Revolution. The novel explores the human instinct to form connections, to find joy and laughter in the mundane and to always have hope, even when facing an onslaught of terror and uncertainty. Although it is set in 18th century Paris, it draws a parallel between politics of the past and those of our modern world. This bracketed section could be shorter. The information in it may be useful for someone considering the manuscript, but agents and editors are more likely to be hooked by what you have above – the part that’s more personal and emotional.] [Start a new paragraph here for your bibliographic information.] The story was born out of a love for this period of history which began while reading The Scarlet Pimpernel at school. Currently, I live in Cornwall and alternate writing with work as a secondary school English teacher. [I read online that you are looking for reading group fiction and hope the premise of my novel appeals. It would suit readers who like to immerse themselves in suspense and enjoy novels with unusual protagonists, such as in Imogen Hermes Gowar’s The Mermaid and Mrs Hancock or Elizabeth Macneal’s The Doll Factory. This bracketed section would normally be above. Keep the information about the book together and the information about yourself together.] Thank you for your consideration.

Antoine Fouquier-Tinville drives the beast hard, his knees guiding the flank as he rides for the Committee. Within the garden walls, he passes peddlers gathered to trade and [next – This word feels unneeded and could be cut; make each word justify its existence in the story, and especially on the first page.] the water fountain where whores flutter fans. Flexing his fingers, Antoine ponders how to explain the woman. For a man who has made his fortune from arguing, it’s unsettling when words won’t fall into order. [Good hints that he’s in trouble without dropping too much backstory on us.]

‘Out of the way for the Public Prosecutor.’ His secretary [Pierre – it’s wise not to throw too many characters at the reader at once, but since Pierre is staying with us, we should have his name.] shouts from the horse behind and people scatter like smoke. [This does a nice job of showing his power and position.]

‘Keep it brief,’ Antoine says, as much to himself as the other man. ‘We have much to do, before we’ll see our beds.’

‘As you will.’ The reply is a formality. The Committee’s questions won’t be for the secretary.

Flickering across the grey bricks of the Pavillon de Flore, the shadows of their horses arrive first. Antoine dismounts with a flourish of his gloved hands; performance he knows, is nine tenths of command. And he passes the horse’s reins to his secretary, Pierre Grelet, who is taller than he with a full head of brown hair, cut short in the latest style. Also lame with a deformed right foot, [His lameness could be shown by describing how he moves.] Pierre bends to tether their horses at the irons. While he waits, Antoine nods to an old associate, from his days at the Chatelet, emerging through the doorway. Many others are leaving the building, a handful of women, but mostly men wrapped up against the biting wind.

Antoine glances to the pointed turrets at the building’s top. Dear God, he thinks: his career; his whole life’s work can not be undone by a woman. A whore at that. Antoine spits on his finger to shine the metal button at his collar, before stepping forward to push against the drift of departing clerks and workers. With only a single lamp at the other end, he gropes his way along the corridor towards the clerical office.

‘The Committee?’ he says as he enters.

‘Upstairs.’ The clerk shifts behind his desk, his pen hovering over a half full ink pot. The twelve have gathered and now the Public Prosecutor’s arrived. He averts his gaze. There are rumours about making eye contact with Fouquier-Tinville and it is not his place to be curious: ‘I will let them know of your arrival.’ He waves a messenger to the stairway behind him.

‘All of the twelve are here already?’ The leather of his glove creaks when Antoine peels it from his fingertips.

‘Yes.’ The clerk turns to the secretary [Use Pierre’s name here; there could be a number of secretaries present, and we last saw Pierre outside with the horses.] who has appeared beside the Public Prosecutor: ‘Do you have the lists with you citizen?’

Pierre Grelet doesn’t trust himself to speak. He simply opens his satchel to remove the scrolls before dropping them onto the desk of the clerk. Pierre’s hands are clammy and a coldness has puddled at the base of his spine, despite the temperature. He knows it was the sight of the woman that has unmanned him; he’d not prepared himself for seeing her again.

Antoine removes his coat and checks the time, watching the rhythmic scratching of hands over the face of the clock in the corner. They are here already, he thinks; even Jacques whose gut bulges so wide, he needs assistance just to mount his horse. Dear God, he thinks; [You might find a smoother way to introduce Antoine’s thoughts; “he thinks” gets repetitive and keeps the reader at arm’s length.] what will they make of it?

[Overall, good job adding in small details to set the scene and in giving us enough information to establish the tension without dumping too much information on us.]

Thank you, E.B., for the critique! We are showcasing three mentor critiques each day leading up to the Pitch Wars 2020 submission window, so make sure to read the other two critiques for today and come back tomorrow for more.