Welcome to June’s Setting Workshop! From a Rafflecopter lottery drawing, we selected over thirty writers to participate. Each mentor has graciously critiqued a 500 word sample chosen by the writers from a place he or she felt needed help with setting. We hope that not only you’ll learn a little bit about setting that you can apply to your own writing, but that you’ll also be able to get to know some of our wonderful Pitch Wars mentors and their editing styles. We appreciate our mentors for giving up their time to do the critiques. If you have something encouraging to add, feel free to comment below. Please keep all comments tasteful. We will delete any inappropriate or hurtful ones. 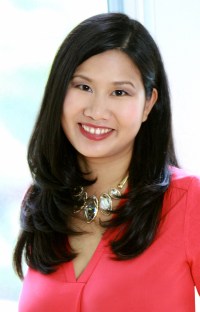 When my first-grade teacher asked me what I wanted to be when I grew up, I replied, “An author.” Although I have pursued other interests over the years, this dream has never wavered.

I am represented by literary agent Beth Miller of Writers House. I’m a 2012 Golden Heart® finalist and a 2014 double-finalist. I’m a member of Romance Writers of America, Washington Romance Writers, YARWA, and The Golden Network.

I live with my husband and children in Maryland.

I slanted a glance [you could just say “glanced” here. It’s cleaner.] out the window. Every time, I expected to catch a glimpse of the Old Planet. But all I saw was black, vast empty space. [I think you could add some detail in one or other of the previous two sentences. If the space really was black emptiness, perhaps you can say what she expected to see of the old planet — greens, blues? what does a planet look like from space?]

The Epoch1955 had been my home for the last twelve universal weeks. And though I knew it’d be years before I could download, [this verb threw me off; I don’t know exactly what you mean, and it is better to be more clear at the beginning so that the reader can ease into the world] I’d hoped to see Earth from a distance. No such luck. I glared at my wristband for what had to be the hundredth time since I left my bunk. [What is on this wristband? is it a watch? is it a map of the Epoch? Since this is science fiction, I am not assuming that it is just a watch.]

She’s not coming. [I’m assuming that this “she” refers to Ry. But it’s not clear, especially because she doesn’t seem to expect to run into Ry later.]

The halogen glow that made the corridor seem like it was daylight in the Epoch dimmed another notch, turning the stark white walls to a soft grey. [This is a great sentence. Could you add a few more sentences or small details like this?] Another peek at the time told me I should call it a night. I spun and almost ran into a worker from the south quadrant.

He ducked his gaze and stopped to let me pass.

Before I reached the end of the corridor, the elevator slid open. A unit of QEC commandos pounded out of it, laughing and shoving each other.

If I’d had time to react, I would’ve done what the worker did. As it was, the immortals [what makes them immortals? How can she tell who they are at a glance? This would be a good opportunity to add some detail.] were too damn fast for me.

“Watch it, girl.” A short, stocky guy pushed me to the side.

Pursing my lips, I looked down and let them through.

“Just when I thought this day couldn’t get any worse,” [the] short guy said, adjusting his jacket. [If she wants to nickname him Short Guy, it should be capitalized.]

“Night,” Ry, the dark-haired, statuesque girl said. [If Ry is her friend or her sister or whatever, it should be acknowledged here. The way this is written makes Ry seem like a stranger. She planted herself inches from me, blocking my view. [This makes it seem like she is talking to protagonist, not to the others.]

Smiling, [which made me feel completely lost as to why she was smiling.]I pressed my cheek against the window. It was cool and soft against my skin and gave just enough resistance to keep me from toppling over. Outside, nothing had changed.

“What?” [I thought protagonist was talking here, not one of the immortals.]

“It’s night time.” She pointed at her wristband. “And keep it down. If our Captain says we’re needed down on the planet, we go. Period. Keep your mouth shut before you lose your tongue.”

More footsteps. The laughter and chatter died down as the group disappeared in a dark blur.

[From the “Night” to here, I was really confused.]

Ry turned to me. “You okay there, little sis.”

Her eyes burned with a purple tint around her irises, [is this something artificial and specific to their world, or is it natural?] making her look more beautiful than she did before. If that were possible. [I don’t know where this emotion is coming from because I don’t understand their relationship. It feels out of the blue.] I looked down at my hands.

My eyes snapped up, heart drumming fast in my chest. She had my attention now.

This is a really intriguing beginning! Since this is science fiction, you have a lot of opportunity to add a lot of really interesting world building. You don’t need to overload us, and I think the structure of what you have is fine. However, I think if you added little details here and there, a few words or a phrase, you could really make the setting come alive for us. Also, when you are choosing which details to add, I would think about something that is specific to the world. Push yourself here and think about ways this world is different from our own. These little details can really hook a reader. I like the ending of this excerpt as well. Very intriguing. Great job on this submission, and thanks for letting me read it! – Pintip

Thank you, Pintip, for your critique. Check back every weekday for the rest of our June Setting Workshop. And get ready! The Pitch Wars Mentor Wishlist Blog Hop starts July 20 with the Pitch Wars submission window opening on August 3.