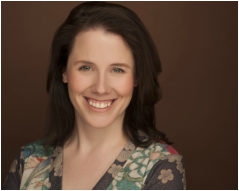 Caitlin Sinead’s novels, HEARTSICK and RED BLOODED, have received positive reviews from Library Journal, RT Book Reviews, and USA TODAY. Her writing has also earned accolades from Alfred Hitchcock’s Mystery Magazine, Glimmer Train, and Writers & Artists, and her stories have appeared in multiple publications, including The Alarmist, The Binnacle, Crunchable, Jersey Devil Press, and Northern Virginia Magazine. She earned a master’s degree in writing from Johns Hopkins University and is represented by Andrea Somberg at Harvey Klinger, Inc. She lives in Alexandria, VA, with her husband, son, and two cats. 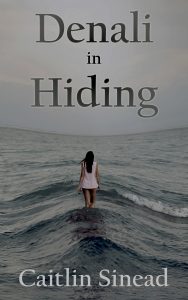 Rear view on a single lady going into the sea. Horizontal photo

Seventeen-year-old Denali can lift trucks with her mind and see remote locations on a whim, but these skills won’t save her if the American Psi Council discovers she is trying to prevent a bombing in Washington, DC.

Denali doesn’t want to disobey the hidden society that recruited her. She loves Nashquttin, an island safe haven for psis where she is free to use her mind to fly paintballs at friends and roast marshmallows without a stick. There is nothing more liberating than cracking dead trees over the ocean after a heartbreak (even telekinetic guys can be jerks).

She also trusts the Council. It’s not like they’re pro bomb. They’ve simply learned through centuries of persecution that even well-intentioned psi actions can cause non-psis to wonder, investigate, and react violently in fear.

Denali should listen to the Council. She should avoid a lengthy prison sentence. She should ignore her pesky conscience and forget about seeing that eerie man in a faraway basement with bomb materials and blueprints of the State Department. And she definitely shouldn’t let her strong, strict trainer risk his life to help her.

It’s simple. She shouldn’t try to stop the bombing.

The chimera had been dead several hours before Nigel arrived. [Story-wise, I think this is a good place to start, but this sentence needs work. Think of how you can make this more active. Also, it might be interesting to add how Nigel knows that…is he an expert in chimera deaths, did he know what killed it, etc. A slight nod to that on the first page might be nice, with further explanation later.]

All six of its monstrous eyes faced north, which was an achievement considering each of its three heads emerged from a different part of its thorax [interesting]. The golden lion eyes stared, glassy and lifeless, from the main head of the creature. A goat head protruded from the thorax [just used thorax before, vary up word choice] of the beast, black beady eyes suggesting cunning, even in death. The snake that served as the creature’s tail was twisted one hundred eighty [180] degrees around, its mouth frozen open now [delete “now”] in an eternal hiss.

Nigel ran a clammy hand down the dry scaly skin of the serpent, his professionally [you use a lot of adjectives, be careful not to overdo it] curious fingers pausing over the twisted knot where the creature’s neck, the chimera’s tail, was decidedly broken [I’d simplify this into “…knot where the snake’s neck was broken.”].

‘Most unnatural,’ [use double quotes for dialogue—if you intended this to be an internal thought, use italics] he murmured to himself.

Although it was midday, the forest was dark, as if the sun simply refused to infiltrate the canopy above [nice description]. Mist clung to the trees and furry mosses crept [great verb!] wetly across the forest floor. Nigel inhaled deeply, exhaling through pursed lips [this is verging a little into overwriting] His brow furrowed beneath his mop of curly dark hair. [This is a little nitpicky, but I feel like that last sentence could be in loads of books. That’s just going to happen in writing here and there, and that’s okay to an extent…but…on your first page, you really want your writing to stand out.]

‘Let’s begin,’ Nigel decided. [Who is he talking to at this point?]

He opened the car door and turned the key to auto, [an em dash or period might be better here] a soft electric buzz filling his ears as the headlights flooded the forest floor. He reached across the driver’s seat and pulled [add “over”] a heavy black case from the passenger side across to him [remove “across to him”]. Flipping open the top of [remove “the top of”] the case, Nigel hummed a melancholy tune. In the glow of the dome light, silver tools and glass vials glinted dimly back at him [this creates a great image and sets the tone: mystery and magic ahead!].

As I said above, I think this is a fine place to start a novel. There’s intrigue, but not too much action to make it overwhelming. You do a good job of showing and not telling—we’re getting to know Nigel by watching him, not being told about him. I think some of the writing just needs to be tightened up a bit. Be careful of being overly descriptive, cut out any excess words, and be thoughtful with your diction and sentence structure to really let your specific style shine through. Good luck!!

Thank you, Caitlin, for the critique! We are showcasing three mentor critiques each day leading up to the Pitch Wars 2019 submission window, so make sure to read the other two critiques for today and come back tomorrow for more.