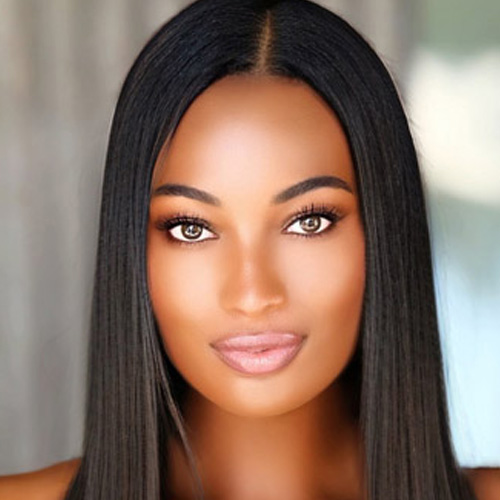 Tamara Cole is an author of young adult and adult novels. She’s been a passionate storyteller since she could remember, writing stories inspired by her diverse culture and love for all things secrets, lies, and mystery. Tamara writes novels centered around edgy BIPOC characters. Her love for scary movies, romantic-comedies, sports, and all things early-2000’s are at the heart of her novels. Tamara recently earned her Bachelor of Arts degree in American Literature and Culture at UCLA.

When not writing novels, Tamara is a screenwriter and travel influencer. She can be found traveling the world and has lived in France, been to Italy, The United Kingdom, Mexico, Belize, and plenty of other countries. With a social media platform of over 30,000 followers, Tamara documents her adventures around the globe. She is represented by Natalie Lakosil at the Irene Goodman Literary Agency. 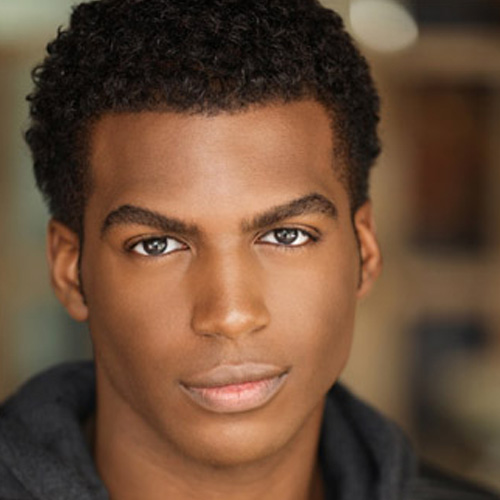 Aaron Cole is an author of novels for children and young adults, who likes to believe he’s a mixture of his character’s best qualities. His writing journey began as a film loving child, who developed a passion for writing screenplays and directing. Always a voracious reader, Aaron wrote his first novel as a teen and fell in love with the craft. Now, combining his love of film and fiction, Aaron writes speculative novels starring fearless BIPOC characters. He recently earned his Bachelor of Arts degree in American Literature and Culture from UCLA.

When not writing novels, Aaron is an actor, screenwriter, and model. As an actor, he’s booked roles on networks such as NBC, Oxygen, MTV, and Nickelodeon, among others. As a model, Aaron’s appeared in campaigns for Ikea, Giphy, Lifetime, Kylie Cosmetics and has a social media following of over 40,000 followers on Instagram. He is represented by Natalie Lakosil at Irene Goodman Literary Agency.

I am seeking representation for TITLE, a 65,000-word young adult thriller with crossover appeal that combines the pivotal plot twists of ONE OF US IS LYING, by Karen McManus, with the unreliable narrator of ALL YOUR TWISTED SECRETS, by Diana Urban. [We would suggest adding in one more comp here as well. From the nature of your query we suggest, something with similar stakes such as, Courtney Summer’s SADIE.]

Sixteen-year-old Addison Lewis is done waiting for the police to find the person who killed her sister [Very powerful and attention-grabbing opening.]. Her mother is inconsolable and the grossly incompetent Detective Harris assigned to the case has no new leads [We don’t believe we need to know the Detective’s name nor the mother’s. Adding them slows down the fast pace and makes the reader question who all these people are and not question what’s going on in the story. Our suggestion would be to cut to the chase and say for example: her sister’s case is cold with no new leads.] Fortunately, Addison has been working on the case as well … and now she has a suspect. [Very intense!]

Fortunately, Addison has a plan to apprehend the killer herself. All she needs is her estranged father’s hunting cabin and a little help from her friends to set the trap. It’s foolproof. As the clock ticks closer to her encounter with the killer, a series of mishaps has introduce a hint of doubt [We’re unsure if this works, as of right now it reads as if you’re telling that the series of mishaps is the real “threat” standing in Addison’s way to avenge her sister, but we don’t know what that “threat” could be, i.e. the police or is the killer after her now? It may be better to raise the threat, so the reader can feel the intensity as Addison is on a race against time]. But it’s too late to back out. Now, Addison must go through with the flawed plan or risk losing the only chance she has to catch her sister’s killer. [This sounds great. Our overall suggestion for the query would be to raise the stakes, make the threat level bigger than Addison’s flawed plan to catch a killer. Question how this would affect Addison’s life and if she, too, may be in danger if she doesn’t catch the killer.]

I am a licensed professional engineer with more than two decades of technical writing experience. Over the past several years, I have found my passion in fiction writing. I am a member of the Society of Children’s Book Writers and Illustrators (SCBWI), where I co-lead the Shop Talk for the Central New York Chapter.

Thank you very much for your consideration. I look forward to hearing from you.

Mallory’s voice is loudest when it’s perfectly silent. [Very engaging opening!] It’s scratchy. Like one of her old vinyls that Mom still keeps around. But, unlike those records that made a triumphant return, Mal’s never coming back.

I stare at my calendar with disbelief. It’s almost the end of September already. Next Sunday will mark a full year since Mallory slipped into the night and never came home. [We would suggest taking a pause to describe how the narrator feels in this moment. Have her thoughts stay on the night of the disappearance. What was the narrator doing the night of her sister’s disappearance? Could she have stopped Mallory from leaving into the night?]

Twelve months since a retired mailman found her face down in a ditch while walking his dog. [Again, take a pause, and explain the narrator’s emotion. It’s better to show it, rather than tell the reader what happened, we want to feel the narrator’s pain and anguish too.]

[We like that you’re doing a countdown to get to the present, our suggestion would be to space each of the calendar formats with a separate passage. It won’t slow down the pace but will give readers a better understanding of the narrator’s traumatic hard year.] Three-hundred and fifty-six days for the police to exhaust the few leads they had. They may have given up on Mal, but I haven’t.

I’m just getting started. [Very good use of agency!]

Mom’s tired steps approach. Lumbering. I count them like I do everything. Five more and she’ll reach the door. Her long shadow enters the room before she does. Fitting. A shadow is all I’ve had for a mother since Dad left us. [This is a great way to introduce the mom.]

I close my laptop as she enters. Not because I’m worried Mom’ll figure out what I’m up to. She wouldn’t bother looking. Disinterest is the sticky bond that holds us together. We’re all we have left, yet we couldn’t be more distant.

She stops in the doorway, hands gripping the molding like she’s resisting an invisible force pushing her inside my bedroom. A silk blouse hangs over her tired skin. I swear she’s shedding weight like a cat sheds fur. [Very good description!]

“Hi, Mom. How was work today?” [We moved this dialogue tag up] I ask because it’s easy. And because I have nothing else to say to my own mother.

[We quite enjoyed reading your query and first page very much. It was thrilling and enticing! Good luck in the query trenches, your story is very promising!]

Thank you, TAMARA AND AARON COLE, for the critique! We are showcasing three mentor critiques each day leading up to the Pitch Wars 2021 submission window, so make sure to read the other two critiques for today and come back tomorrow for more.