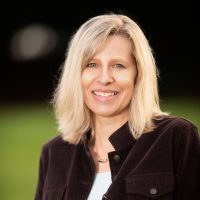 Mary Keliikoa is the author of the PI Kelly Pruett mystery series. Her debut, DERAILED, was a Shamus Finalist, as well as nominated for a Lefty, Agatha and Anthony award. It was also a 2016 Pitch Wars selection. Her upcoming Misty Pines mystery series featuring Portland homicide detective turned small town sheriff is slated for release in September 2022. Her short stories have appeared in Woman’s World and in the anthology Peace, Love and Crime: Crime Fiction Inspired by Music of the ‘60s. A Pacific NW native, she spent a part of her life working around lawyers. Combining her love of legal and books, she creates a twisting mystery where justice prevails. When not in Washington, you can find Mary on the beach in Hawaii where she and her husband recharge. But even under the palm trees and blazing sun, she’s plotting her next murder—novel that is. You can learn more about Mary at MaryKeliikoa.com. 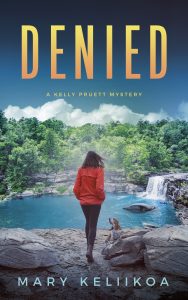 PI Kelly Pruett’s search to locate a former classmate’s missing father ends in what appears to be a tragic accident. Kelly will play a high risk game of chance with a killer willing to gamble everything to win.

[I would take this first paragraph down to where your comparables are, and tie it in there.]

I am writing to seek your representation for my first novel, [You can lose this first part simply because it’s a given that you are seeking representation] (Title) [Remember when using the title of your book to put in all CAPS], a commercial/reading group fiction [I’d suggest using just commercial here…or upmarket perhaps?] novel of 90,000 words about sixty-year-old Bill, who is desperate for a return to normality but faces the biggest responsibility of his life. [If you take this Bill sentence below, you can delete in this paragraph.] I’m submitting to you because my book matches a lot of the things you like in a book, including the small and the intimate and a strong sense of setting. [Perhaps reference where you’ve seen the info: “A suggestion: Your bio suggests an interest in small and intimate novels with a strong sense of setting. I believe (title), a 90,000 commercial fiction novel, might be a good fit.”]

An Englishman who dislikes strangers trapped in a Greek village. A mother’s obsession leads to a tragic fifty-year case of mistaken identity. [If this info ties to the past information that Fotini has—then I’d tie this info down below.]  An airman in Occupied Crete hiding with mountain shepherds. [Intriguing! Can this be worked below into the part of the past and secrets?] [This paragraph feels very vague by itself, and doesn’t tie to Bill wanting to return to normalcy, so it feels confusing. I would suggest losing this paragraph in its entirety or rework into the main part.]

[While there are varying opinions on how to start a query, I believe this paragraph should go first to engage the agent immediately.] Before his wife is discharged from a temporary care home, Bill Marsh needs a break and goes to Crete. [Go for a stronger hook, and perhaps bring down that earlier sentence: Bill Marsh is sixty, dependable, salt of the earth–and says he wants a return to normalcy in his life. His actions say different when he learns his wife will soon be released from a temporary care home and he escapes to Crete desperate for a break. (Or something along those lines so we get a sense of who Bill is and why he’s running off.)] Unfortunately, the locals have no intention of leaving him alone [why?] and try to win him over with food and friendship, especially coffee shop owner and fisherman Babis. [Give us a reason why they are motivated to do this and how it’s important to the story—You could shorten it to just say while there he befriends a fisherman, Babis….] At a wedding party Bill meets a woman, Fotini, who could change his life [why? Is this at Babis’ insistence (if that is the case…go ahead and mention that): Babis drags Bill to a wedding party where he crosses paths with Fotini, a woman that holds secrets of his past.] First, he must believe her account of the past [is this the mistaken identity information? I’d bring that in here.] and fill in the missing pieces, but that will involve confronting the monumental secrets concerning his late parents, facing his responsibilities and learning to put others first. [And what happens if he doesn’t do these things? What’s at stake for him if he doesn’t confront this past?]

[Bring down the top and have it lead into this.] [It would appeal to fans of [Two comparative titles are remove this part] All the Lonely People (Mike Gayle) and Those Who are Loved (Victoria Hislop). [and the novel has universal themes including family, friendship and loss.-delete] The target market is women aged 40 and above. [Rather than be specific to women over 40, perhaps go the route of broader appeal: I believe this novel would appeal to women who enjoy novels that touch on universal themes of family, friendship and loss.]

I am half English and half Greek and moved to Greece from London to pursue my ambition of becoming a novelist. I spent time in a village on Crete writing this novel and researching the history of the island during WWII. [This is where you can show your personality: My heritage is English and Greek, and to pursue my dream of becoming a novelist, I left my London home for Greece. My time spent in a village in Crete led me to their WWII history and this story was born. (Just an example of course. But wanted to remove the “I” beginnings and expand on you a little bit, perhaps your passion for the subject, etc.] I have had some short stories [My short stories have been] published in literary journals [Be specific as to which journals your work has been published]. [Dedicated to improving my craft,] [and – delete] I have completed numerous creative writing courses and [have] attended writing festivals, including those organised by Jericho Writers. I have worked in the Royal Navy, in West End theatres and as a Personal Trainer. [I don’t think you have to say what you’ve done in the past unless it relates to your ability to write the novel. The Royal Navy is interesting and maybe adding what you are currently doing versus past jobs? Is there something in your past that has made you love this topic in particular? Perhaps the Royal Navy is enough]

‘I can’t go back’ Florence said, taking a sip of stout as the afternoon sun glared through her kitchen window and onto the table, casting shadows around them both. [As is, this line doesn’t draw me in… it doesn’t tell me anything about who Florence is or how she’s feeling. Perhaps you can go a little further. “I can’t go back” ….. them both. Her hand tightened around the bottle. She wouldn’t go back. Not after the way she left things. – This is only a suggestion as I don’t know the story, but something that raises a question in the reader’s mine and entices to go further.]

‘But what about Theo?’ Rita asked, ‘what if he doesn’t come back [instead of come back, to avoid the repeat of “back” perhaps use “return”]? What if he does come back for that matter, how do you think -.’

Florence raised a hand to silence her best friend. The telegram was in the plate cupboard behind them, she didn’t need reminding that Theo was missing, presumed captured. Rita had burned her own telegram which stated that her husband had deserted in France. For months she’d refused to believe it, until she heard he’d absconded with a French woman in Nomain and now she longed for the day to hear he’d been shot. Preferably with his strumpet. If there was anything worse than being betrayed by your husband, it was having your mother proved right that your husband had a roving eye. [Love this last sentence! It shows her voice and reveals the relationship with her mother in such a great way!]

But Theo was different, a good man who wouldn’t desert [his King or *]  his wife quite so easily. [Why does she think that? Had he always been loving, doting…?] [A technical engineer at a laboratory in Greenford, he’d met Flo at the start of the war and a few months later they’d married and moved into the flat she’d grown up in.] [This sentence is backstory that I think would be better later. Perhaps used it in a flashback of Flo’s memories of her husband. You could create a moment of seeing their relationship in the way he courted her and her impression of him to draw the reader into feeling her loss (if that is what happens) rather than just a summary of info.] [* – I would put the king reference here and tie it into this-but expanding to tell us more about her husband. – He wouldn’t desert his king either. When London was pounded by attack after attack, he was called up to the air force. Flo could still see the determination in his face as he nearly ran out the door to join the air force and was assigned to repairing planes in Egypt and Greece. – Again, only a suggestion, but don’t miss any opportunity to reveal character.] Then, even less months later, when London was pounded by attack after attack, the protection of his reserved occupation became one of the casualties and he was called up to the air force and joined a unit repairing planes in Egypt and then Greece.

Thank you, Mary, for the critique! We are showcasing three mentor critiques each day leading up to the Pitch Wars 2021 submission window, so make sure to read the other two critiques for today and come back tomorrow for more.