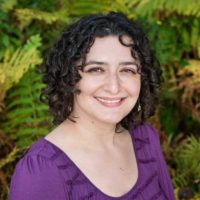 Laura Brown lives in Massachusetts with her quirky abnormal family, consisting of her husband, young son, and two cats. Hearing loss is a big part of who she is, from her own Hard of Hearing ears, to the characters she creates. She has two books out with Avon, SIGNS OF ATTRACTION and FRIEND (WITH BENEFITS) ZONE. Her upcoming book, A PERFECT MISTAKE, will be published by Lakewater Press summer of 2019.

Penelope didn’t like surprises.  They were usually things like surprise phone calls from the hospital, or the police, or your mother telling you that yes, she really is moving in with her idiot boyfriend and you need to box up all your childhood memorabilia and somehow find a spot for it in your 2×2 square foot apartment. Nice opening! People who valued surprises as pleasures, Penelope knew, were among the stupidest of the human race. Not a fan of this line. Not only does it run the risk of alienating your reader in the first paragraph, but it takes me away from the rest. I think you can remove this.

Today’s bombshell was no different – (Nitpick: this should be an emdash—and it should touch both words) Penelope’s boss had sprung a public speaking engagement on her. To make things worse, her mother was late again. The first paragraph mentions bigger surprises than these, can you take a moment to let the reader feel why public speaking is bad for Penelope? I’m wanting some show, some depth into your MC. All Penelope wanted was one sympathetic face to focus on before her eyes crossed and she did something colossally stupid. Penelope glanced around the room anxiously, peering through the crowds of people and trying to unsuccessfully spot a short brunette woman in the mass of humanity. I’m confused: is she public speaking or searching for her mother or both? I got lost at the sympathetic face line. I think if you expand and grow the scene that will take care of this confusion.

There were many who answered that description, but their faces swirled together and bore no resemblance to anyone. The crowd had taken on monster-like proportions and seemed likely to steal her soul or suck her blood or laugh at her knock-off shoes. Penelope glanced down nervously. Since this is the first page, can you remove the adverb, show her being nervous. You’ve got that started with her describing the crowd. You could have her glance down and rub one foot on the other. They were very good knock-offs, at least. Haha! She hadn’t even scuffed them yet.

Penelope’s mother had promised she would be here. That meant there was at least a fifty percent chance she would actually show up, and Penelope had hoped against hope that maybe the odds were slightly higher. If Penelope is used to Mom not showing, shouldn’t she be a little more prepared? She turned away from the crowd with a small sigh, and tried to focus.

She surreptitiously another adverb. Adverbs themselves aren’t bad, but they often replace show with tell and can weigh down first pages. Remove whenever possible and only keep the ones where nothing else will work. In this case, I think you can remove the word without losing anything. wiped her sweating palms on her skirt and gave a nervous titter no one could hear. Who knew palms could actually sweat? Penelope had been sure that was just something one read in a book, but here it was, real life, and her palms looked like she had washed her hands and done a highly inadequate job of drying them. Here your voice comes out and it’s great!

“Ready, Pen?” Grinning broadly, Penelope’s boss, Ron, gave her an awkward pat on the shoulder. “You’ll do great. What’s the worst that could happen, anyway?” I’m confused as to why she’s with her boss and looking for her mother. Would mom be coming to this presentation?

“Besides thousands of irreplaceable artifacts being lost to history? Nothing, I suppose.”

The worst that could happen would be that I could give this speech to hundreds of people and they could all walk away without giving us a dime, This should be in either italics or quotes, at first I thought there was a switch to first person. Penelope thought ruefully. The non-profit, privately owned history museum-cum-archive she worked for, The Museum of All Things Known and Unknown, would be flat broke if Penelope and Ron couldn’t convince someone, anyone, to give them some real cash. Penelope was supposed to reel them in with talk of the vast historical treasures the museum held in reserve, and Ron would use her start to pump the crowd for money.

The financial situation at the museum had become so dire that Penelope hadn’t even taken a paycheck in the last month, swallowing Ron’s assurances that she would be compensated in full just as soon as some big donors came through. “They’re going to call today!” was his mantra, but it seemed as if today was more of a conceptual thing than an actual date. I’m intrigued by what is going on with her job and the museum. I’m not sure how that relates to Mom and wonder if getting right to the museum might be stronger. If Mom connects, I’d suggest giving the reader a reason why.

I know I have a lot of notes here, but I think this is a strong opening and with some tweaks could be stronger. I notice that you do not have this double spaced. If that was just for the first page, then okay, but if your entire manuscript is spaced this way, I suggest changing to double space, no additional space between paragraphs. Most agents prefer it this way, it’s easier to read and make notes.

Thank you, Laura, for your critique! 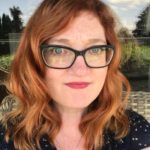 Gracie West is a card-carrying member of team INFJ. From her home in the shadow of the Canadian Rockies, she teaches high school mathematics by day and writes YA Contemporary by night. Unencumbered, cadence, and shiver are among her favorite words. A proud PitchWars 2015 alumni, she’s currently drafting her third novel.

Dear Pitch Wars Blog Team,
[Whoa! Positives include amazing premise and vivid writing. But, this is a little over twice as long as it should be. It also lacks focus on the main character’s journey. In order to help pare it down, I’ve tried to leave pieces that follow the “hook/book/bio” formula intact. What’s left is a good start at answering the three key questions all good queries must address: What is the character’s goal? What obstacles are in the way of his goals? What will happen if he doesn’t accomplish his goals? What you’re left with captures the goal/obstacle/stakes cycle of his career in the comics industry. What’s missing are the obstacle/stakes elements associated with building a relationship with Dayna. The good news is that you have about 30 words left with which you can work those in.]
Ross a childhood friend and the girl of his dreams.
When Bard and Dayna meet their idol, famed comic book creator Stanley Jack, he gives them more than his autograph—he gives them a riddle, a map which leads them into the desert, long- buried and ultimately, the internship of their dreams [Be careful! You’ve used the phrase ‘of their dreams’ twice within your query. You want to avoid repetition and cliche, so consider revising.]: write the story’s final issue, .
But Stanley Jack did not tell them the whole story.
He neglected to mention the part where his characters, and now theirs, are real, thinking and feeling beings, trapped in the world created by the writers.
Now, the characters will have to work together to stabilize the comic book world before one villain’s attempt to become real tears it apart.
The Sacred Seven is a completed Young Adult Fantasy Novel of 95,000 words. It pays homage to the comic books of the past but is also a look into the evolution of the genre and a challenge to the conventions of the comic industry. It features 90’s nostalgia and comic book ‘Easter eggs’ for adult readers along with characters and action sequences for a YA audience. [Great bio!]
Thank you for your time.
Thank you, Gracie, for your critique!Interested in more critiques? We’ll be posting them up until the Pitch Wars submission window opens on August 27. Hope you’ll come back and read some more.