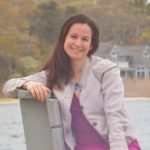 Diana Gallagher is a gymnastics coach and judge, former collegiate gymnast, and writing professor. Her work has appeared in The Southampton Review, International Gymnast, The Couch Gymnast, The Gymternet, and on a candy cigarette box for SmokeLong Quarterly. She’s represented by Tina Wexler of ICM Partners and her contemporary YA novel, Lessons in Falling, released in February 2017. She’s co-mentoring with the fabulous Katrina Emmel. 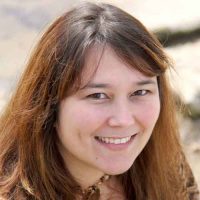 Katrina grew up in New Hampshire and has been migrating westward ever since. Now a Californian, she work as a technical chemistry consultant, and writes YA and adult contemporary and historical romance. In Pitch Wars 2017, Katrina co-mentored with Diana Gallagher. 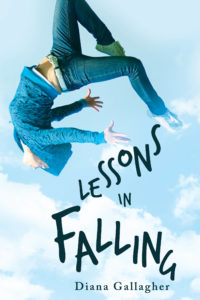 After an injury ends Savannah’s dream of a college gymnastics scholarship, she quits despite her parents’ protests. She won’t risk breaking her body—and heart—again.

LESSON TWO: Catch your best friend when she falls—or regret it forever.

Rules are meant to be broken, according to Savannah’s best friend, Cassie—and it’s more fun to break them together. But when Cassie attempts suicide, Savannah’s left wondering how well she really knows her.

​LESSON THREE: Learning to leap forward, not knowing where you’ll land, is the hardest of all.

Falling for Marcos wasn’t part of the plan. Not only did he save Cassie’s life, he also believes Savannah can still achieve her dreams. Except Cassie thinks Marcos and gymnastics will only break Savannah’s heart.

As Savannah tumbles and twists through toxic friendships and crushing parental expectations, she realizes you never know who will be there when you fall.

Blending the haunting winter backdrop of Winterwood, the vicious forest of The Devouring Gray, and the cultish roots of Hereditary [all titles should be in caps], TITLE is a YA Horror complete at 80,000 words. [Love the strong descriptive words here!]

Three years ago, a woman’s mutilated body was plucked out of the Morguewood Forest. That very same week, Wilhelmina “Wil” Greene [how old is she?] buried what was left of her mother in the frozen earth. [Is her mother the same woman who was found in the forest? If so, these feel like they could be the same sentence.] Living in a run-down, failing motel with her widowed father, the death [We love the tension, but can you add more by qualifying “death”? Was it unexpected, violent, horrific, etc.?] of her mother has left her numb and her father emotionally vacant. With zero leads for her mother’s killer [are the police still searching? Is she?], Wil’s only dream now is to forget it even happened. One day, she’ll flee Michigan and leave her past buried in her wake.

Heir to his family’s business [what type of business?], Elwood Clarke has never had a say in his future [how old is he?]. Tired of feeling different from his classmates due to his insular, close-knitted community [how does the “insular, close-knitted community” cause him to feel different from his classmates? Does he have bigger goals/dreams than they do?], Elwood sneaks out for a night of freedom. [is this a common occurrence or a one-time deal?] He returns home to find his straight-laced parents and the rest of his community bathing in blood [what defines his community? Where does he find them? What is the relationship with his parents like? Are they close? Distant? Loving? Demanding?]. Naked and inhuman, they aren’t preparing to welcome him into adulthood. They’re preparing to harvest him. [We’re getting a little tripped up over the connection between the sneaking out and everyone being ready to harvest him. Is it because they think he’s trying to escape his duties as heir? Is it due to his goals/dreams? What exactly is the purpose of harvesting him? Is this a surprise or have they been preparing him for this?]

When Elwood Clarke [don’t think you need “Clarke” here] shows up at Wil’s motel in the dead of night—hypothermic and soaked through with blood–[this should be an em dash] she has little choice but to try to keep him alive.  [This line does a nice job of showing how their trajectories intersect!] They bunker down in Wil’s family motel while a fierce blizzard rages outside, forcing them to confront their own demons. [Not sure you need the detail about the blizzard – instead, it feels like you could combine the bunkering down with unraveling the truth. Unless the blizzard is another “character”?] As they unravel the sinister truth behind Elwood’s identity and the death of Wil’s mother, they unknowingly inch closer to their own open, waiting graves. [While “unknowingly inch closer to their own open, waiting graves” is certainly a grim image, it makes it sound like the book is told through an omniscient POV — but the pages show it’s told in first person. It also makes it seem that for all of their efforts, Wil and Elwood lack agency. Do they discover the town’s dark secret mentioned in the final line?] The town’s dark secret has been closely guarded for hundreds of years, and the Morguewood intends to keep it that way. [We’d love to see this query end with what Wil and Elwood are planning to do about this.]

The query is filled with imagery and certainly evokes the setting. We love the strong descriptive words that help set the tone. While it hits on all the important parts of a query, there are some places where we think you could shake off the extra descriptions—particularly in the final paragraph—and focus more on the characters’ desires, agency, and what they must do to escape Morguewood once and for all. What are the stakes if they fail? What awaits them if they succeed?

God had no part in today’s lunch menu. The cafeteria lady spoons a heaping of grease onto my sandwich, not even flinching as it splatters back onto her skin. The “entree” is paired with a couple sprigs of wilted lettuce and a fruit cup—bruised and battered pears swimming in liquid sugar. Appetizing.

I drag my tray over to the only person in the school I care about. Ronnie’s sitting in the far corner of the room, glaring at anyone who gets too close. [These opening lines do a great job of establishing the setting and Wil’s voice!]

“Wow,” she draws out when I approach, her raccoon eyes bulging at the sight of me. “Thought you dropped off the face of the Earth.”

Ronnie and I get along for plenty of reasons. Namely because she puts up with my endless tirade of bullshit. [Curious about what Wil’s “endless tirade of bullshit” sounds like, as she’s fairly quiet on this page.] You’d think after skipping class all the time, she’d drop me, but she never does. [Is Ronnie very much the sort to earn the award for perfect attendance?] I stroll back into her life with a stupid smile, she makes a joke or two about seeing my face on a milk carton, and then we pick up like nothing happened.

“Lord, I wish. Maybe then I wouldn’t need to look for a new job.” I tell her, taking my seat beside her.  “Nice hair, by the way.”  I nod towards her electric-blue roots. She was sea-green last time I saw her. I have to say, the bright blue is a nice change. “When did that happen?”

“A week ago actually. You should have seen the way my mom flipped,” she tells me, fishing a bag from her lunch box. Her mom might be a controlling, egotistical harpy, but she makes some amazing puppy chow. [What does Ronnie’s mom think about their friendship?] She dumps in twice as much powdered sugar into the mix, enough to rot your teeth. [Love this detail at the end!]

The voice and setting are established really strongly in this opening page. The sample page does a good job of pulling the reader in and flows smoothly. We’re curious about the voice of the novel as the story progresses: does it maintain that same dry, cutting narration? If so, could that be reflected more in the query?

Thank you, Diana and Katrina, for the critique! We are showcasing three mentor critiques each day leading up to the Pitch Wars 2020 submission window, so make sure to read the other two critiques for today and come back tomorrow for more.