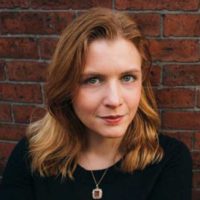 Lyndsay Ely spent her teenage years wanting to be a comic book artist. As it turned out, she couldn’t draw very well, so she began writing novels instead. She is a geek, a foodie, and has never met an antique shop or flea market she didn’t like. Boston is the place she currently calls home, though she wouldn’t mind giving Paris a try someday. Her debut novel, GUNSLINGER GIRL, published in January 2018. 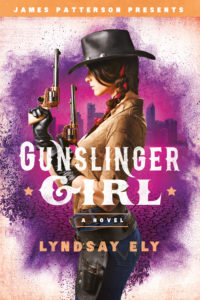 Seventeen-year-old Serendipity “Pity” Jones inherited two things from her mother: a pair of six shooters and perfect aim. She’s been offered a life of fame and fortune in Cessation, a glittering city where lawlessness is a way of life. But the price she pays for her freedom may be too great….

In this extraordinary debut from Lyndsay Ely, the West is once again wild after a Second Civil War fractures the U.S. into a broken, dangerous land. Pity’s struggle against the dark and twisted underbelly of a corrupt city will haunt you long after the final bullet is shot.

MASQUERADE is a YA Fantasy novel of 68,000 words that combines the identity mishaps of Shakespeare and the fairytales of Disney to create a new world of complex characters and relationships to unmask.  [After reading the full query, I don’t quite get the Shakespearean and/or Disney flavor. What makes it Shakespearean? Is there more than just a princess in disguise? If the tropes and elements are more common fantasy than specifically Disney/Shakespearean, maybe consider cutting this and leaning more on the author comps below. If the elements ARE strongly Disney/Shakespearean, is there a way to showcase that a little more?]

The well-loved Princess Calypso of Galendon is set to marry Prince Erik of Celadia, who has a reputation for his short temper and is universally disliked. Looking for an escape from her apathetic parents, Erik’s brashness, and her own self-hatred, she often goes to town in disguise as Kallia, a peasant girl. Upon discovering that those who worship her as a princess couldn’t be any more cruel once her title is gone, she struggles with her true identity and acceptance. [This works as character set up, but leaves me without an idea of plot. And we don’t come back to Calypso later, leaving me wondering what her part in the story is. Is she the MC? Is this her journey? What is it that warrants her getting her own paragraph in the query? And why exactly does she hate herself/care what the peasants think?]

As Calypso’s marriage nears, her mother’s is falling apart. While once deeply in love, Queen Amina and King Hayden are more distant now than ever. She struggles to rediscover the magic they had when they first met, while deciding what to do moving forward. To make matters worse, her abusive and power-hungry mother is pressuring her to betray the kingdom. [Okay, we get a hint of a start of a plot here, but I’d love to know more of the specific stakes. Are Amina and Hayden a Disney-esque romance now in decline? Is there a multi-generational conflict between grandmother, queen, and princess brewing? WHY does Amina’s mother want her to betray the kingdom, and does Calypso play a part in that?] Meanwhile, the Grand Duke Cadio seems to have his own ambitions to find love, which may involve a coup of the throne. Every character’s motivations, relationships and vendettas grow more complicated yet clear, and when royalty is involved, it could be fatal. [Unfortunately, this query suffers a common issue: it’s too vague. We get an idea of some characters, but little of the plot and stakes, which leaves this query feeling generic. What are the characters’ motivations? What are their vendettas? Is there a way to include more of the specifics of the story? What are the unique elements that would entice a reader into wanting to pick this up?]

Masquerade [capitalize MASQUERADE] takes a rich story and spins it in a new format which jumps perspectives, places, people, and times, to best discover each player in the court. Each chapter builds upon previous ones, flipping between key moments in the characters’ lives. [This is one of the more compelling parts of the query for me, as it seems to hint that this is a somewhat experimental format. If that’s true, maybe this should come sooner in the query, possibly replacing the Disney/Shakespearean comparisons?]

MASQUERADE will appeal to readers of Jennifer A. Nielsen, Kiera Cass, and any other fairytale based novels.

Thank you for your consideration,

[There are some genuinely interesting ideas hinted at in this query, but mentioned before, I think it reads too vaguely. It might help to consider which characters are truly central, what is it that they want, and then what, specifically, is standing in their way of getting that?]

Thank you, Lyndsay, for the critique! We are showcasing three mentor critiques each day leading up to the Pitch Wars 2019 submission window, so make sure to read the other two critiques for today and come back tomorrow for more.