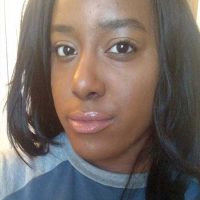 Chelsea Hensley is a children’s bookseller and freelance editor. She holds a BA in English from the University of Missouri and has interned with Inklings Literary Agency and Page Street Publishing. When she’s not writing or editing, she can be found (re)watching The Golden Girls and reapplying her lipgloss.

Fourteen-year-old Skye Ivorocono is always last — the youngest of four sisters, last to know she is being sent away, and the last hope for her dad’s experiment of unearthing a mythical magic. [“the last hope for her dad’s experiment for unearthing a mythical magic” is a little wordy and unclear. It makes it sound like Skye is part of the experiment whereas the next sentence implies she’s just there to sort of draw out information her father can use. Something like “her dad’s last hope to unearth a mythical magic” gets the point across, assuming I’m not misunderstanding what Skye’s role is here. Otherwise, I really like the start you have here, especially in highlighting Skye’s status as youngest sister.] Skye’s father sends her away to study at a monastery where a seer has answers to uncovering the magic he desperately desires [why does he want this magic so badly? Is this something about the war that starts? If so, can you work a mention of that in here so the war we hear about later doesn’t feel as out of the blue?]. Sent against her will, Skye is determined to defy her father’s wishes. Helping a neglectful father uncover magic is her last concern [so what’s her first concern? Lead with that here and how it conflicts with what she’s been sent to do. Also use this opportunity to flesh out the relationship between the sisters. Later, it seems like they’re very close and the separation is painful for them but in this first paragraph Skye seems a bit isolated. Does Skye want to get back to her sisters, and if so, does she have a plan to reunite with them instead of helping their father?], and she isn’t the only one [who feels that way].

Each beloved sister is separated. One receives a rare opportunity to pursue her singing dreams, but only if she travels to enemy territory.[the mention of enemy territory here sort of jolts us into a different component of the world here, one where it’s rife with conflict, and as you later mention, war. Can you work in the mention of a conflict in the earlier paragraph, perhaps in reference to their father’s research?] Another is left to wreak havoc with a local gang as a skilled menace and thief. [You do a good job adding in the motivations of the other sisters in this short space, except for this one. Why is she stealing? Is she doing so to also provide for the family? Because she’s bored? For some other reason?] Skye’s oldest sister, the only true parent[al] figure she knows, joins the military to provide for the family. When a war begins, prejudices and a deadly epidemic threaten to tear the continent and four sisters apart forever. Magic may be their only option. [What is magic their only option for? Are they trying to end the war? Reunite? Can they only reunite if the war is ended? This ending is a little abrupt. Can you use this opportunity to add some context for what that magic might do for them. Also, for the purposes of the query, can you be more specific about what this “mythical magic” might do? On its own “magic” is pretty vague and I think you can draw a clearer picture by fleshing it out a little bit. What does their father hope to do with it? Is there already magic present in the world and is this “mythical magic” something separate from it? From the mention of a seer I assumed there’s some kind of magic already present, so what makes this different?]

An afro-centric YA low fantasy complete at 94,000 words, TITLE is like Louisa May Alcott’s LITTLE WOMEN meets “The Powerpuff Girls.” [you can capitalize THE POWERPUFF GIRLS as well, since it is also a title]. It may appeal to readers who like multiple point of view stories like Leigh Bardugo’s SIX OF CROWS. Thank you for your time and consideration.

[I think you’re off to a really good start here! I’m a big fan of sister stories personally so it sounds very intriguing off the bat. Broadly, I’d like you to 1) get more specific and 2) keep circling back to the sister story here. I’d like to see you to be more clear about Skye’s motivations. If she’s not trying to help her father, then what will she do instead? Is she going to try to get back home from the monastery or is she just going to wait it out until her dad gives up? Later, be more specific about how war/prejudice/epidemic affects the sisters. These are things that we know to be bad but why are they bad for the sisters personally? I recommend even leading with it in the second paragraph and using it to contextualize the circumstances for each sister. One is behind enemy lines, another has joined the military, and another is at home thieving, etc which are high-stakes places to be in times of conflict. And at the end, circle it back to Skye and the magic she needs to find to help them. Also, a thread that doesn’t get followed up on much here: all the sisters are of the same mind about helping their father with his hunt for magic. You mention him being neglectful, can you tack on something about the sisters coming in to pick up the slack for him (which is the impression I got of their relationship with one another?) since their relationship is a little murky (are they close? Are they not close at all? Is it kinda complicated?). Just like my earlier comments, it all comes back to being more specific and getting more personal. And that’s it! Good luck to you!]

Thank you, Chelsea, for the critique! We are showcasing three mentor critiques each day leading up to the Pitch Wars 2019 submission window, so make sure to read the other two critiques for today and come back tomorrow for more.