Day 21 (Part 2) of the Pitch Wars Mentor Workshops with Aty S. Behsam and Maedeh B. Saaina 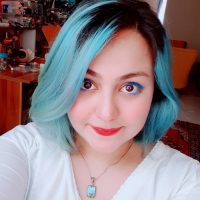 Aty S. Behsam is an Iranian writer, artist, translator, TEDx speaker, and a full-time writing mentor and teacher. She graduated in English Translation BA, and has been teaching writing and art for the past ten years, mentoring writers, story coaching, and judging in writing competitions. Aty introduced the first English Novel Writing classes in Iran, and is currently teaching the international standards of writing in her country. She has worked as an editorial assistant, cover artist, and art director in the US and the UK. Together with her 2021 Co-Mentor Maedeh B. Saaina, Aty is working on the upcoming manga DARYAN, the novel DIME A DOZEN, and the comic WHITE SATIN. Aty is the director and producer of one of Iran’s most popular podcasts, Yuri On RADIO. She has published short stories in the UK, has been a Pitch Wars mentor since 2018, and was a Pitch Wars mentee with her novel Coup De Grâce. 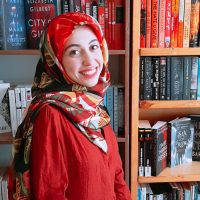 Maedeh B. Saaina is an Iranian author, artist, writing mentor, editor, and university professor. She has a PhD in Water Science and Engineering, and starting at the age of twenty-seven, she has been one of the youngest university professors in Iran. Maedeh is a children’s book and young adult writer, and has been mentoring writers for years in classes and competitions. Together with her 2021 Co-Mentor Aty S. Behsam, she is working on the upcoming manga DARYAN, the novel DIME A DOZEN, and the comic WHITE SATIN. The two are also introducing Creative Writing major in the universities of Iran. Maedeh is also the director assistant and co-producer of one of Iran’s most popular podcasts, Yuri On RADIO. 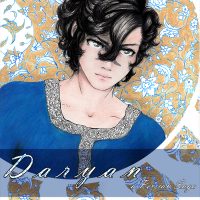 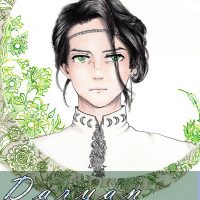 Zuri never asked to be the older twin. [Oh I love this opening sentence.] In fact, she’d prefer not to be born at all if it meant she wouldn’t have that dreaded birthmark on her shoulder, [replace the comma with an m-dash] a curse bestowed upon every royal firstborn of Shoria by The Supreme Being in exchange for the golden stool, a symbol of great power among the Akanian Empire [This sentence is too long]. It’s been three years since her kingdom was attacked by the Adze, a vampire-like species intent on human blood who’d been able to stave off hunger and live peacefully with humans until a drought brought back their original thirst [Another long sentence that says too much. Cut into two for more impact.] Since weak from years without blood, the Adze were banished from Shoria, but their need for revenge hasn’t perished [I think you can mix this and the last sentence and work them into one, short and impactful one.] Now that the mourning period is over, Zuri can once again resume her duties [I would omit this.]. Still, during the night of the Akwasidae festival, the Adze attack once more, mistakenly [why “mistakenly”? They literally attacked for revenge, didn’t they?] killing her sister and taking over the palace.

This event throws Zuri onto a journey where her life will never be the same again [You don’t need this sentence.] She is joined by a prince she is betrothed to [This is passive. “Zuri’s betrothed joins her” is active.] who clarifies he isn’t interested [But he joined her? I feel like you wanna point out the interesting stuff but at the same time hold back, which results in you contradicting your own words. Reword this part for it to make more sense.] and a street rat who hates the monarchy she is set to take over. They follow her spider-web birthmark to retrieve two objects that can defeat the Adze once and for all [Did they know this? Why didn’t they do this before the attack? They knew they were dangerous.] and to track down the mythical trickster Anansi [Too many characters and story-specific names in the query].  With her sister’s death luring over her shoulders, [“and a”] a forbidden romance constantly by her side, Zuri must figure all of it out if she has any chance of saving not only herself and the people she cares about, but an entire empire [This means the empire is more important than her beloved people… I would use “her people” instead of the empire, to give a more positive feel to the character.]

Combining fantasy with West-African mythology [WHICH I LOVE. Just saying.], Legends of Akania [Your book title should be in capitals. LEGENDS OF AKANIA], a young adult fantasy, is complete at 139,173 [We don’t use the exact word count in the query, we round the number. This would be 139,000 words. It’s way too long. A YA fantasy [especially written by someone who has not been published before] doesn’t exceed 100,000 words. There are exceptions with 105,000 or 110,000 words, but almost 140,000 is way, way too long. Also, try to include a brief bio.]

[I love your concept a lot. I would comp it with CHILDREN OF BLOOD AND BONE. But I would revise it down to under 100,000 words. Good luck!]

Once upon a time, a trinity formed between three divine beings. [Right off the bat, this is telling and not showing. We don’t expect everything to be shown, but start your story with your characters and not a history lesson.] These were: Onyame, a feminine being that is associated with the moon; Onyankopon, a masculine being that is [“was” is better. Keep your tenses the same.] related to the sun; and Odomankoma, the bonding principle between the two to become known as The Supreme Being. [I totally understand that gods in various mythologies are binary, but I would put this later in the story and not as the very first paragraph, as it is feels only binary inclusive here and also exposition doesn’t sit well at the beginning of your story. Maybe this can be said through a character’s dialogue later? Or read in a book?] This trinity presented the universe with its colossal hills, grand rivers, voluminous mountains, and vast plains farther than the eye can see where mythical creatures roam. The Supreme Being stays distant from humans but still, they are kept a close eye on due to the Abosom, who embody various manifestations of nature that often assist humans on earth.  [This whole paragraph sounds more like the synopsis of a story rather than the story itself. You have multiple names and terms that I guarantee, your readers will not remember because the introduction is weak. This is a mistake a lot of my writing students make too: Trying to get history and exposition out of the way to make telling their story easier. But we’re writers and the easy way isn’t our thing. We have to engage our readers, and sitting them down and giving them a bunch of information is not how it works. I know it’s hard, but I would cut all the history lessons out, and try to inject them little by little into the story. We have to have an image, an idea, a vision of something happening when we’re reading a novel, and telling things like this gives us only a blank shot with voiceover.]

A group of travelers stumbled upon this land and divided it among themselves where three main kingdoms were established and became: Dustia, the sand kingdom, Zuthia, the forest kingdom, and Shoria, the coastal realm. Together among various smaller villages, they came together to create the empire of Akania. [Four more names and terms and expositions…]

One day, the inhabitants of Shoria discovered gold on the coast. They were able to increase trade with other empires and become one of the wealthiest kingdoms in all the land. However, the other two kingdoms weren’t as lucky, and since one realm hides in the forest and the other in the sweltering heat of the desert, there was no gold. The two struggling kingdoms begged Shoria for some gold, and they complied. It was enough to get the two kingdoms started, but they weren’t nearly as rich and beautiful as Shoria, and therefore jealousy arose. [Would omit this entire first page. Imagine if CHILDREN OF BLOOD AND BONE (which I suggest you to comp with this story) started with the author casually explaining the history instead of showing us the character and the emotions we’re supposed to feel? How long before you zone out and then realize you don’t remember anything the story said? This is good for you, the writer, as a journal about what happened in your story’s world. But for the actual story, re-write the first pages with your characters and give us an idea and an image of the story. Something and someone to care about and follow.]

[I love the concept, and the writing is okay, but don’t forget that we don’t follow the story because the history is cool—we read it because the character is there to make us care. Really hope you revise this, because this looks like a good story. Good luck!]

Thank you, Aty and Maedeh, for the critique! We are showcasing three mentor critiques each day leading up to the Pitch Wars 2021 submission window, so make sure to read the other two critiques for today and come back tomorrow for more.