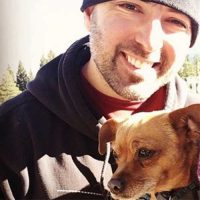 Stephen has served as an editor, writing coach, and occasional author for over ten years to produce best-selling and award-winning books. He likes stories about characters outsmarting each other, especially when authors outsmart him.

He has a Master’s in Journalism and Mass Communication, as well as a PhDidn’t when he left school to work full time in publishing. He occasionally digs into his endless pop culture trivia trove to write for ScreenRant. When he’s not writing and editing, he’s either hiking with his dog Sydney or pretending his whistling sounds just like Mariah Carey. He’s still waiting for an invitation to join her on tour.

Here are some of the books Stephen has edited. If you want to learn more about Stephen’s editing services go to his website. 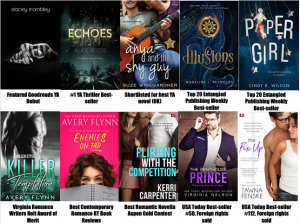 I believe my memoir TITLE [Love the title] will appeal to your interest in an emotionally searing memoir that blends narrative with journalistic reporting. It is the story a of how a tumor changed my brain, but how I had to lose my father to his own brain injury before I could understand. [Nice. I like how you tell us exactly what to expect.]

Lost in the crowd of nine children, I find the fastest way to stand out is through a series of real but inflated injuries and illnesses, from broken bones to migraine headaches. My siblings even call me the “Brain Cancer Kid” years before I develop a brain tumor. Yet, when I have seizures that feel like déjà vu, I tell no one for almost a decade, afraid I am going crazy, and that I have brought it on with years of attention-seeking. [See the below note. I like the questions this brings up. I think this could be more focused though on a primary event or outcome that manifested from all of those things. Think of this as the frame for all of those experiences. As it is, I feel like the reader is doing a lot of work to put the pieces together. Just a suggestion, but see what you think of the query letter pitch if broken into this sequence: 1. What experience the book offers 2. The conflict we’ll face by having that experience 3. And close with the suggestion or grand pronouncement of why it will all be worth it.]

After eight years, I come clean and at the age of 22 am diagnosed with a brain tumor. But it is only later, seeing my father’s brain destroyed and examining his neurological disease, that I hear the echoes of my earlier diagnosis. I finally understand how rewiring the brain, changes who we are. [To me, a query needs to directly state what the story will be as well as what kind of experience it gives the reader. For me, that would mean focusing the query pitch on the questions, the confusions, the sensations that you’re trying to explain. It’s okay not to get into any finer details.

You can create a powerful hook if you juxtapose your ignorance about your own condition against the uncomfortable awareness with your dad’s injury. In one, you know too little. In the other, you know too much. If you focus on the anguish of knowing too much, almost like you’re resisting trying to understand his illness, then we’ll feel like you learning to understand his illness earned you the opportunity to understand your own injury and reclaim your life. Setup/payoff, conflict/resolution.

Suggested pitch ending: And it is in solving the mystery of the illness destroying his brain that I discover the chance to save myself before it’s too late.]

It is H is for Hawk meets Brain on Fire [Great comps!]. Readers go deep into the temporal lobe [Something beautiful about this phrase] which caused me to have out-of-body experiences, olfactory hallucinations, and a premonition of my father’s death.

The memoir is complete at 60,000 words. An excerpt was a finalist in the 2018 Coalition of Texans with Disabilities Pen 2 Paper contest [Congratulations!!!]. have worked in health care for 20 years for organizations that serve individuals with brain injuries and other disabilities, often presenting and speaking as their representative. I am a Wisconsin Writers Association board member [This is a great bio. Good job.].

Pattie, Tommy, and I were playing illegally in the living room. We were just careful enough not to shake the floor as we tackled, jumped, and climbed on top of each other on the plush carpet. That way the vases wouldn’t tip over on the tables [I really like how you start with this chaos and the threat of calamity. I think you’ll have to be a little more deliberate, however, about creating anticipation from this opening. Think of what imagery and emotion you want to leave hanging in our imaginations as you set the scene below with vivid descriptions of the house and your family. That imagery will essentially be playing like a movie in the back of our minds during your descriptions. The fact that we are essentially watching a train wreck in the back of our minds while you elegantly describe the house will create the same sensation of a compelling contrast that you say happened for you when contrasting this room with the rest of the house].

The living room was the place where my mom kept the delicate items that may have taken over our whole house, had she not given birth to nine children [I would start here. This would make a great first line. Such an interesting way of seeing things, it hooks us and provokes interest and curiosity. Then a line like the original opening where you give us an irresistible image of the calamity those nine kids are up to]. There was an orange floral velveteen sofa and white carpet. The room beckoned to us with its soft surfaces and saturated colors, such a contrast [I’m normally the first person to tell writers to ignore the writing rules clichés like “show don’t tell,” but this is a good opportunity for that one! Instead of calling it a contrast, could you use a visceral reaction to evoke the FEELING of that contrast in the reader? Is it confusing, disorienting, dizzying, like vertigo? Think of it as giving the reader a taste of what the rest of the book will feel like. If you can evoke the feeling that comes from that contrast, you’ll have hooked the reader’s mind and their emotions all in the first page] to the rest of our house decorated in 1970s sepia tones and uncomfortable fabric [good details].

My parents used the room mostly for cocktail parties with their friends, the $100 Club, a group of six couples who lived around Kolbach Park like we did. The group had organized to raise money for the new Catholic church. Each month they met at one another’s house for a potluck or for a cocktail party before going out to dinner, with each chipping in a few dollars at a time, and raising $100 a year which today seems like such a novel amount [Do you mean novel as in unusual? My impression was that you were reaching to say that today, $100 would seem like an unusually SMALL amount. Just thinking if that’s what you meant, you can also add a line at the end for what the amount was like way back then. Something like: …which today seems like such a small amount of money, but back then, it was all the club needed for an entire year].

When my parents had their friends over they entertained here amidst the fine-legged end tables topped with fake marble decorated with an assemblage of tall orange vases that appeared to be melting [Awesome description! Wow]. The high-heeled glass shoes adorning the tables were too small for my feet, but too big for my doll’s delicate appendages [Suggested line to add: Even Cinderella would have struggled]. My mom brought out small snack tables and filled them with nuts, cheese and crackers, pickled herring, and homemade bologna stack-ups, cream cheese and horseradish smeared between layers of the sandwich meat cut into squares and speared with toothpicks [You’re making me so hungry! Sounds delicious].

Thank you, Stephen, for the critique! We are showcasing three mentor critiques each day leading up to the Pitch Wars 2020 submission window, so make sure to read the other two critiques for today and come back tomorrow for more.