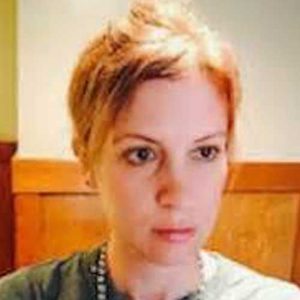 Sarah Remy/Alex Hall is a nonbinary, animal-loving, proud gamer Geek. Their work can be found in a variety of cool places, including HarperVoyager, EDGE and NineStar Press 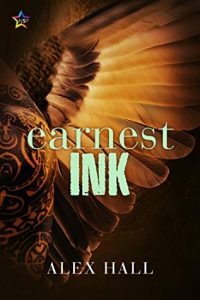 While twenty-year-old FTM Hemingway is making an excellent living as a tattoo artist in a near-future version of Hell’s Kitchen, the rest of the country is splintered and struggling in the wake of a war gone on for too long. Technology has collapsed, borders rise and fall overnight, and magic has awakened without rhyme, reason, or rule, turning average unwitting citizens into wielders of strange and specific strands of magic.

Hemingway’s particular brand of magic has made him a household name. Not only is he a talented artist, but his work comes to life. Literally.

When NYC’s most infamous serial killer—the East River Ripper—abducts Hemingway’s best friend, Grace, he has only days to save her. Hemingway teams up with his stoic cop roommate to hunt for the killer and rescue Grace before she becomes the Ripper’s latest victim. But as the duo chase clues to the serial killer’s identity, Hemingway begins to fear the magic he and the Ripper share might eventually corrupt him too.

I am seeking representation for my 128,000-word debut adult epic fantasy, TITLE: a revenge story spiced with magic, betrayal, and courtly intrigue. Think Arya [Stark? If you’re comparing characters, I’d probably do: meets (character) from Estep’s…etc. Or alternatively and more simply you could just do GOT meets.] meets Estep’s To Kill a Queen with the lush worldbuilding of Susan Dennard’s Witchlands series.

Seren Moralis never had a childhood. Born of the bastard child of a Felinae prince and a noble Primordian woman, her birth sparked a never-ending war. Since then, she’s been fighting prejudices of the Nobs and nourishing her revenge-fantasies on her late father’s kingdom. At nineteen, she stands on the cusp of finally being able to do something to end the mysterious attacks against her Republic. The Legion’s martial prowess aside, you can’t fight an enemy you can’t find.

Okay, I really like your first paragraph. It’s a little long, but it does a good job of telling us who Seren is, and it’s also full of voice. Good job.

And, wow, your second paragraph really almost finishes off the query. You’ve got plenty of stakes right there.

Pretending to be the one thing she despises—a traitor—Seren takes matters into her own hands and runs away to greet her destiny with her knife in hand. Under the eye of a suspicious Felinae general, Seren swears an oath of loyalty and trains with his recruits..and discovers the old tales are true. Not only do these Felinae have unnatural magic, she is cursed with Seersight. Only, it refuses to show her the one thing she desires to see—the enemy prince. [But she soon learnsrevenge isn’t as simple as it once seemed.]

Soon revenge isn’t as simple as it once seemed. As [Seren] comes to grips with the truth of her heritage, her own unnatural power, and the prophecy foretold at her birth, the secrets others are hiding begin to unravel. In a miasma of truth and trickery, loyalty and betrayal reaching back generations, can [Seren must] prove herself not a traitor [loya]l and accomplish her revenge? Or will she be the one to pay the blood price for her family’s mistakes.

When I’m not writing about flawed characters forced to make heartbreaking choices in fantastical worlds, I can be found exploring the Canadian wilderness with my husband and children.

Seren heard the muttered insults as if they were whispered in her ear. They weren’t. By the third, She had located the source—a young Nob with barely a full beard—across the crammed upper corridors of the Amphitheatron. Altering her course, she pushed her way through the throng of young Nobilis who were loudly celebrating the momentous night before it had properly begun. Servs in gold-embroidered tunics carried trays of Ambrosia, and drummers in golden-sheer vests kept a hypnotic beat, pierced by the high-pitched melody of double-flutes, for those inclined to imitate the decadent swaying of the dancers on display.

She did not. All the noise made the slurs echo painfully inside her head until a tug at her elbow stopped her stride. She’d forgotten all about Valera and tonight.

“Ser?” Valera tilted her sun-kissed head toward the staircase. “Your uncle’s summons?” Her friend’s open face was clear of any reaction to the insults [and untroubled.]

That Valera hadn’t heard them [the insults] wasn’t unusual. Her friend didn’t have the blood of their enemies running in her veins. Blood that cursed Seren with such acute hearing and sight she never missed a sniff or curled lip when she entered a room.

Tonight’s insults were neither new nor creative, yet it took all of Seren’s hard-earned discipline to stop from challenging the Nob to (of? Is Aequitas a place or a fight to the death?) Aequitas. Consequently, the [her] uncle’s summons had slipped her mind. No, she had wanted it to slip her mind.

On the most important night of Seren’s life, the last thing she or any pledger wanted was a summons from the patrius of their pledging House.

Thank you, Sarah, for the critique! We are showcasing three mentor critiques each day leading up to the Pitch Wars 2020 submission window, so make sure to read the other two critiques for today and come back tomorrow for more.