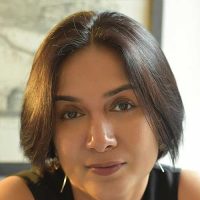 Damyanti lives in Singapore, and works with Delhi’s underprivileged children as part of Project Why, a charity that promotes education and social enhancement in underprivileged communities. Her short stories have been published in magazines in the US, UK, and Asia, and she helps edit the Forge Literary Magazine. Her debut crime novel will be out with Simon & Schuster IN in September 2019. 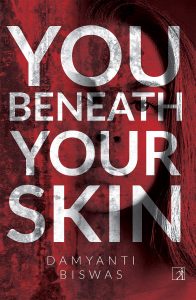 It’s a dark, smog-choked new Delhi winter. Indian American single mother Anjali Morgan juggles her job as a psychiatrist with caring for her autistic teenage son. She is in a long-standing affair with ambitious police commissioner Jatin Bhatt – An irresistible attraction that could destroy both their lives. Jatin’s home life is falling apart: his handsome and charming son is not all he appears to be, and his wife has too much on her plate to pay attention to either husband or son. But Jatin refuses to listen to anyone, not even the sister to whom he is deeply attached. Across the city there is a crime spree: slum women found stuffed in trash bags, faces and bodies disfigured by acid. And as events spiral out of control Anjali is horrifyingly at the centre of it all … in a sordid world of poverty, misogyny, and political corruption, Jatin must make some hard choices. But what he unearths is only the tip of the iceberg. Together with Anjali he must confront old wounds and uncover long-held secrets before it is too late.

It wasn’t bad, as funerals go. The minister, a rather striking redheaded woman, belying my personal stereotype of preachers, had either known the deceased (an old friend) well or had done her homework. Her personal [rephrase to avoid repetition of the word] anecdotes made his time here and his passing seem much more real, therefore simultaneously joyful and somber. Me, I prefer somber. Get it over with for crissakes. Yet, the people in attendance joked they wanted her to do their funerals, it was that intimate and genuine. For me, not so much, as my friend had taken it upon himself to leave this mortal coil on his own terms. You are a fucker, Farrell Poland. [Not sure if the abrupt phrases in a less formal voice are working. If you want to use swearwords to show voice, try and include them in the narrator’s formal lingo as well.]

I had spoken with Farry’s widowed mother earlier, so there were no remaining social niceties to attend to. I was out of there. Leaving the church, I found myself unintentionally in the line of mourners departing the sanctuary, meaning I was going to have to walk past the minister. Shit, I hate small talk, especially with people I’ll hopefully never see again, unless by providence she winds up doing my funeral too. But then I won’t really see her, the Reverend Rose Beecham, her first name aptly mirroring her hair color. It seems her god takes things literally. I was going to have to talk to her. Moving slowly along the line with all the other well-meaning but not really acquainted grievers, I found myself presented in front of Reverend Beecham [‘found myself presented’ is very passive voice—check if you want the contrast with the active voice when he talks to the dead love done.] She looked right into my eyes, and took my hand into hers, “You’re Jacob Will, aren’t you? Farrell talked about you a lot.”

So, she really did know him or had spoken with him a bit. Why I would have come up “a lot” in his conversations with her mystifies [tense change alert] me. And apparently, she recognized me from his description or a photo he showed her.

Reluctant to engage in this or any other conversation, I nodded dumbly and then numbly mumbled something. Yeah, that’s me, dumbly and numbly. It fit. [This does not add to the narrative or the voice. Consider rephrasing or even omitting it altogether.] Look, what can you say about someone who committed suicide? He was a troubled soul?  Shit, yes, he was troubled. Who the hell isn’t? But to do yourself in? I will never forgive you, you stupid son of a bitch. [Again, consider whether you want to use swearwords with this voice, and that too on the first page. Without knowing the character and the story it is hard to comment on this, but I’d suggest giving a lot of thought before colouring the voice—do it only if required, and consistent with character]. Still dumbly nodding, “Yes, I am. How did you know?”

“He described you very well.” I was right. “Could we talk after this? There are people waiting and I’d like to speak with you privately.’ [Consider adding a narrative line between two dialogues]

“There was no one else he felt as strongly about as you. You were like a little brother to him. He grew up in this church, did you know that? Just give me a half an hour and we can talk for a while. Is that OK?”

Thank you, Damyanti, for the critique! We are showcasing three mentor critiques each day leading up to the Pitch Wars 2019 submission window, so make sure to read the other two critiques for today and come back tomorrow for more.