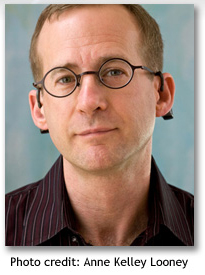 Michael Chorost (pronounced like “chorus” with a T at the end) is a technology theorist with an unusual perspective: his body is the future. In 2001 he went completely deaf and had a computer implanted in his head to let him hear again. This transformative experience inspired his first book, Rebuilt: How Becoming Part Computer Made Me More Human. He wrote about how mastering his new ear, a cochlear implant, enabled him to enhance his creative potential as a human being. The critics agreed; in 2006 Rebuilt won the PEN/USA Book Award for Creative Nonfiction. Shortly afterward it was reprinted in paperback under the new titleRebuilt: My Journey Back to the Hearing World. 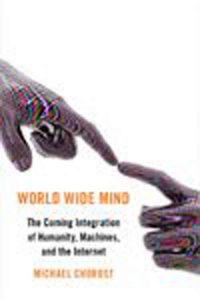 What if digital communication felt as real as being touched?

This question led Michael Chorost to explore profound new ideas triggered by lab research around the world, and the result is the book you now hold. Marvelous and momentous, World Wide Mind takes mind-to-mind communication out of the realm of science fiction and reveals how we are on the verge of a radical new understanding of human interaction.

As an American woman from the Midwest, I didn’t realize what obstacles I’d face making a life in Bavaria, for example, that it would be easier to brood turkeys from eggs than it would be to order one for Thanksgiving.

YODELER STYLE: AN AMERICAN WOMAN IN BAVARIA,my 74,000-word memoir, is an in-depth account of living in Bavaria, Germany. The manuscript would appeal to fans of Calypsoby David Sedaris and Housebroken: Admissions of an Untidy Lifeby Laurie Notaro, as well as expatriates, individuals interested in living abroad, or travelling to Southern Germany.

Urban Law states that you have to live in New York City for a decade before you can call yourself a New Yorker. If that rule applied to my village, I should be an official Bavarian with five years in extra credit. However, my Ohio upbringing remained ingrained in me as I adjusted to the Southern German lifestyle. You can take the gal out of the Midwest, but you can’t take Midwest out of the gal.

There are books by other authors about living in a foreign country, but none written by a Midwestern woman who has made Bavaria her home. I now own four Dirndls – traditional dress for women, drive 180km/hr (112 mph) without batting an eye, and am learning Bavarian from the grocery cashier. My children are bilingual, attending German school, and my Frankfurter husband speaks English as well as any native speaker, full command of swear words included.

I am a graduate of the selective Curtis Brown Creative Three-Month Online Novel-Writing Course andam a regular contributor to funnypearls.com, a website dedicated to writing by witty women.

Thank you for your consideration and I look forward to hearing from you if my memoir may be of interest for Pitch Wars.

This is a well-written and professional-sounding pitch letter. My main suggestion is that you add to it, because it’s quite short. Specifically, I suggest you say why this book would be of interest to people who aren’tplanning to live in Bavaria.

Consider the publisher’s description of David Sedaris’s Calypso, which you mention: “When he buys a beach house on the Carolina coast, Sedaris envisions long, relaxing vacations spent playing board games and lounging in the sun with those he loves most. And life at the Sea Section, as he names the vacation home, is exactly as idyllic as he imagined, except for one tiny, vexing realization: it’s impossible to take a vacation from yourself.With Calypso, Sedaris sets his formidable powers of observation toward middle age and mortality.“

This paragraph makes it clear that Calypso is not really about beach houses on the Carolina coast; it’s about selfhood, middle age, and mortality. Sedaris makes use of the facts of his life to talk about those larger themes. In other words, he works through the particular to say something about the universal. That’s what makes the book appeal to people who have never given a moment’s thought to the Carolina coast. Similarly, you need to make your book appeal to readers (and agents and editors) who will never spend a day in Bavaria.

In that vein, let me ask you: What is Yodeler Style really about? I think that when you can answer that question in one concise paragraph, you will have a much stronger pitch.

Thank you, Michael, for the critique! We are showcasing three mentor critiques each day leading up to the Pitch Wars 2019 submission window, so make sure to read the other two critiques for today and come back tomorrow for more.