Next up we have 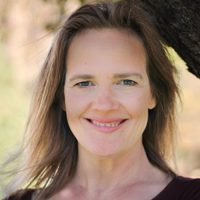 Melissa Colasanti is a mother and an author. She has a BFA in fiction from Boise State University. Her writing has appeared in Lithub, Memoir Magazine, The Coffin Bell Journal and others. She is the Stephen R. Kustra scholar in creative writing for 2019, and was awarded the Glenn Balch Award for fiction in 2020.

Your daughter went missing twenty years ago. Now, she’s finally back. You thought she had returned a few times in the past, and your husband tells you she’s not the one, but you feel it in your bones.
Now, what will you do to keep her home? 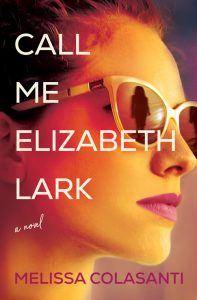 [TITLE] is an 85,000-word dual-POV adult thriller with light sci-fi elements and romantic subplot. It is comparable to Almasi’s Blades of Winter. [change the comp title to all caps in the format your book is]

AIDEN ROSE [character name is plain text] is a government sanctioned Leveler who alters her cell structures at will. She hits harder, runs faster and sees better than any other ex-marine sniper who’s supposedly dead. [I’m confused here. I assume Aiden is supposed to be dead, but I’m tripping over the sentence a bit, having to re-read to understand what you mean, which you don’t want. I’d clarify this] She employs her experimental cell mutations to kill the men who sexually abused her as a child, but when she uses a detective’s gun to kill the wrong man—mistaking him for his brother—the detective on her tail, CARTER HALE, is not only arrested for the murder (which breaks Aiden’s code of protecting the innocent) but is betrayed by a fellow officer who plants stolen evidence in his possession. [way too much info in this long sentence. How can you simplify while still getting the pertinent info across? I’m very confused, and it’s taken me several re-reads. For example, why did she use the detective’s gun? And why does a fellow officer plant stolen evidence? Remember, agents are skimming. Go for character, what they want, and the stakes if they don’t achieve their goal. This reads like you’re trying to summarize the plot, vs entice the agent into reading more.]

Aiden breaks Carter out of prison and hides him in her home where Carter discovers her true identity, but before he turns her in for murder, he must prove he’s not the mole who stole the missing girl’s necklace. [what missing girl? What necklace? Is this the evidence you were talking about in the previous paragraph?] Aiden’s past abuser threatens to kill her sister out of retaliation for his brother’s murder, [why kill her sister and not her, if she killed his brother?] and Carter is forced to help Aiden in her mission to eliminate him [if the abuser is terrible it doesn’t seem like ‘forced’ is the right word] when he realizes that Aiden’s past abuser—a man who has the same abilities as Aiden—is the key to his freedom. [I think this nugget about the abuser being key to his freedom is great! It really amps up the stakes between Aiden and Carter, too. But it’s buried in a long sentence with so much info and too many characters introduced here. We have Aiden’s sister, the abuser’s (I think?) brother’s murder…a necklace that I assume is important, but I’m not sure why…it’s all too much for a query. Entice, don’t summarize. Think of a query letter or pitch as like the back of a book jacket]

Aiden’s sister can’t know she’s alive or she’ll meet a fate worse than death and Carter must pretend he doesn’t know Aiden’s true identity until he can turn her in. [a lot of run on sentences and missing commas] So when the pair devise a plan to take down their mutual target at her sister’s masquerade ball—a plan that requires up close and personal dance practices—both Aiden and Carter must try to ignore their budding feelings in order to get what they want. [this is key—what they want is sort of buried here. I would go through and cut anything unnecessary, because it’s confusing to the agent who hasn’t read the novel. I understand it’s tough, particularly with a thriller, but you want to distill this down to the character, their primary conflict, what’s standing in their way, and what happens if they don’t get it. Bonus points if you can make that internal and personal, which you’ve done well by using Aiden’s abuser as the primary conflict. But as it is, there are a lot of plot points and characters in here that are hard to follow. Also, I’d make sure you don’t have run on sentences and simplify. Sounds like an exciting read!]

If a body hits the ground, and nobody’s around to hear it, that means I did my job. [LOVE this first line. I’d cut the “that means” to make it punchier.] It was about to rain. I could smell the ozone powering through the night air like chlorine bleach in a city pool, but it was Seattle. I didn’t need my altered sense of smell to know it was going to rain.

I picked up my casing, still warm, from a blanket of wilted pine needles. My bullet had torpedoed a thousand yards—987 to be exact—downhill, against the breeze, through my target’s sliding glass door and between his eyes.

There was only one reason the Marines discharged a sniper like me. It wasn’t because I was a woman, which had been tolerated, it was because I wasn’t a team player. [I’d rework this sentence and make sure you need all the “that’s” in the doc] My unit hadn’t liked me; I hadn’t trusted them, and that didn’t fly in the Marines.

Good thing Levelers didn’t have to work in teams. As long as I got results and kept my existence a secret, I stayed employed. Employed and alive. Laying low wasn’t hard, since according to the official records, I was buried in South Park Cemetery. It also helped that I was too messed up to date anyone and the only person who cared about me (my sister) was safer believing I was dead.

I slung my AR over my shoulder and for the hundredth time since the change, was grateful for my night vision as I sidestepped a particularly gnarled root jutting from the ground.

This opening page is great. I gave a bunch of suggestions on the query to help you make that shine. Good luck!

Thank you, Melissa, for the critique! We are showcasing three mentor critiques each day leading up to the Pitch Wars 2021 submission window, so make sure to read the other two critiques for today and come back tomorrow for more.