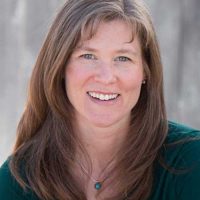 Carrie S. Allen is a Colorado girl who wears flip-flops year-round and never skips dessert. She is retired from sports medicine, and extra-tired from chasing around two kids and two dogs. She writes contemporary YA about girls who kick butt in sports. Her debut MICHIGAN VS. THE BOYS releases October 1, 2019 from KCP Loft; she is repped by SuperAgent Kate Testerman.

TAHRIIB is a multi-POV YA Magical Realism which will appeal to fans of Anna-Marie McLemore and THE FAMISHED ROAD by Ben Okri. It’s complete at 90,000 words and is #OwnVoices for the Somali heritage of all three protagonists. I wanted to query you in particular because ____. [All good information, but it is a long intro. I would tighten on a word level and move at least some of the information to the end. Starting with “TAHRIIB is an #ownvoices for Somali heritage” is a good piece of information for the agent to have up front. Why you’re querying that specific agent is also good to start with, as long as you keep it concise. Everything else can be moved to the end so that you can get to “the good stuff” quicker!]

Eighteen-year-old Hirsi doesn’t want to join the Somali military. And as he’s [Delete “And” and “he’s”—any word that doesn’t pull its weight needs to go!] the son of the Minister of Defence, it isn’t a decision that’s won him much praise. Yet [More of a “plus/on top of which” concept than “yet”—but those are weak words so you may want to reword in order to up the stakes. Along the lines of “This decision is unpopular enough without everyone finding out he’s bisexual.”] he’s been hiding the one thing he knows will set his dad and whole country against him for sure: he’s bisexual. Hirsi has only ever come out to the bird that’s been by his side since the day he was born [this is the only mention of this bird in the query, and skipping this detail would help to tighten up without missing anything], and while it hasn’t managed to chase her away, he still can’t bring himself to tell his closest friends—a girl with no heart [literally? Or in a magical or unique world sense?] and a boy who sees Jinns [I’m assuming these friends are the other POVs you mention above, in which case I would like a bit more of them in this query. I think you’ve made a good decision in choosing Hirsi as your query focus, but later on include a quick identifying intro for each main POV character and hint enough to let the agent know that each has their own complete story arc.]

When Hirsi’s boyfriend [so the bird is not the only one Hirsi has come out to] is mobbed [Mobbed because of his sexuality?] in the streets of Hargeisa, he [clarify: Hirsi, not his boyfriend] knows he must leave the country. People have been looking at him strangely ever since, and with his father urging him to marry in order to quell their suspicions [They suspect that he’s queer? Because that’s surprising, given that even his closest friends don’t know. I would also give bigger stakes than being looked at strangely. Is his life at risk?], time is running out [Time runs out a LOT in queries J Avoid common phrases. And use your real estate wisely. You only get so many words, make every single one strong and unique.] A glimmer of hope sparks in Hirsi the day a man arrives at his school claiming he can smuggle him to Europe [I was surprised to find a familiar world. I know magic exists here because you mentioned Jinns. Can you give us a few more hints as to what kind of fantasy world to expect?] for five thousand dollars. The only problem is he hasn’t got anywhere near that much money.

With the help of his best friends [I’m assuming these are the friends who were mentioned earlier. Do they know why they’re on this journey? It’s surprising that Hirsi is taking his friends from their homes to a new life if he doesn’t trust them enough to be himself around them.] and a sly Jinn [Is this the man who arrived at his school with a proposition? If so, can he be trusted? Why did he arrive out of the blue? Will he be a source of conflict on this journey?], he must secure enough funds for the passage—known as a Tahriib [My number one piece of advice is to streamline the focus of your query. If the focus of your story is the journey, and not the securing of funds, I would cut the part out about the man showing up at school, and just let the reader know that Hirsi needs to escape to Europe in order to live his life genuinely.] —or risk the same fate as his boyfriend [What was his bf’s fate? We know he got mobbed, but not how bad it was. I pictured a street fight, mosh-pit-like, but now I think his bf was killed. Give us specific stakes, let us know how dire this situation is if he stays. Either he admits his true self and is mobbed as well, or he’s forced into marriage.] However, the journey isn’t without danger, and the trio [We’ve got Hirsi, his two best friends and a sly Jinn. Quartet? Group?]  understand that their dreams of Europe are perilous [Which aspect is perilous—the journey itself or what awaits them in Europe?] at best. Hirsi and his friends must each choose between staying with all they’ve ever known or risking their lives in the hopes of a better one for them all. [This sentence is a good one to workshop. How can you make this unique and strong to stand out in a query inbox?

Thank you for your time and consideration! [Overall, I am hooked by your concept and your world, so your query is going in the right direction. My number one piece of advice is to streamline: pick one goal and drop huge stakes on us. Right now you have two goals: securing the funds and making the journey. Without having read your book, I would recommend focusing on the journey itself. Even if a large portion of the book is about securing the funds, the journey is the end goal and connects strongly to the stakes: Hirsi must leave to save his life.

Give us a tiny bit more of a hook on the characters so the reader will really want to go on this journey with them. Who are they as people? I am sympathetic to the MC because it’s dangerous and terrifying for him to come out as bi, but I want to connect to him on a personal level, too. Part of what makes journey stories so compelling is the relationship of the characters, so hint at those connections more.]

Thank you, Carrie, for the critique! We are showcasing three mentor critiques each day leading up to the Pitch Wars 2019 submission window, so make sure to read the other two critiques for today and come back tomorrow for more.