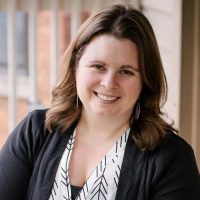 Keena Roberts is a 2019 Pitch Wars mentor for the Adult category. By day she works in global public health, writing about infectious diseases and analyzing countries’ responses to them. She grew up in a tent in her primatologist parents’ research camp in the Okavango Delta in Botswana, a childhood she wrote about in her upcoming memoir WILD LIFE (Grand Central, November 12, 2019). Her follow-up book is an epic fantasy with baboon protagonists, also based in the Okavango Delta: essentially, Watership Down but with monkeys (she is also working on a very silly and very queer YA full of swords and love triangles). She lives outside New York in the mountains with her wife and daughter, along with two cats and a dog. 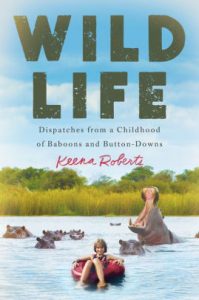 Nothing like a massacre in the night to race the heart and excite the mind.

With a twist of her wrist and an unearthly hymn through crimson lips, the Witch Queen Grestel called forth lightning to shatter the earth. [I’m glad that this opens with a bang, but the voices of these sentences don’t match. In the first, it’s a voice being quippy about a massacre as if the view was first person, but it switches to third in the next sentence. Already there’s a disconnect that throws the reader. Also, the terms “earth” and “unearthly” alerts the reader that in this world there’s an “earth” and a “non-earth”. Just make sure you mean this to be the case before you use those terms. Finally, hymns are traditionally associated with purity and holiness. It’s fine to use that word here if you mean it, but bear in mind the connotations associated with your word choices]. Arcing between steel weapons and armor, charring flesh and snapping bone [Fragment. Also who or what is arcing? And watch the noun comparisons: if you’re arcing between using two different weapons, then there needs to be a better match for “steel weapons,” since armor isn’t a weapon]. Tortured screams of the dying filled Grestel’s heart with joy.

The surrounding nations marched against her. [Hold up. “Nations” don’t march, armies and troops do]. They came for her head, but woefully underestimated her sorcerous power [again, fine to use “sorcerous” if you mean it, but be aware that so far the reader thinks of her as a WITCH queen and not a sorcerer]. She and her armies were prepared.

Breaking the spectral bonds that restrained her forces [okay, so up until now she hasn’t even been using her armies?] with a whispered verse, the familiar tingle of magic danced up her spine [nice!]. Hideous abominations flooded into battle against the last of the free people. Sword and claw clashed for control of the realm [so the free people have swords and the abominations of her army have claws. Remember that every single time you use a word to describe or arm a character(s) in your book, you’re world building and the reader will keep track of it moving forward. Make sure your choices are consistent as you move forward with the narrative].

Warriors in full plate armor were cut down by twisted monstrosities. Each was a malformed, degenerate embodiment of corruption with grasping tentacles, slashing claws, and gaping maws [can you describe them more vividly? “Malformed,” “degenerate,” and “embodiment of corruption” are all good but don’t tell me what they look like or smell like or how they fight]. Horses whinnied in terror at the sight of such fearsome creatures [“fearsome” is generic. Can you use a different term?].

Grestel watched her nightmare beasts easily break the front ranks of her enemies as she sang a chorus of devastation. Green, fiery chaos coalesced in the midnight sky far above the battle [“chaos” is not usually a thing that can coalesce. Can you use a different term?] As she chanted, warm ecstasy flooded through her [so, “warm ecstasy” has a very sexual connotation. Again, that’s fine if that’s what you mean and if Grestel does derive some sexual pleasure from killing. Just be aware that specific terms elicit specific reactions with your readers.]  She twirled her fingers and the mass of power grew into an enormous, scorching boulder. Snapping her fingers, its meteoric path drove through the night and into the very center of the enemy formation.

Those who weren’t crushed were hurled in every direction with a cacophonous explosion. Green flame lashed out in deadly tongues. Hardened steel melted and those closest to the epicenter were carbonized to ash where they stood.

Things were going quite splendidly. [Same comment here re: voice switching. Suddenly we’re back in Grestel’s head and it throws off the flow a bit].

[This is a great start! There’s action, a character we’re learning more about, and clearly some significant stakes. Generally, I would advise you to use specificity wherever possible and avoid more general adjectives like “meteoric.” While readers do understand what you’re getting at, you’re wasting a word that could be used to help describe the world in the midst of the action. Looking forward to seeing what happens next!]

Thank you, Keena, for the critique! We are showcasing three mentor critiques each day leading up to the Pitch Wars 2019 submission window, so make sure to read the other two critiques for today and come back tomorrow for more.