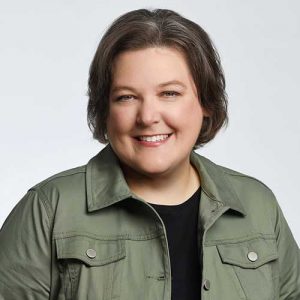 Kim Long loves to write stories with a sense of adventure, a dash of magic, and a sprinkle of science. When not writing, she loves playing board games and riding her bike (while attempting to avoid flat tires–any advice is welcome!) Her debut novel, Lexi Magill and the Teleportation Tournament, was released on October 1, 2019, by Running Press Kids. 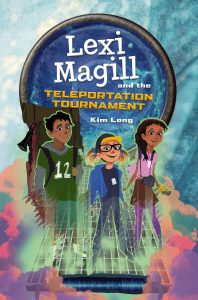 Find to buy at IndieBound

I am seeking representation for my middle grade fantasy novel Title. I chose to query you because I saw on your MSWL that you are seeking middle grade with heart, adventure, and big characters.  My book fits your list very well. [I would consider skipping this sentence. If you have a personal connection (like meeting at a conference), then mention it, but it’s better to start off with a bang—get into the story—than say why you’re querying. It’s assumed you researched and are querying an agent with a story that matches their wish list.]

Jake’s whole life has been one of meticulous order, to an extent that he has a hard time making friends and dealing with changes in routine, or when his broccoli touches his pork chop at dinner.  He has day-of-the-week pajamas and keeps his fingernails clipped and spotless.  So when he wakes up one morning lying in wet grass with dust all over him, he’s almost more worried about how he’ll get cleaned up than about the fact that he’s in a totally different world. [I love this whole paragraph! Nice intro of your main character, his background, his status at the beginning of the story! Only suggestion is to add Jake’s age, i.e. “Twelve-year-old Jake’s whole life” or whatever!]

But Jake is about to discover that a little dirt and grime are the least of his worries when he’s hunted by a wolf, has a sizzling encounter with a fire-breathing dragon, and learns that a twisted wizard bent on destroying the village where he’s ended up has taken a particular interest in him.  Jake will have to step way outside his comfort zone to survive this adventure and return to his regularly scheduled programming. [I would consider breaking this paragraph into two paragraphs and then adding a sentence or two to each that offers more details about the meat of the story. The second paragraph can start with a similar sentence, but break it down a bit. Offer some specifics on what Jake wants—to get home? To defeat the dragon? Does he have others who join him on his quest? I would add a sentence about the world and the problem in that world.

For the third paragraph, it’s the stakes, the specific goal, and what happens if he fails. Instead of “Step outside his comfort zone,” offer a more specific on what he has to do. Think instead of “save the world/kingdom,” which can be anything, it’s “capture ten dragons and bring them to the hidden cave inside the mountain no one has ever found,” or whatever. Point is to provide details of the story to pique the agent’s interest and set your story apart from other MG fantasies!]

Title, complete at 50,000 words, is a high-energy tale of growth and friendship.  It will appeal to middle grade readers who identify with unique protagonists on out-of-this world quests as in Peter & The Starcatchers and Gregor the Overlander.

I have been an elementary/middle school educator for eighteen years.  Through this book, I want to help young people grow confident in their abilities and stretch their limits, even if they have to work hard and sometimes do scary things.

Jake Bruggman lay sprawled on the side of a dirt track road.  His eyelids fluttered as he came to consciousness, but they didn’t open.  Jake took inventory of himself, something he always did when he woke up.  Before opening his eyes, he ran a systems-check.  Head to toe, he stiffened and relaxed muscles, making tiny movements.  At the same time, he was listening, orienting himself.

This morning, there were several error messages.  The light behind his eyelids was far too bright.  It made them flair orange instead of the normal deep red.  The sounds were all wrong. [How, what’s he hearing vs what he’s used to hearing?]  The surface beneath his body was lumpy and damp.  As all the data merged in his brain, yellow lights started blinking all over the place.

He opened his eyes and immediately had to narrow them to slits.  bright sunlight slammed into them, washing everything else out.  He raised a hand to block the light and blinked several times.  The fingers of his other hand curled around… grass?  Jake sat up slowly, feeling his heart start thumping in his chest.  As his eyes adjusted, he removed his hand from his brow and looked down at it and its partner.  Dusty!  Dirty!  His breath quickened.  He looked around.

He was sitting at the side of a dirt track road.  His butt was on the damp grass.  He could feel the damp working its way through his jeans and underwear all the way to his skin.  His legs were on the road, and they were already covered with a film of dust.  This whole situation would require the “Heavily Soiled” setting on the washer, most definitely.

The nature sounds were deafening.  Birds were screaming their songs.  Insects were trilling and buzzing.  [I’d move this up to when you first mention the odd sounds.] And there was another sound growing, one that didn’t immediately mean anything to Jake.  He looked around.  [You just mentioned “He looked around” in a paragraph above. A lot of times you don’t have to include the “He looked around” and can instead dive right into what he sees. Trust the reader to follow/figure out that the main character is describing what he sees.] The ground sloped gently down to his right, and the dirt track followed it down and out of sight.  To the left, it curved away from him and up over the horizon, into tall evergreen trees widely spaced.  Behind him were more of the same trees, densely packed together, with green leafy bushes growing up under them.

[Nice opening! I’d look for places to tighten, as you want to convey the tension of waking up in a completely strange new world. Granted, Jake’s taking inventory of the situation, but if he spends a lot of time describing the scene, you decrease that tension, that heart-thumping “where am I” feeling you want to convey to the reader. You might be able to shorten the description, get Jake moving with some interior dialogue, and then sprinkle in some scene descriptions as you go! Nice job! Good luck!]

Thank you, Kim, for the critique! We are showcasing three mentor critiques each day leading up to the Pitch Wars 2020 submission window, so make sure to read the other two critiques for today and come back tomorrow for more.