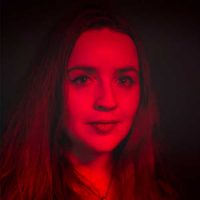 Kat Dunn spent a good chunk of her childhood in France and has a family who’ll drunkenly discuss philosophy in French until 3am. She spent the rest of her time in London, before moving to Japan and Australia, and back to London. She likes forests, collecting languages, and history (mostly the clothes).

Kat has a BA in Japanese from SOAS and an MA in English from Warwick. She’s written about mental health for Mind and The Guardian, and worked as a translator for Japanese television. Her fiction has been shortlisted for the Mslexia Novel Competition.

She currently lives in London. Dangerous Remedy is her first novel.

Camille, a revolutionary’s daughter, leads a band of outcasts – a runaway girl, a deserter, an aristocrat in hiding. As the Battalion des Mortes they cheat death, saving those about to meet a bloody end at the blade of Madame La Guillotine. But their latest rescue is not what she seems. The girl’s no aristocrat, but her dark and disturbing powers means both the Royalists and the Revolutionaries want her. But who and what is she?

Mara’s fingers ached where they gripped the rough bricks, but she refused to let the discomfort show on her face [you can cut ‘on her face’ – it’s obvious, save your words]. One last pull and she threw herself awkwardly beside her brother. Her landing left something to be desired, and she knew Jordy would wince if he had seen her lack of grace, but at least she had managed to remain mostly silent. Unless someone had seen her climbing, she was invisible from anyone approaching below. [I can’t quite picture where they are. On top of a building? Why do they need to be up there – does it give them a view of the docks? The ships coming in?]

Cal made an annoyed noise from his spot beside her. “We need to work on finding ways to train you further if you want me to keep sending you on missions,” he murmured, voice quiet [cut ‘voice quiet’ – murmuring already tells us this, and you want to save your words for other things. Or could cut entirely, as you’ve already got him making an annoyed noise, which shows us more of his character.]. Mara spared her brother only a quick glare before refocusing on their target.

“I can handle myself. And I practice as often as I can.” Her posture tightened as she watched the alley. They were in position to surprise a shipment and pilfer a portion for Snake acquisition. Or, as others would call it, steal [love this! Great juxtapositioning of their business-like language with what they’re really doing]. Jobs like these were standard for Snake members, although her brother didn’t usually join in. Mara hoped he hadn’t torn himself [away] from managing Snake business [I initially read this thinking Cal does the accounts, which gave me a very specific image of him, but maybe you meant that he runs the whole thing, which is a very different image! Maybe he ‘directs Snake business’ if so?] just to keep an eye on her. She eyed her brother and waited for him to concede that she was perfectly capable of taking care of herself [I wonder if this is a bit too much ‘telling’ – I think you could cut this line and we’d still get the idea from her tight posture].

Cal’s blue eyes, the same shade as her own, glinted when he looked at her. “Oh, really? What are you doing tomorrow then, squeezing in some training on your own?”

“There’s a garden party,” she admitted with a wince. “Elide will disown me if I miss it.” [Who is Elide? Do you need to mention her if Cal doesn’t react to her name?]

He raised an eyebrow. “Oh, a garden party. Of course.”

“You may have left that life, Cal, but you know—” [love this exchange, really piques my interest about why Mara is both a Snake but still at garden parties]

“Yes, Mara, I know you feel obligated, but you can’t expect me to actually care about garden parties. I don’t even like picturing you there, surrounded by insufferable nobles dancing in wastefully pretty dresses and playing social games.” He shifted, his shoulder bumping hers lightly. As though he wanted her to know that despite the harshness of his words, he still cared. [Okay I already love Cal, and so I’m already a little suspicious of him!]

[Such a pacey opening! It’s great that you start in the middle of the action, it immediately gives me a sense of Mara’s personality and her world. You also very skillfully build the relationship between Mara and Cal, and drop hints about who the Snakes are, how they operate, and Mara’s relationships with other characters.

Please remember with all my comments, they’re just my opinion. I’ve tried to give you my honest opinion – if you don’t agree with me, that’s fine! I think your writing is strong, I just want to help you achieve everything you’re capable of. I’ve made suggestions for what I think you could do here and there, but it’s up to you if you think they’re useful.

Just to reiterate: I think this opening is great, your prose is very clean and readable, and you build your characters well. You have all the blocks here to do something great, so I think it’s a case of fleshing out your world and really making the motivation and stakes clear. Good luck!]

Thank you, Kat, for the critique! We are showcasing three mentor critiques each day leading up to the Pitch Wars 2019 submission window, so make sure to read the other two critiques for today and come back tomorrow for more.